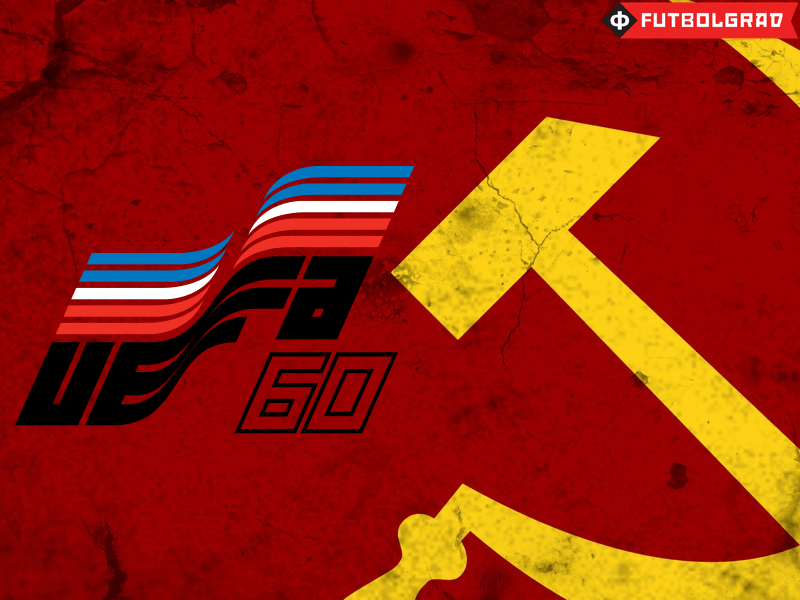 Russia is a country with a long footballing culture and tradition. With a population of 143.5 million people, and a reasonably strong league structure, it is perhaps an anomaly that the Russian national team has not made more of an impact on the international stage. The team does regularly qualify for major tournaments, and they will compete at the European Championships this summer. Not many, however, see them as serious contenders. Indeed, apart from Euro 2008, it is hard to detect a point at which Russia has truly left its mark on a tournament.

This has not always been the case, as the Soviet Union produced talented teams that were at the forefront of footballing innovation, and often competed for honors at the highest level. They also held a distinction that has eluded all the post-Soviet republics: winning a major tournament such as the Soviet Union’s triumph in the 1960 European Championships.

The Birth of a Golden Generation

The mid-1950s saw the emergence of a talented new breed of Soviet footballers. They were a symbol of the post-war optimism and confidence of a new global superpower. They also coincided with the liberalization of civil society that followed Stalin’s death in 1953. The Soviet people were hungry for leisure activities and new heroes, and the emerging football culture provided it.

Foremost amongst this golden generation was Lev Yashin. Born in Moscow in 1929, he was impressive with his performances for Dynamo Moscow, and by 1954 had become the first-choice goalkeeper for the national team. He came to the attention of the global footballing community during the 1958 World Cup, where he earned plaudits for his flawless performances and spectacular athletic saves.

Yashin has been labelled by many as the first modern goalkeeper who effectively pioneered innovations in the position that later became standard practice. He was among the first to punch the ball rather than attempting to catch it, rush out to confront strikers in one-on-one situations, and swiftly distribute the ball upfield in order to launch counter-attacks. Furthermore, at a time when keepers were largely disconnected from outfield players, Yashin incessantly barked orders at his defence. He was a true leader on the pitch. 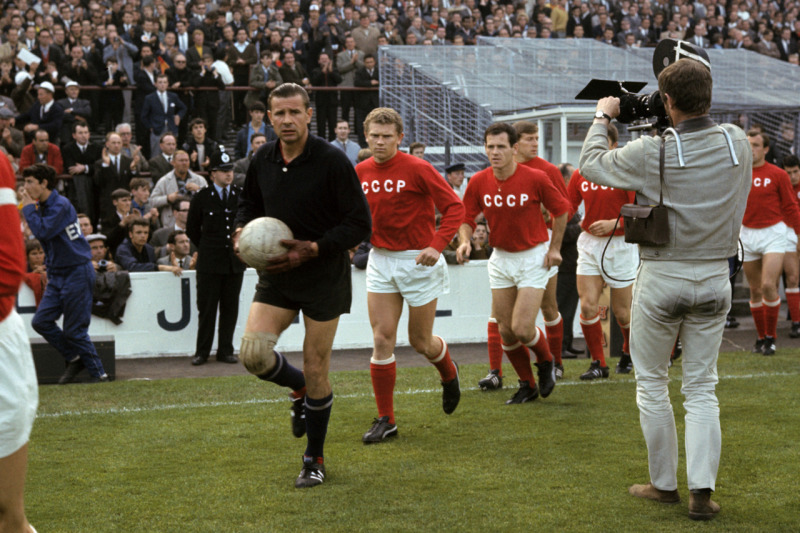 Lev Yashin was the leader of an entire generation – Image via TheseFootballTimes.com

His agility, athleticism and imposing all-black kit led to his being dubbed the ‘black spider’. A great of the game, he holds the honour of being the only goalkeeper to have won the Ballon d’Or.

Yashin was not the only legend in the team. Igor Netto was the captain of the side from 1954 to 1963. He was shy and retiring in his personal life. On the pitch, however, he showed natural leadership abilities. Netto had risen up the ranks at Spartak Moscow, who were well known for their short passing, possession based football. This was an approach that Netto stamped upon the national team by coordinating the side with his excellent vision and technical ability.

The team also had plenty of goal scoring options. The attack was led by Torpedo Moscow forward Valentin Ivanov, who was a skilled finisher, scoring 26 goals in 59 games for the USSR—he won the 1962 World Cup Golden Boot. Ivanov was also versatile, with the ability to play both on the wings and in the advanced playmaker role. He was complimented upfront by Viktor Ponedelnik, a clinical striker from Rostov-on-Don. Ponedelnik had a prolific record for his country, scoring 20 times in 29 caps.

It was the quartet of Yashin, Netto, Ivanov, and Ponedelnik that helped the Soviet Union achieve European glory in 1960. They had already tasted some success when they won the 1956 Olympic title (albeit against amateur teams).

1960 was the first UEFA organized international tournament for the continent. The European Nations’ Cup, as it was then called, was played in a two-legged knockout format, with the semi-finals and finals being held in France. Only seventeen teams entered the tournament, and the Soviet Union was assisted by the notable absence of England, Italy, and West Germany.

The Soviet Union’s first match in the tournament was against fellow Warsaw Pact nation Hungary. The Soviet Union were comfortable winners with a 4-1 victory over two legs. This set up a quarter-final clash with Spain.

Cold War politics, however, intervened to prevent this tie from taking place. General Franco, Spain’s military dictator, refused to allow the team to travel to Moscow. The Soviet Union had been the main supporter of the Spanish Republic (which was defeated by Franco in the bitter Spanish Civil War). As a result, the Soviet Union were awarded a bye into the semi-finals. Such occurrences were inevitable in a period where ideology and sports were inherently intertwined.

The Soviet team then travelled to Marseille, where Czechoslovakia awaited. Czechoslovakia had a talented team, and two years later they would reach the World Cup final. On that day, however, they were no match for the Soviet Union. Ivanov was in fine form, scoring a brace in the match. The victory was sealed by a 66th minute goal from Ponedelnik, making it 3-0.

This set up a final against Yugoslavia. The Yugoslavs dominated much of the match, taking the lead just before half time. In truth, they could have easily led by more. However, Yashin was inspired in goal, and almost singlehandedly kept the Soviets in the match. They eventually drew level thanks to a strike from the pacey right winger Slava Metreveli. The ever-prolific Ponedelnik then went on to find the net in extra-time, making the Soviet Union the first champions of Europe.

A Long and Sad Decline

1960 was the crowning moment for this gifted group of Soviet players. Decent World Cup appearances did follow, including the quarter finals in 1962, and a fourth-place finish in 1966—the USSR’s best ever performance at the tournament. They even came close to a second consecutive European title, before they were narrowly defeated by their old rivals, Spain, in the 1964 final.

Subsequently, however, the Soviet Union never again won a major tournament. As the golden generation faded, the fortunes of the national team hit a nadir. They didn’t qualify for consecutive tournaments in the 1970s. By 1991, the USSR had dissolved which introduced a number of new republics to the world. The Russian Federation, now deprived of the footballing production lines of the Caucasus, has never been able to regain the status of a footballing superpower.

This is why 1960 has grown in significance. Cynical observers will point out that the tournament they won was in its infancy and bereft of some of the biggest teams. Nevertheless, the history books will forever show the Soviet Union as the first European Champions. The image of Yashin, Netto, and company in their striking red kits, CCCP emblazoned boldly across their chests, will live on in footballing memory.

Sathesh Alagappan’s two passions are football and history. He studied history at the University of Southampton, where he took a particular interest in Soviet history. He went on to work in the football industry as a researcher. Sathesh is now a football writer based in London, and he enjoys writing about Soviet and Russian football culture. Follow Sathesh on Twitter @sathesh1992