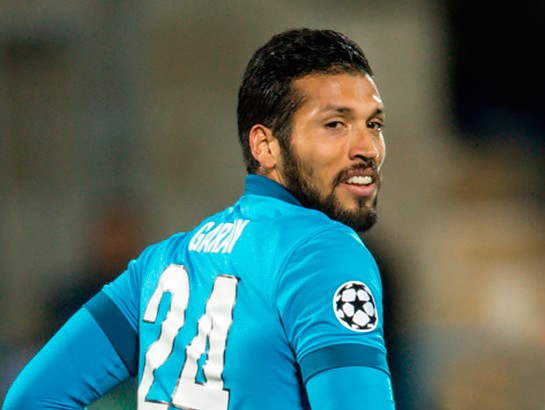 All statistics, values and average grades are for the 2014/15 season and are kindly provided by whoscored.com and Transfermarkt.de

Despite the Russian name, and ethnicity, Roman Eremenko plays for the Finnish national side. Roman moved to Finland when he was three, as his father Aleksei left the Soviet Union and Dinamo Moscow in 1990 to play for Finland’s first division team OLS Oulu. Aleksei was part of the early wave of Soviet players that would leave the cash-strapped Soviet Union for the relative riches of the west, even if it meant playing in a less competitive league or country. While both Roman and his brother Aleksei have grown up in Finland and also play for the Finnish national team, neither of the brothers stayed long due to the poor quality of the national league. Unlike his brother, however, Roman attempted to gain his footing in Italy, where he played for Udinese and Siena, before moving to the former Soviet Union. After being loaned out to Dynamo Kiev by Udinese in 2009 Eremenko made the move permanent after just one season. Yet in 2011 mother Russia beckoned when Rubin Kazan paid €13 million for the young Fin with a Russian passport. Alexei became the most expansive Finnish player of all time, and it was the Russian citizenship in particular that made the youngest Eremenko such a hot commodity for Russian football, which at the time had strict restrictions on how many foreigners could be fielded at one time. At Kazan his career blossomed, and financial restrictions, along with front office turmoil, meant that Eremenko was able to leave on a free transfer to CSKA Moscow. Since being at Moscow Eremenko has proven his true worth for the Army Men.

Ezequiel Garay was a big part of Argentina’s run to the World Cup Final in 2014, where the Albiceleste came agonisingly close to winning the World Cup. Many expected the Argentinian to make the move from Portugal to one of the big European leagues, and for a long time it appeared that he could move to Bayern Munich. But instead of lederhosen and weissbier it was caviar and vodka when Garay sealed a highly unexpected deal with Gazprom’s subsidiary Zenit. Since arriving in Russia, Garay has been one of the many reasons why Zenit has been able to dominate the Russian Premier League, with the team from the former capital currently seven points clear on top of the table. Yet Garay among others was unable to prevent Zenit falling out of the Champions League, leaving one of Europe’s most expensive teams playing only for the Europa League. In the past South Americans have shown that it takes a bit longer to adapt to the Russian game, especially in the winter which can arrive as early as October. Despite the Champions League failure early signs suggest that Garay has immense potential and that Zenit will be an unstoppable force in Russia for the foreseeable future.

Bibras Natkho is an Israeli-Circassian footballer, and therefore one of the most culturally diverse players not only at CSKA but also in the Israeli national team, where he is one of the few Muslim players in the starting eleven. Circassians arrived in Palestine in the 1870s after they were expelled from the Caucasus by the Russian Empire, and because Circassians speak Adyghe, which uses the Cyrillic alphabet; as such they are often confused with recent immigrants to Israel from the former Soviet Union. The truth, however, is that Circassians have been a well-integrated Muslim community in modern Israel. Natkho is a prime example of this as he has undergone his entire youth development in Israel and has played at all levels for the Israeli national team. Regardless of this, in 2010 he moved to the country of his forefathers when he signed for Rubin Kazan for €650,000. The strong Muslim culture, and almost Ottoman traditions of the capital of the Republic of Tatarstan, helped Natkho to quickly establish himself as one of the most exciting up-and-coming players of the Russian Premier League. In the winter of 2014 he moved to PAOK FC but returned to Russian football after just half a season when he signed for CSKA Moscow last summer where he has been a revelation, scoring 8 goals in 13 Premier League games as a defensive midfielder.

Samba’s journey from France to Russia via Berlin is at first glance the typical story of a legionnaire journeyman. Yet he may be one of the most impressive defenders in the short history of the modern Russian game. Samba’s first move to Russia came in 2012 when he moved from Blackburn to Anzhi Makhachkala. It was a time of free spending in the Russian Caucasus, when Anzhi appeared to be Europe’s next super club project. Before coming to Russia Samba had had a promising career at Blackburn, and was on the radar of several bigger European clubs in England, Germany and Spain. Instead he followed the money-paved road to Dagestan and formed a short-lived underachieving all-star team with the likes of Eto’o, Robert Carlos and several other expensive signings. Yet after just one season Samba wanted out of Russia, and Anzhi in particular, because of various instances of racism. After a calamitous stint at Queen’s Park Rangers, which ended after the club was relegated, he returned to Anzhi just to be on the move once again when club sponsor Kerimov started to downsize in the Dagestani capital, with Samba along with several other highly paid players moved to Dinamo Moscow. Here Samba has been truly outstanding both in RPL games but also in the Europa League. Furthermore, Samba has also been one of the few players in Russia to have strongly reacted against forms of racism, with one such action even seeing the player banned by the Russian Football Union. Yet despite all the obstacles Samba faces as a black player playing in Russia his performances together with Valbuena have propelled Dinamo back into contention.

Contrary to popular belief, the nickname was not given to him for his likeness to the comic character, but rather by the player’s obsession with Hulk when he was a child. Thus the other similarities appear to be coincidental, with the real-life Hulk possessing an uncontrollable power depicted by his fictional namesake. Raw strength and determination often rescues Hulk from an otherwise insipid performance. Unfortunately for both Brazil and Zenit, his invisibility has become customary on the bigger stages of the World Cup and the Champions League. Having made a €40 million outlay on the Brazilian, it is of little comfort for Zenit that Hulk has stood out in the Russian league, the bare minimum for a player once the target of Jose Mourinho during his first spell at Chelsea.

The Ukrainian runs like a racehorse, which is best appreciated from the terraces or press box rather than through a TV set.  A reliable supplier of, Yarmolenko has silenced critics of his lack of goals this season by netting 12 in 21 games. Yarmolenko’s eagerness to cut inside on to his better foot makes his style more akin to Robben or Reus rather than Shevchenko, with whom he has been generously compared in the past. Sheva is a close personal friend of Yarmolenko and the former’s advice will no doubt be sought if and when a move to the West transpires, which may please AC Milan fans.

Doumbia’s ability to score goals from nothing as well as his magnetic touch has seen flattering parallels drawn with German legend Gerd Mueller. The Ivorian first made his mark at Young Boys Bern, before moving to Moscow’s Red Army team for €10 million in 2010 despite serious interest from the Bundesliga. It proved a good investment for CSKA with the striker now believed to be worth double what they paid despite struggling to make an impact at international level for the striker-laden Ivory Coast. CSKA’s consistently dismal showings in the Champions League have limited Doumbia’s exposure to fans outside Russia, although he did score a brace against Manchester City this season. However, if the feared exodus of foreign players from the Russian top flight materialises, Doumbia’s name may be adorning football jerseys across Europe soon.

The Frenchman made the surprise move from Olympique Marseille to Dinamo Moscow after being the standout performer for France in their promising but ultimately futile showing at the World Cup in Brazil. A move to the English Premier League appeared to beckon with Francophile clubs Arsenal and Newcastle United likely destinations but the diminutive French attacking midfielder was lured to the East.

Valbuena’s longevity in Russia is in doubt due to the rouble crisis which has jeopardised the futures of many foreign players who are paid in dollars. The Frenchman could find himself drifting further east as Dinamo have already received a €19 million offer from Shenhua Shanghai. Valbuena however won’t be without European suitors either, but whether they would be willing to match the Chinese offer is unlikely.

Some might remember Luiz Adriano for an infamously unsporting goal against Nordsjaelland of Denmark in the Champions League in 2012 but, beyond that indiscretion, the Brazilian has established himself as one of Europe’s most sought-after strikers. Despite an uncharacteristically lean domestic season so far, Luiz Adriano is the Champions League’s top scorer in 2014-15 with 9 goals in 5 appearances, including a record-equalling five-goal haul in one game, against the beleaguered Belarusians BATE Borisov. There are well-grounded suspicions that Luiz Adriano’s future could lie beyond the Ukrainian Premier League with interest from Western Europe rising especially as Shakhtar appear more willing than before to prematurely sell their foreign imports.

No foreign player has left a bigger mark on Ukrainian football than the Croatian right back Darijo Srna, referred to by some as mister Shakhtar Donetsk. The club captain was one of the few foreign players to speak out on political matters during the Ukrainian crisis in the Donbass. On the pitch, the dependable Croatian has shown a scarcely matched level of consistency for club and country, and his importance and value to Shakhtar outweighs that of any of the club’s more celebrated attacking Brazilian imports.