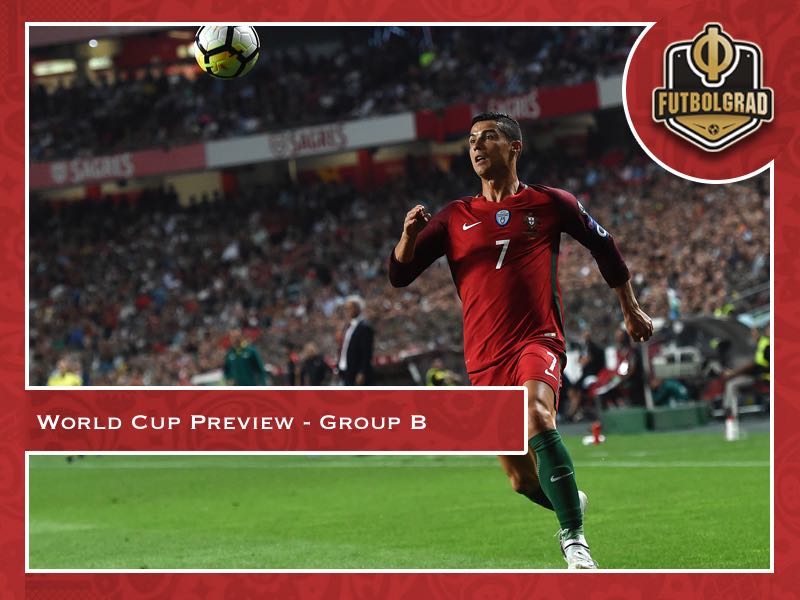 Several World Cup teams have now announced their preliminary World Cup squads, and with the tournament kicking off in less than a month it is time to look ahead to the group stage of the tournament. Up next is our World Cup Group B preview.

Group B team by team breakdown:

The Portuguese Seleção travel to Russia as the current European champion. The Tugas qualified for Russia after topping a group that included Switzerland and Hungary, the Faroe Islands, Latvia and Andorra.

Ultimately, it was not until the final matchday of the qualification round that Portugal sealed their ticket for Russia. Going into matchday 10 Portugal were three points behind Switzerland who had won the first match between the two nations. Led by superstar Cristiano Ronaldo Portugal, however, managed the turnaround by beating Switzerland 2-0 and finishing their qualification group in first spot thanks to a better goal differential.

Portugal, therefore, return to Russia after having played the 2017 FIFA Confederations Cup in Russia last summer. There the Tugas were eliminated by Chile in the semifinals and finished the tournament in third-place after beating Mexico 2-1 after extra-time in the bronze medal match.

Led by coach Fernando Santos Portugal want to use the experience gained at last summer’s tournament to play an important role this summer. But while Portugal should advance from Group B a similar run to the European Championships, where the country managed to reach the final without a single regulation victory, seems unlikely at the World Cup.

Cristiano Ronaldo remains Portugal’s biggest star. The 33-year-old, however, has shown signs of age this season and, as a result, has told teammates at Real Madrid that he will focus on key games. Hence, while he was spectacular at times in the Champions League, he was also invisible in other matches. It will, therefore, be interesting to see how his body will deal with the rigours of the tournament at the end of a long season. Other players to watch include Bernardo Silva (Manchester City) and Gelson Martins (Sporting).

Spain will be among the favourites at the 2018 FIFA World Cup. La Roja qualified after topping the UEFA qualification Group G, which included Italy, Albania, Israel, Macedonia and Lichtenstein. Dropping just two points – in their 1-1 draw against Italy – Spain were dominant throughout qualification and ultimately pushed Italy to the playoffs – where they were eliminated by Sweden. 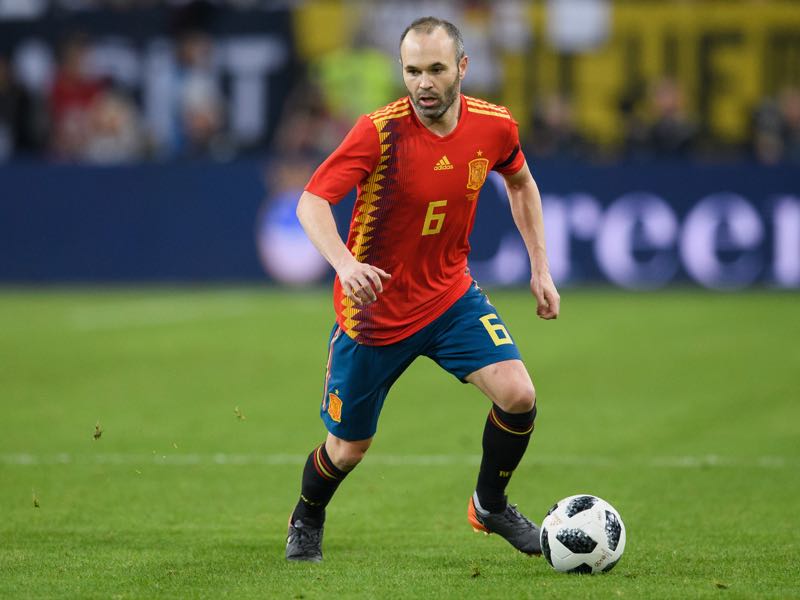 Coached by Julen Lopetegui Spain have managed their turnaround after a disappointing 2014 FIFA World Cup and a poor showing at the 2016 European Championships. Recent friendlies, including an impressive display in the 1-1 draw against World Champion Germany and a 6-1 victory over Argentina, highlight that La Roja are back among the world elite.

Returning to their dominant play Spain include several top stars from Barcelona and Real Madrid and have perhaps, together with Germany, the deepest squad at the World Cup. Hence, Spain will without a doubt qualify out of Group B and will then be among the top favourites on the road to the final.

Spain is a side that will include many stars. Much will depend on Andrés Iniesta, however, who will end his European career following the tournament. The 34-year-old has played 125 games for his country and remains the heart of La Roja’s midfield. Other key players will include Real Madrid defender Sergio Ramos, Manchester United goalkeeper David de Gea and Barcelona midfielder Sergio Busquets.

Morocco qualified for the 2018 FIFA World Cup after topping the CAF third round Group C. The North African nation finished ahead of Ivory Coast, Gabon and Mali – remaining unbeaten throughout the entire qualification process – to reach their first World Cup since 1998.

Overall this will be Morocco’s fifth World Cup and the Lions de l’Atlasnever managed to get past the round of 16. Placed in a group with Portugal and Spain Morocco will once again be a massive outsider and unlikely to advance from Group B. 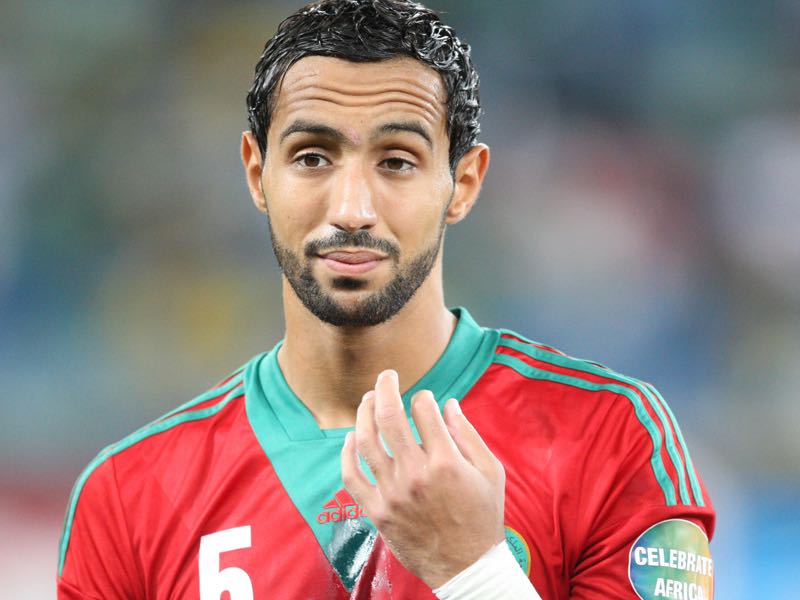 At the same time, however, the North African nation could be the difference maker when it comes to Portugal and Spain battling for a first and second place. Morocco play Iran first before facing both Portugal (at the Luzhniki), and then Spain (Kaliningrad) and those two results could prove to be decisive in the final standings of Group B.

Mehdi Benatia (Juventus) and Younès Belhanda (Galatasaray) are the country’s most recognisable stars. Both bring plenty of international experience to the squad and will be expected to lead Morocco at the tournament. But perhaps the most interesting player will be Ajax forward Hakim Ziyech. The 25-year-old has managed nine goals and 17 assists for Ajax in the Eredivisie this season and in general, is considered an emerging star in the Netherlands.

Iran are without the biggest outsiders of Group B and perhaps the entire tournament. Topping first Group D in the second round of Asian Football Confederation qualifying and then Group A of the third round of AFC qualifying – ahead of South Korea, Syria, Uzbekistan, China and Qatar – Iran have qualified for their fifth tournament.

Qualifying for the 1978, 1998, 2006 and 2014 editions of the tournament Team Melli, however, never managed to get out of their group stage of a World Cup. Drawn into a difficult group with Spain, Portugal and Morocco it is unlikely that that record will improve at the 2018 edition of the World Cup. 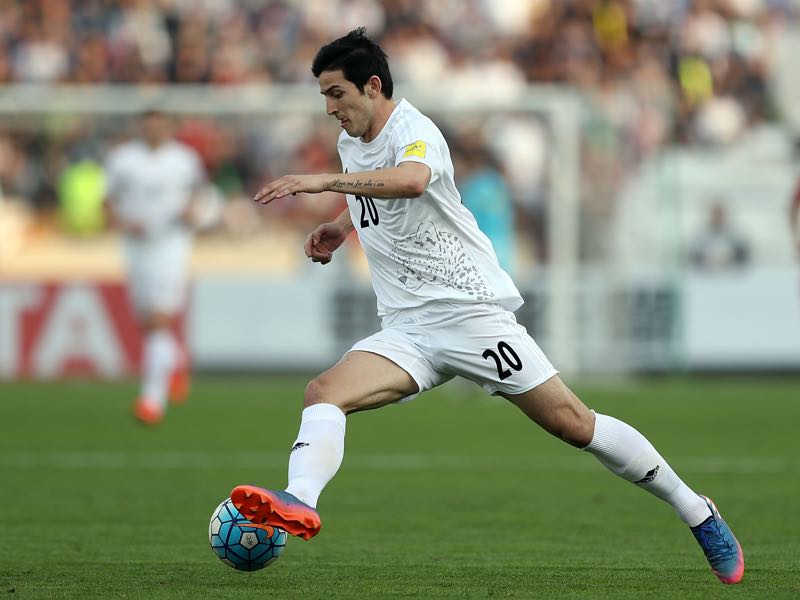 Coached by the Portuguese Carlos Queiroz Iran play an effective brand of football, which saw them concede just five goals in 18 qualification matches. That defensive stability could be key as the country embarks on upsetting the applecart in Group B.

Sardar Azmoun is perhaps the biggest star of the Iranian national team. The Rubin Kazan forward will be familiar with playing in Russia as he has been playing in the Russian Football Premier League since 2013. Stints at Rubin, Rostov and once again Rubin have highlighted that Azmoun is a special talent, who could also play in one of Europe’s bigger leagues. The forward will, therefore, try to use the World Cup to show the world that he deserves a big money move this summer.