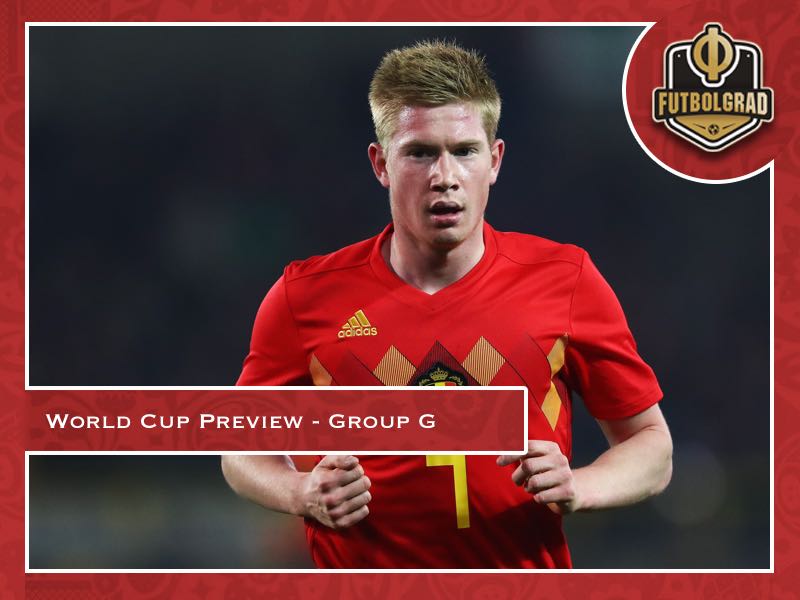 Several World Cup teams have now announced their World Cup squads, and with the tournament kicking off in less than two weeks it is time to look ahead to the group stage of the tournament. Up next is our World Cup Group G preview.

For the third tournament in the row, Belgium will be the biggest favourites among the dark horses. Some may even rank Belgium among sides like Germany, Brazil, France and Spain, who are widely regarded among the World Cup favourites.

Belgium’s World Cup qualification record with ten wins and one draw also further underlines the Diables Rouges status as a World Cup favourite. Belgium, in fact, qualified with nine points ahead of Greece in a group that also included Bosnia and Hercegovina, Estonia, Cyprus and Gibraltar.

With an impressive goal scoring record of 43 to 6 Belgium have scored as many goals in qualifying as World Champions Germany. All those stats underline Belgium’s potential even further. But there is also the stigma of tournament failures.

Four years ago, at the 2014 World Cup in Brazil Belgium were eliminated by Argentina at the quarterfinal stage. Two years later at the 2016 European Championships in France Belgium were eliminated by Wales at the quarter-final stage once again. Ultimately it was the end of head coach Marc Wilmots, who was the architect of this current Belgium side.

His successor Roberto Martinez is now supposed to take the final step but by leaving out star midfielder Radja Nainggolan Martinez has opened the door for criticism should Belgium once again fall short of tournament expectations.

Eden Hazard and Kevin de Bruyne are the heart and soul of this Belgium side. Both attacking midfielders are the stars of their respective sides (Chelsea and Manchester City) and are expected to provide most of the attacking output for Belgium at the World Cup. They will be supported by the likes of Axel Witsel and Youri Tielemans in midfield. Both will act as water carriers for the attacking players. Further back Belgium have plenty of experience as well in the likes of defenders Thomas Vermaelen, Jan Verthongen, Vincent Kompany and Toby Alderweireld.

The tournament has not even kicked off, and Panama are already the feel-good story of Russia 2018. Panama qualified on the final day of Concacaf World Cup qualifying leaving Honduras, the United States and Trinidad Tobago behind them to finish third behind Mexico and Costa Rica.

On paper, however, the United States had all but ensured their ticket to Russia on the final day of the Hex. Panama, in the meantime, needed a win against Costa Rica and Trinidad and Tobago to pick up three points against the United States. That scenario was made even more unlikely when Costa Rica took the lead against Panama. 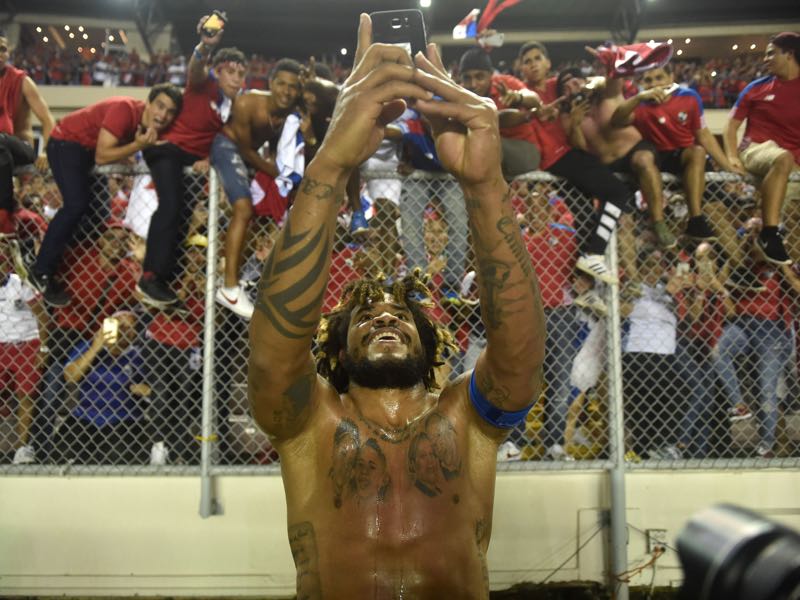 Panama’s Roman Torres takes a picture of his team’s fans celebrating after he scored against Costa Rica. Panama will be among the biggest underdogs at the tournament and in Group G (RODRIGO ARANGUA/AFP/Getty Images)

Panama, however, turned around the game and the United States suffered an unlikely defeat against Trinidad and Tobago paving the way for Panama’s first World Cup qualification.

Placed in Group G alongside Belgium, Tunisia and England it will be, however, a tough tour for Los Canaleros at the 2018 FIFA World Cup in Russia. But Panama are a tough side to play and could shock the likes of England and Belgium during the group stage.

Panama are a side mostly put together by players plying their trade in Latin America or the United States Major League Soccer. In fact, irony has it that MLS may have been the most significant catalyst when it comes to Panama’s progress to the World Cup. The side’s biggest star without a doubt is Seattle Sounders’ Román Torres. A player built like a bodybuilder Torres is an uncompromising defender, who could cause havoc among some of the star players used to European football.

Ranked 14thin the FIFA World Ranking Tunisia have only managed one win – that 3-1 victory against Mexico in 1978 was, however, the first victory by an African side at a World Cup – in their four World Cup appearances – finishing first ahead of Democratic Republic of Congo, Libya and Guinea.

Tunisia have never managed to get past the group stage at the four appearances at the world’s biggest stage. The 2004 Africa Cup champion will be the biggest outsider in Group G. The side, in fact, were had a significant shortage in international experience and as a result, attempted to call up Sami Khedira’s brother Rani for this summer’s tournament. 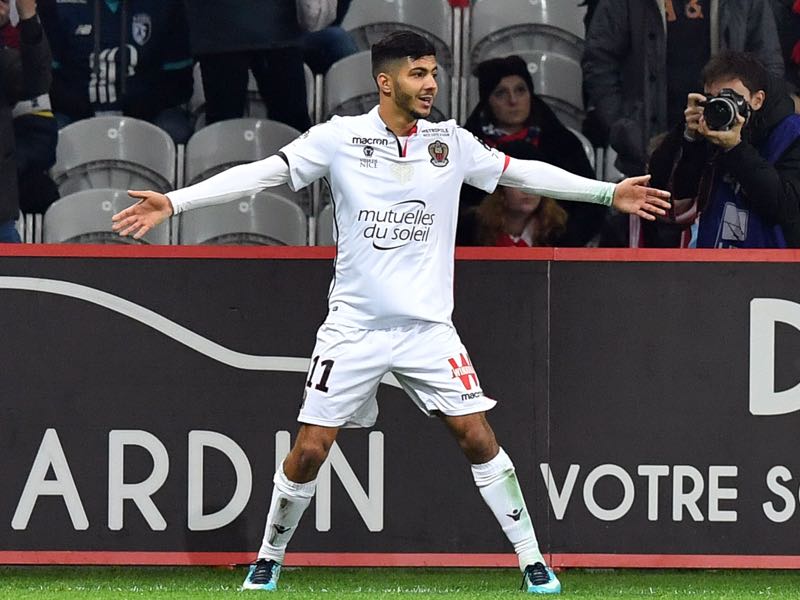 Rani Khedira, however, decided to turn down the offer to play for his father’s country. Rani told kicker that his decision was a matter of respect for the players, who qualified Tunisia for the tournament. Furthermore, he also believed that his presence would have interrupted the homogeneity of the squad.

Instead, Tunisia will have to do without Sami Khedira’s brother in their attempt to overcome the odds in Group G against giants like Belgium and England.

Rani Khedira would without a doubt have been a critical player for Les Aigles de Carthage. Without him, the likes of Aymen Mathlouthi will be in the spotlight. The 33-year-old keeper is the captain of the side and will attempt to be the rock in Tunisia’s defence. Also look out for young Bassem Srarfi, who has played 26 games, in which he scored three goals, for OGC Nice in Ligue 1 this season. The 20-year-old midfielder has the potential to be a break out star at the tournament.

Will this be the year for England? Likely not. But at the same time the Three Lions can spot the light at the end of the tunnel. The 1966 World Cup winners have won the U-20 World Cup, the U-17 World Cup and the U-19 European Championships in recent months and the first group of young lions spearheads the current side in the form of Dele Alli, Raheem Sterling and Harry Kane.

At the same time, the example of Germany shows that a significant part of a rebuild is concecutive success at tournaments. Hence, the next significant step for England will be a deep run at the world’s biggest stage. Given the Group G draw with opponents such as Tunisia and Panama it is undoubtedly possible that England could reach the later stages of the World Cup. 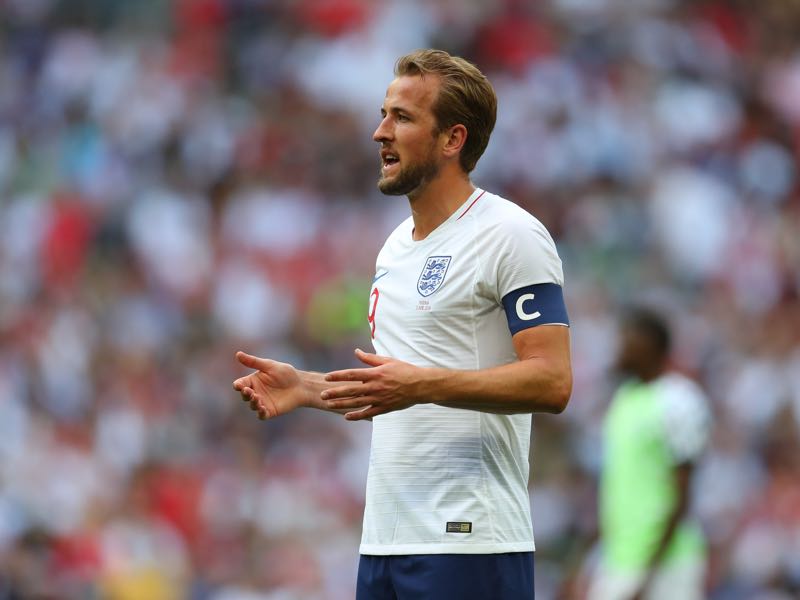 Hence, it is not wrong to call England one of the dark horses for the title this time around. But at the same time, this side might still be too fragile to take out one of the big teams that England will likely face at the quarterfinal stage – Germany is a possibility.

Young, dynamic and refreshing this Three Lions side could impress in Russia. At the same time, the pressure and reporting by the British press could also tear this team apart. The young lions are facing a big test in Russia and will be under the spotlight.

The Futbolgrad Podcast expert Tim Bogdachev called Harry Kane “perhaps the only world class player in this side.” Bogdachev is not entirely wrong. Currently, Kane is the only player at the world’s highest level. At the same time, his teammate Dele Alli has shown that he can make the step to become a world-class player as well. Supporting the likes of Alli and Kane will be Jamie Vardy, who is a dangerous striker. In defence, Trent Alexander-Arnold is one of the most exciting full-back prospects in European football and goal head coach Gareth Southgate nominated Jack Butland, Jordan Pickford and Nick Pope leaving Joe Hart at home making a cut at a position that had always been the most contentious when it comes to the England side throughout the ages.