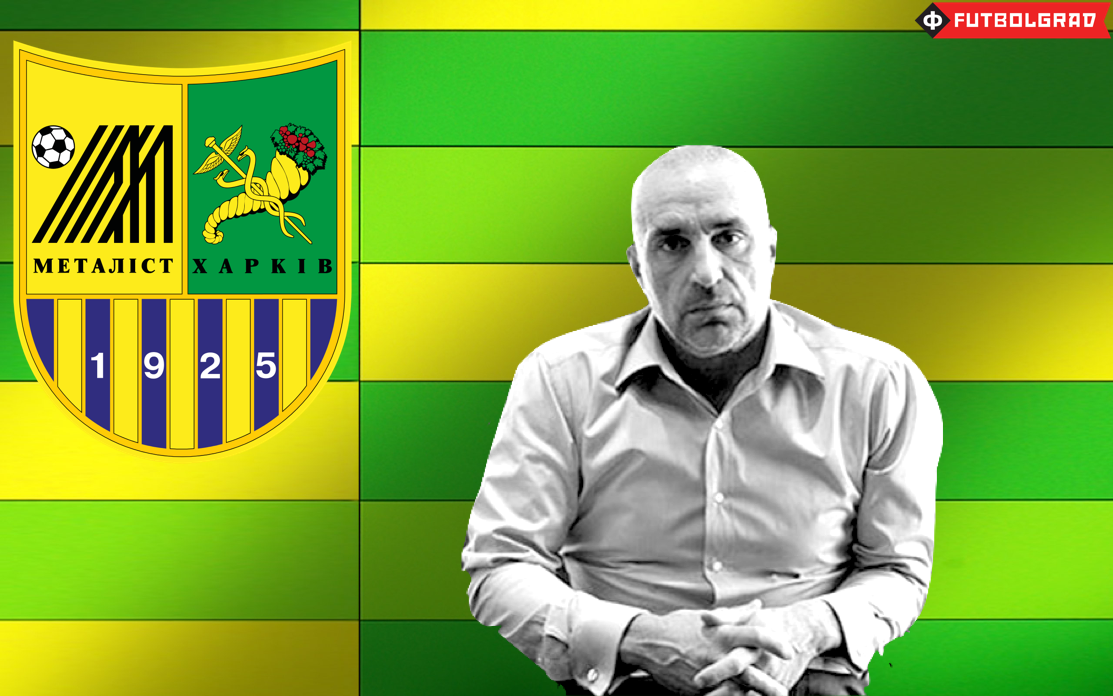 A Glimmer of Hope for Metalist Kharkiv

Thursday night in Kharkiv was the premier of the film Metalist—History as Life, a documentary made by the supporters of the club. Among those in attendance was former manager Myron Markevych, who has since moved on to take charge of their fierce rivals Dnipro.

“I have many recordings of Metalist matches at home,” he said at the premier, “sometimes I put them on for myself and remember that fantastic team that we had, those fantastic fans. You definitely don’t forget something like that… I remember those times with a sense of nostalgia.”

Metalist Kharkiv – Nostalgia is All Supporters Have Left

Nostalgia is now all that Metalist supporters have left. Two seasons ago the club finished as runners up in the Ukrainian Premier League and qualified for European football for the seventh straight season. As recently as 2012, they made it as far as the quarterfinals of the Europa League. Now, without a win in fourteen matches, they sit in 11th place in the league table and are struggling to stay afloat.

The roots of the current crisis can be traced back to December 2012, when popular owner Oleksandr Yaroslavsky sold the club, under mysterious circumstances, to Serhiy Kurchenko, a relatively obscure 27-year-old billionaire and the founder and owner of a group of gas companies called Gaz Ukraina.

Kurchenko pledged to bring a league title to Kharkiv within three years and European trophy within five. Needless to say, he has accomplished neither. Kurchenko was a close ally of former Ukraine president Viktor Yanukovych. After the latter was deposed, following the 2014 Ukrainian Revolution, Kurchenko fled to Moscow and has been in exile ever since. 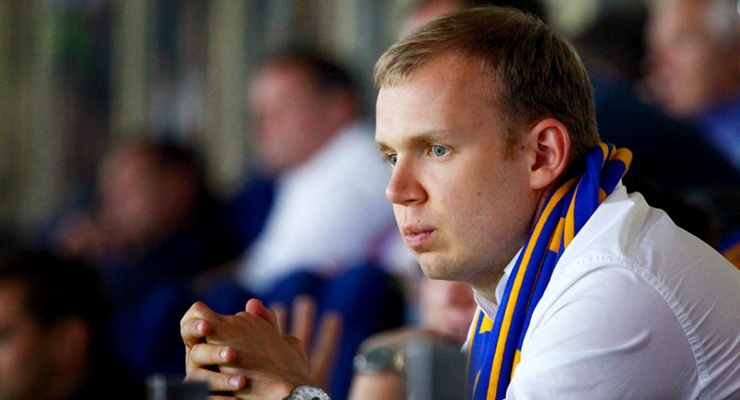 Kurchenko’s assets have been frozen due to sanctions imposed both by Ukraine and Western states, but he has been reluctant to give up control of the club and remains the Metalist owner, though he is no longer financing the club.

Back in March, most of Metalist’s senior players began a boycott after going several months without being paid and refused to play for the rest of the season, forcing then manager Ihor Rakhayev to field a squad largely consisting of players from the youth and reserve sides. All of the players involved in the boycott have since left the club, and several are involved in legal proceedings to recoup their unpaid wages.

History nearly repeated itself last weekend with the current crop of Metalist players on the verge of refusing to take part in their side’s away match against FC Oleksandriya. Midfielder Oleksiy Dovhyi told the television program ProFutbol that they decided not to go through with the boycott at the last minute, at least partially out of respect for the traveling supporters who made the 300 kilometer journey from Kharkiv to Oleksandriya. But the players’ patience is quickly wearing thin.

Wages have not been paid in over six months. As a result, only a handful of the more established players can still afford to rent apartments in the city. Dovhiy, one of this select group, has sold his car in order to afford an apartment and gets driven to practice by goalkeeper Rustam Khudzhamov.The rest of the players live at the training base, which has fallen into a state of disrepair. “It’s abandoned, like the Chernobyl zone,” Khudzhamov said. Very few maintenance staff are left. Goalkeeper Oleksandr Horyainov estimates that 80% of the personnel have quit, and the ones that remain are being paid by players themselves—or at least by the ones who can afford to.

Conditions of the facilities have deteriorated rapidly. There is algae growing in the swimming pool, where the water has not been replaced in months. It is now the beginning of the harsh Ukrainian winter, and the temperatures are around freezing—but the heating still has not been turned on.

Other utilities are also unreliable. “Sometimes they turn off the water or the electricity, but it’s been like this for a while. We’re used to it,” Metalist midfielder Oleksandr Noyok told the program Velikiy Futbol. Only the food service is consistently reliable.

“The last time I lived like this was at the Shakhtar academy. But now everyone has a family,” added Vyacheslav Churko. “We just sit at the base, we don’t go anywhere. It affects you psychologically. While I still had money that I had earned at other clubs, I rented [an apartment]. Now it’s difficult, I sent my family to Kyiv and have myself moved to the training base”. 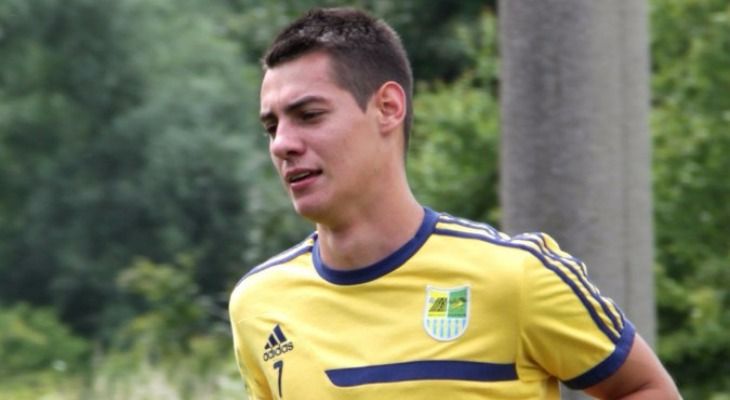 Preparations for Sunday’s match against Chornomorets have been hampered by weather conditions. After a heavy snowfall earlier in the week, there was no one to clear the training fields of snow, and the club were forced to train indoors. Even the Metalist crest on the side of the road that leads to the training base is broken. “It’s the worst I’ve ever seen,” said goalkeeper Horyainov, “these are the worst times of my career.”

But the main grievance of Metalist players is not even the nonexistent wages or the abysmal conditions—it is the sense of complete abandonment by the club’s absent leadership. “They have just spit on us,” says Horyainov. “We just want to know, does anybody need us?” asks Dovhiy.

The answer, unfortunately, appears to be no. Kurchenko reportedly promised to start repaying the wages before the match against Chornomorets, but after a meeting with the club’s general director, Oleksandr Boytsan, earlier this week, made it clear that no one will get paid at least until next week.

All of this, despite the fact that Metalist have received over $2.25 million from their TV contract this season, more than any other team, bar the big three of Dynamo, Shakhtar, and Dnipro, the figures for whom have not been made public. This money, alone, is enough to cover all salaries for a period of eight months, but none of it has made its way to the players.

The players aren’t holding their breath. “Kurchenko isn’t interested in fulfilling his promises, he doesn’t keep his word,” Volodymyr Priyemov told the website Futbol 24. “I don’t think anyone in the team will believe him from now on.”

In spite of everything, the Football Federation of Ukraine has made no effort to sanction the club and, in general, does not appear to be interested in the players’ plight. Former Ukraine international Serhiy Nazarenko, who has now played for three straight clubs who have not paid him, complained that the FFU cares about the clubs, but they treat the players like slaves.

There is Still Hope at the Club

However, there is still hope in Kharkiv that Yaroslavsky will return to rescue the club. When asked if the players were waiting for the former owner, Horyainov replied “Of course we’re waiting, and hoping that good times will come back. Everyone is waiting, all of Kharkiv.”

Yaroslavsky has expressed his desire to purchase Metalist, but Kurchenko remains the owner and the Kharkiv regional administration is not willing to seize the club from him. 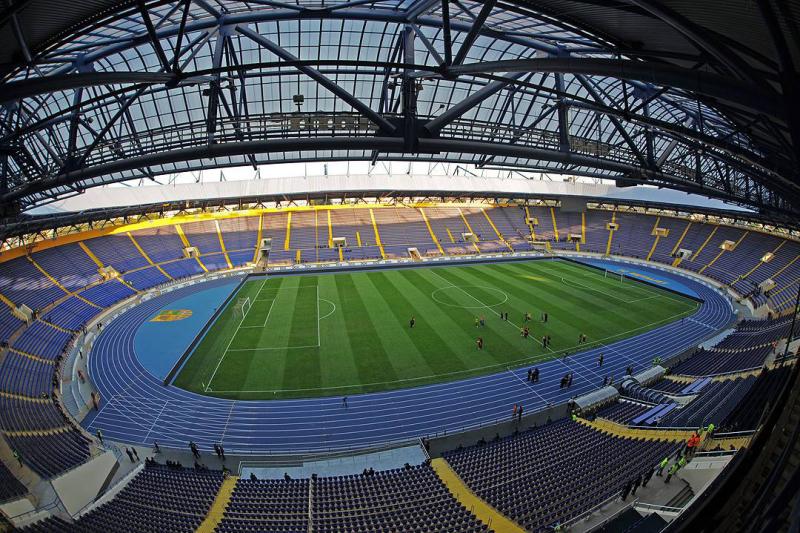 Will there be football at the Metalist Stadium after December? – Image via stadiumguide.com

On Saturday manager Oleksandr Sevidov revealed that Kurchenko has, for the first time, agreed to enter into negotiations regarding the sale of the club, but Sevidov remains skeptical that there will be many willing investors. Sevidov himself has stated that he intends to stay on at the club and claims that none of his players have expressed a desire to leave. But Horyainov, whose contract expires in December, has said that if the ownership doesn’t change, he is set on leaving. How much longer the rest of squad is willing to endure remains to be seen.

It is quickly becoming a cliché, but the crisis at Metalist serves as a stark reminder of the harsh realities facing Ukrainian football, and the country as a whole. If Yaroslavsky—or anyone else—doesn’t step in and save the club soon, one of the most historic clubs in the history of Ukraine may not survive the winter.