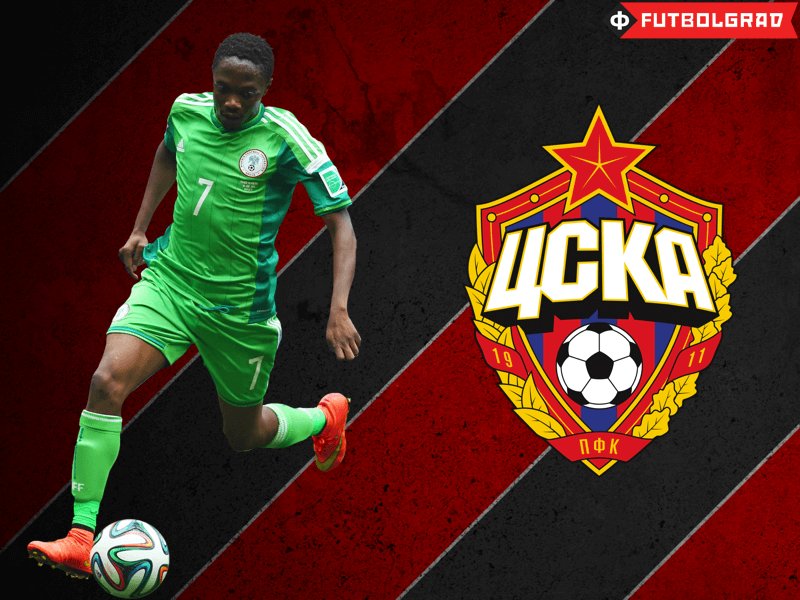 CSKA Moscow remains at the center of transfer speculations this winter. Most of this fervor, however, is centred on CSKA’s Ivorian striker Seydou Doumbia—the latest rumour sees him linked with Fenerbahçe Istanbul—and also around his potential replacement (with Luiz Adriano being just one of many possibilities).

Now, however, Doumbia’s congenial striking partner Ahmed Musa is threatening to steal the January transfer window show from Doumbia. According to various British sources English Premier League leader Leicester City have made a $27 million offer for the Nigerian striker, which was immediately rejected by CSKA Moscow.

It is, however, understood that Leicester will make a further bid for the striker, as the club is trying to bolster its attack for an unlikely English championship challenge.

Meanwhile, CSKA Moscow coach Leonid Slutsky has told Sport-Express “It is clear that Musa is a significant player [for CSKA]. He has played three good seasons in a row now. He was also very good in the Champions League. Furthermore, Musa is a leader and captain of Nigeria, and has won the Africa Cup. Ahmed also played well at the World Cup. Plus he is at a wonderful age, as he is just 23 years old. All these factors make him, I think, the most attractive CSKA player on the European transfer market. Did you watch him? In my opinion, it is quite normal. It would be strange if they didn’t know about him in Europe. But I don’t know if all of this will lead to a possible transfer of the player. All the questions are best addressed to the [ownership] of the club.”

Hence, CSKA Moscow might be indeed willing to sell Musa for the right price. At the same time Yaya Toure’s agent Dmitry Seluk (read more about Seluk here), however, believes that Musa will not move to England this winter, as Leicester don’t seem willing to match CSKA offer: Why would the British media refer to the dollar amount? Why not write £13-14 million? I think they published the dollar amount to make it bigger, it is like a PR move.”

Seluk, furthermore, doesn’t believe that Musa is strong enough to succeed in the English Premier League: “He will never have a chance at the highest level in England. If someone challenges him he fly into the stands. Why would you pay big money for him, why not buy [Andriy] Yarmolenko for €25 million instead he is strong, healthy, and fit. Musa would be a way better fit in Spain.”

Meanwhile, the Russian agent Roman Oreschuk believes that CSKA Moscow will not sell Ahmed Musa for less than €20 million. Oreschuk also believes that Leicester would be willing to raise the offer to $27 million: “That’s almost €25 million, for that price CSKA Moscow will sell 100 percent.” But according to Oreschuk, Leicester City aren’t the only club interested in the striker, as Borussia Dortmund are also interested in purchasing the player.

Borussia Dortmund are indeed in the market for another offensive player, and have been strongly linked to several promising players in recent weeks—among them Andriy Yarmolenko, Andrija Živković, Mikel Merino, Óliver Torres, and Yunus Malli. In the case of Yarmolenko, however, Dortmund refused to meet Dynamo Kyiv’s asking price of €30 million, which makes it unlikely that Dortmund will spend €25 million on Ahmed Musa.

Leicester City is the likeliest destination

This leaves Leicester City as the most likely destination for Musa, if CSKA Moscow does indeed agree to sell the Nigerian striker in the January transfer window. Furthermore, unlike Seluk, Futbolgrad believes that Musa would be a good addition for Leicester City. Futbolgrad was present at CSKA Moscow’s Champions League game against Manchester United, which highlighted that Musa would have no problem adapting to the English game. 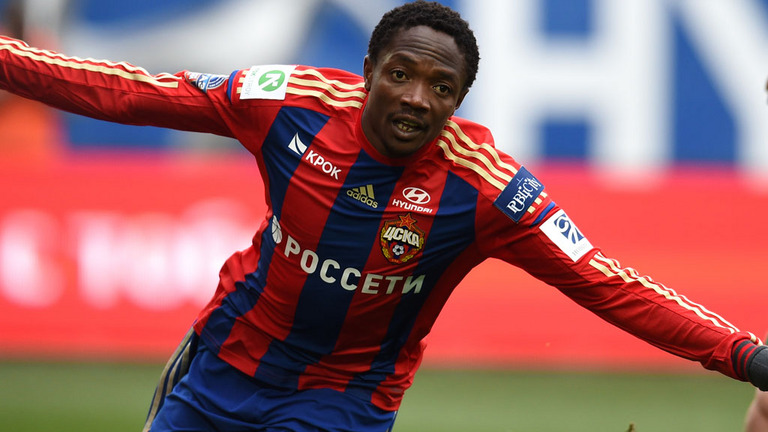 Also fans of the Premier League who wonder if he could play the same calibre of football on a cold wet night in Stoke, should note that Musa has managed to shine in the Russian Football Premier League, where the conditions are often far more challenging than in England. This year Musa scored six goals in 18 games. He has also demonstrated his versatility, playing on four different positions, with his most effective position being as a left attacking midfielder, where he plays as an inside forward.

According to Transfermarkt.de Musa is valued €13 million, but given the fact that CSKA Moscow would have to bring in an immediate replacement, and are also in danger of losing Seydou Doumbia, Leicester will have some tough negotiations ahead.