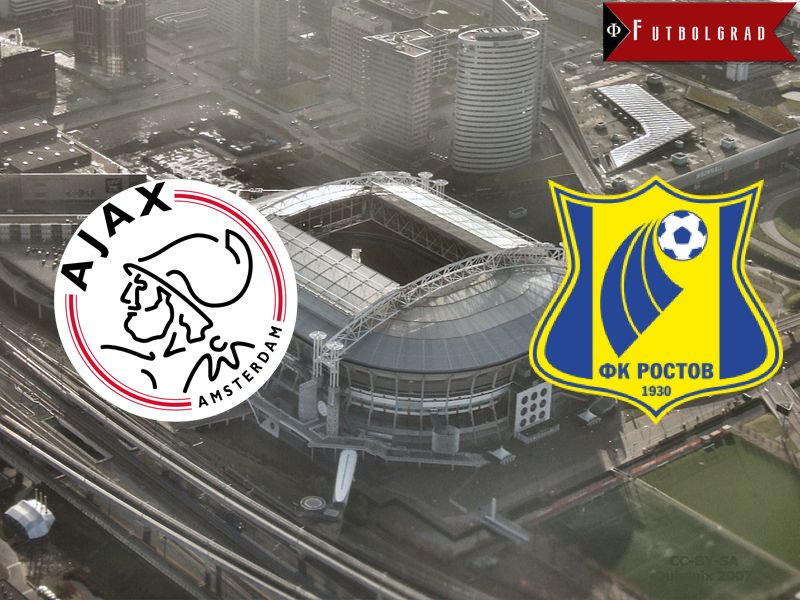 The UEFA Champions League playoff match Ajax vs Rostov promises to be an interesting affair. For Rostov this will be the first encounter with a Dutch club in the still young international history of the club—the now defunct UEFA Intertoto Cup aside this is only Rostov’s second European appearance.

In their long and proud European club history the Dutch club Ajax Amsterdam has a dismal record against Russian clubs. In four appearances, all against Spartak Moscow, Ajax lost every match.

But for Ajax this might be the best time to improve their record against Russian clubs, as the Selmashi (as Rostov are often called by its fans) are in complete disarray.

Before the season started there were constant financial problems at the club, and manager Kurban Berdyev even toyed with the idea of leaving the club last summer.

Yet Berdyev was convinced to stay on as the club’s manager, and the club managed a good start to the season with a 1:0 victory against newly promoted Orenburg on day one of the RFPL, and a 0:0 draw against Ural Yekaterinburg.

Furthermore, Rostov also reached the playoffs of the UEFA Champions League by eliminating RSC Anderlecht 4:2 on aggregate (2:2 in Rostov and 0:2 in Anderlecht). Hence, on August 3 Rostov had secured their first European group stage—by reaching the playoffs of the Champions League Rostov are guaranteed a place in the Europa League group stage—participation, and therefore the necessary finances to guarantee the continuation of the club.

But then on August 7 Kurban Berdyev announced his resignation as the manager of the club. According to Sport-Express Berdyev told his players that he made his decision because of Rostov’s mounting debts and its inability to pay wages on time. It is, however, understood that Berdyev’s resignation is the result of Spartak Moscow firing their manager Dmitry Alenichev on August 7—Berdyev is now understood to have taken the position at Spartak.

Following the resignation of Berdyev, assistant manager Dmitri Kirichenko was appointed to be the caretaker manager at the club. Kirichenko then had the thankless task of preparing the club for the tough Russian Football Premier League encounter against Zenit Saint Petersburg.

Yet Kirichenko, who has long been the understudy of Berdyev, seemed to have taken a page from his former boss’ playbook, as Rostov quickly went up 2-0 at the Petrovsky Stadium in Saint Petersburg. Yet in the second half Rostov collapsed, and Zenit managed to overturn the match winning 3-2.

Hence, Kirichenko will now have the tough task to resurrect the squad for the match against Ajax, which will take place on Tuesday August 16 at the Amsterdam Arena.

For Ajax, who started the season with a 3-1 victory against Sparta Rotterdam and a 2-2 draw against Roda Kerkrade, the time therefore appears to be right to finally gain their first positive results against a Russian club.