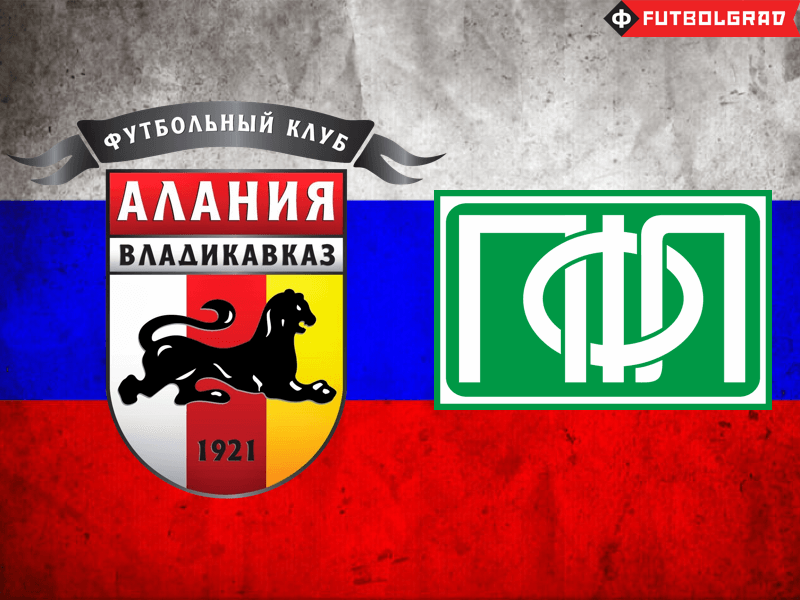 The Russian third division club, FC Alania Vladikavkaz, have fired head coach Fyodor Gagloyev after reports emerged that he had refused to travel with his team to the away match against MITOS Novocherkassk. The match took place on April 3, and Alania, without their head coach ended up losing the match 2-0.

Alania Vladikavkaz, which won the Russian championship in 1995, are currently playing in the Russian Professional Football League (PFL) South Division—the PFL has five zones North, Centre, South, Ural-Povolzhye, and East. In the 1990s and early 2000s the club from North Ossetia-Alania was a major part of the Russian Football Premier League, but financial problems and mismanagement resulted in Alania being dissolved in February 2014.

Instead, Alania’s former farm club, FC Alania-d Vladikavkaz, which at the time played in the PFL South Division, was rebranded as FC Alania Vladikavkaz. It now appears, however, that the club’s newest incarnation also has massive financial problems. Initially, Alania’s head coach refused to travel to Novocherkassk, which is located in the Rostov Oblast, because the club did not have enough funds to undertake the 726 km journey from Vladikavkaz to Novocherkassk.

Alania’s president Robert Dambegov told the Russian news agency TASS, “Initially the problem was money, as we didn’t have money for the trip. But then, after we found funding for the trip, Gagloyev said he did not want to leave, as the team was not prepared for the match”. “Gagloyev’s coaching staff also refused to go,” Dambegov added.

Dambegov, then, asked Gagloyev to go despite the fact that the team was not prepared, “I understand that a 12 hour journey with only three hours of rest is not ideal before a match. As the club president I understand that this is wrong, but there is another problem, as clubs that fail to show up, face a fine of 500,000 roubles [$7,500] and could even be forced to withdraw from the competition.” 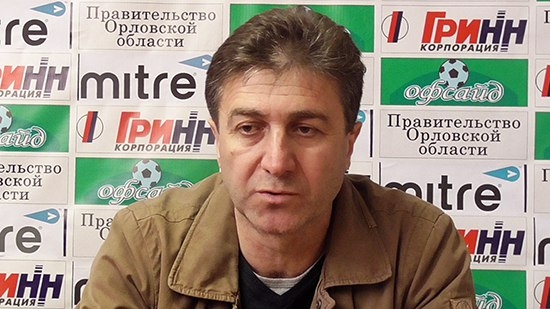 Fyodor Gagloyev didn’t think a trip to Novocherkassk was in the club’s best interest – Image via footballhd.ru

Because of the penalty threat, Dambegov decided that the team would travel to Novocherkassk without the coach: “In this situation, I, as the President, decided that the players would go to the game. The team arrived on time, played, and returned safely. Yet, in a telephone conversation, Gagloyev accused me of making the wrong decision for the club.”

As a result, Dambegov decided to fire the coach: “I told him that it was no longer possible to work together. … We have no complaints about Fyodor [Gagloyev] when it comes to coaching. But his personal behaviour in this case was unacceptable.” For now the club will be coached by Ruslan Merdenov.

After match day 19, Alania are currently 13 in the PFL South Division, four points ahead of last placed Druzhba Maykop. Thankfully, for Merdenov, only the last placed team in the PFL South Division will be relegated. With five outstanding matches, however, Merdenov will have to ensure that Alania are at their best in order to avoid relegation to Russia’s Amateur Football League.

The incident, reveals a major problem that smaller Russian clubs outside the Russian Football Premier League face on a weekly basis—travel costs are extraordinary even in the regionalist third division.

Vladikavkaz’s 726 km one way journey to Novocherkassk is actually a small trip compared to what clubs in the vast PFL Eastern Zone face. The division includes Russia’s most eastern-based club FC Sakhalin Yuzhno-Sakhalinsk, located on the southern tip of Sakhalin Island just north of the Japanese islands. Sakhalin has to travel 3,940 km one way to play Dinamo Barnaul, and the club has to travel to all away matches by plane—an enormous burden for a team playing in the third division.

The same is true for FC Yakutiya Yakutsk, which is located in the Sakha Republic. The remote city of Yakutsk has no highway connection, and is only accessible by car in the summer via ferry over the Lena River—when there is no league football in Russia—or in the dead of winter when the Lena River freezes over—during the long football winter break.

The problem persists even further up the Russian league pyramid, as Russia’s Football National League (second division) team Luch-Energiya Vladivostok, which is located in Russia’s pacific region has, in the past, faced financial problems due to the high cost of travel. 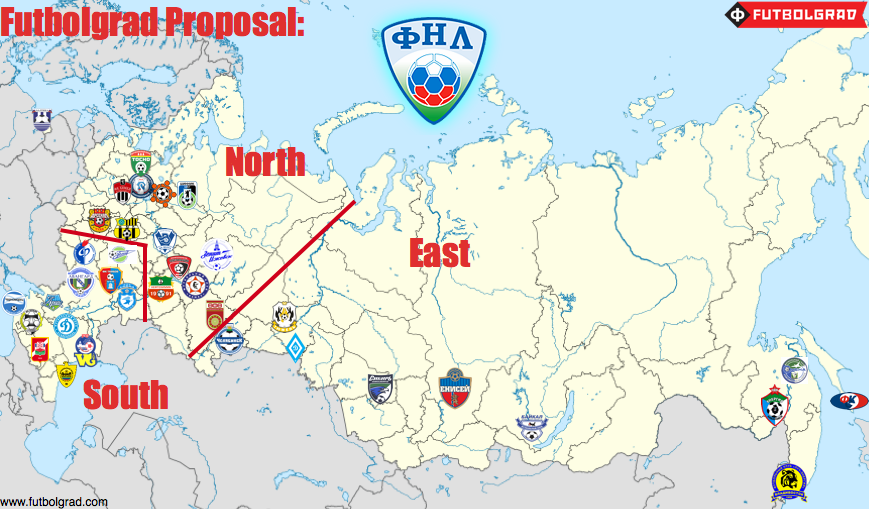 Our proposal to reform the Football National League

For this reason, on October 23, 2015 Futbolgrad proposed a plan to break up the gigantic second division, which covers almost the entirety of Russia from Kaliningrad on the Baltic Sea to Vladivostok on the Pacific, into more regional divisions. Yet the example of Alania shows that, even in the more regional southern zone of the third division, clubs still have to travel much further than the average first division club in any western European country.

The problem is even more apparent in the the Eastern zone, where clubs such as Luch-Energiya, Sakhalin, or Yakutia would still have to rely exclusively on plane travel due to the vast distances of Russia’s far east.

It makes sense that, rather than fining clubs that can’t travel, the Russian Football Union should initiate a travel fund that clubs can draw from when they face the difficult decision of whether to travel to an away team or to accept the fine. This would also ensure that clubs would not throw games, or even sell them to betting companies, which has become a way some smaller teams earn much needed money.

Can League Reforms be the Answer?

Perhaps a more regionalist second division, and third division could alleviate costs for clubs located in western and southern Russia, but it is difficult to find a short-term solution to the travel problems of clubs located in Russia’s Far East. In the long run, football authorities in the country may want to consider further developing football in the region, by helping to finance more clubs located in Siberia and the Far East. The Russian Football Union should consider introducing a Pacific Zone. 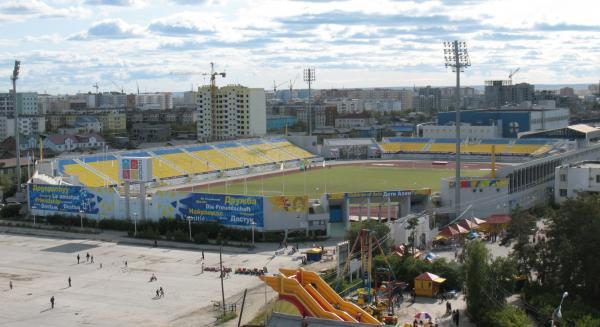 Yakutsk Tuymaada Stadium is a great facility but difficult to reach for most clubs in the third division – Image via wikimapia.org

The Russian Federation has made major investments in the region’s education, and transportation infrastructure in recent years in an attempt to fight off China’s claims to the area. Surely having a few professional football clubs from the region competing in Russia’s top division would further strengthen Russia’s claims.

Another benefit would be a larger talent pool for Russia’s national team. In the past, Russia’ president, Vladimir Putin, has not hesitated to direct the country’s oligarchs toward the right investments—investing in a poorer club in Russia’s Far East could soon become an important part of the portfolio of any oligarch who wants to be in good standing with the Kremlin.