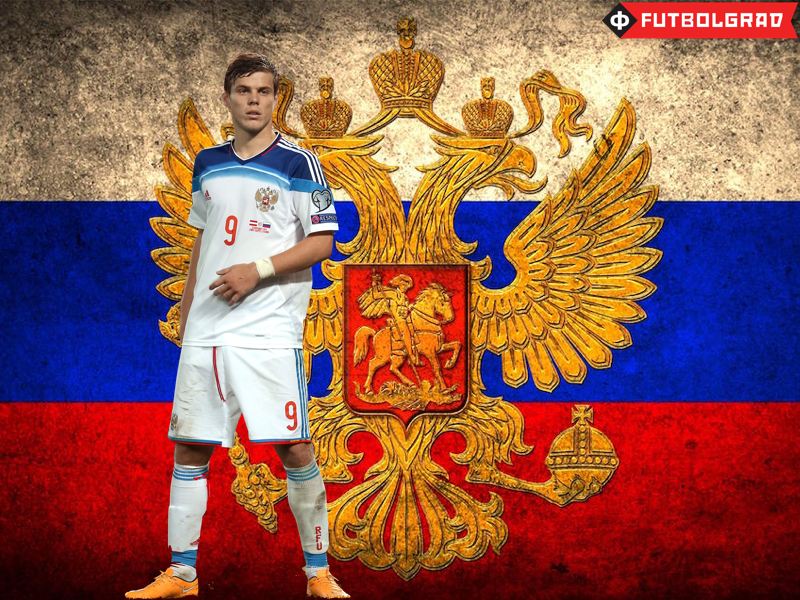 Aleksandr Kokorin remains the leading topic of Russia’s January transfer window. The 24-year-old can play as a striker, offensive midfielder, and winger, and might be best described as a false nine.

In fact, his versatility has meant that Kokorin has persevered in his struggle to truly define his game, which has meant that the young Russian has still not achieved the major breakthrough that was expected of him when he first appeared on the scene in the 2012-13 season. Back then he scored ten goals in 22 matches for Dinamo Moscow. His time at Dinamo was briefly interrupted in the summer of 2013 when he was sold to Anzhi Makhachkala in July for €19 million.

Kokorin in Dagestan – A Short Intermezzo

Anzhi—owned by the enigmatic oligarch Suleiman Kerimov—was set to embark on a project that was envisioned to turn the club into a super club not dissimilar to other football projects owned by oligarchs such as Chelsea FC, Manchester City, AS Monaco, and Shakhtar Donetsk, and Kokorin along with several international stars was set to become the new centre piece of the club.

But then, within a month, it all went wrong as the club proved that it was not immune to the fluctuations of the Kerimov’s wealth; the club found itself in a sudden change of direction in August 2013 after a 25% collapse in share prices of Uralkali, a big fertiliser company in which Kerimov is a major shareholder. As a result, Anzhi sold all their major stars including Kokorin, who was sold back to Dinamo Moscow for €19 million. 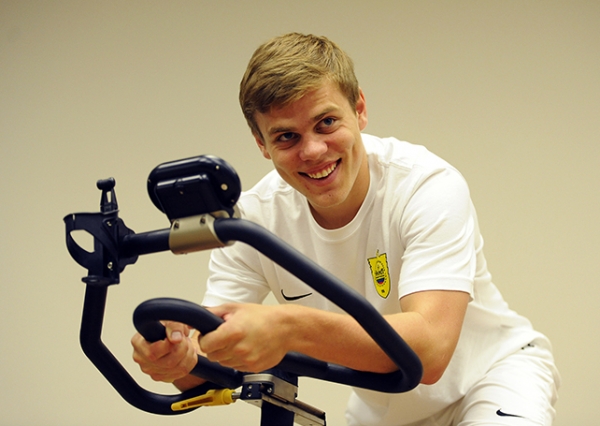 Kokorin during his brief intermezzo at Anzhi Makhachkala – Image via calciodellest.com

It now appeared that it was Dinamo that was to embark on a major spending spree. Its president, Boris Rotenberg—an oligarch best known for owning the Russian bank VTB—invested €67 million in the summer of 2013 for six players brought in from Anzhi Makhachkala. Furthermore, Dinamo invested €18.5 million for foreign stars Mathieu Valbuena from Oympique Marseille, William Vainqueur from Standard Liege, and Alexander Büttner from Manchester United.

Back at Dinamo, Kokorin’s career seemed little affected by his short intermezzo at Anzhi Makhachkala, as he once again scored ten goals in 22 matches for Dinamo. Now 22-years-old, Kokorin’s market value exploded to €18 million, and many experts believed that it would only be a matter of time before the Russian would leave the Russian Premier League to play for a top club in western Europe.

Kokorin—as it is often the case though with Russian players—was reluctant to leave Russia. Instead, he remained at Dinamo Moscow where once again he was supposed to become the cornerstone of an ambitious squad. Instead, however, Kokorin became the symbol for both Dinamo’s struggle to reach the Champions League, and Russia’s problems at the World Cup in Brazil, after which he was among the players singled out for criticism by the Russian press.

Things went from bad to worse for Kokorin after the World Cup, when he missed most of the season with injuries—having played only eight games in which he scored two goals. Furthermore, it appeared that his club had grossly overestimated its financial capabilities, as Dinamo had managed a transfer minus of €59 million in the period between 2012 and 215, and subsequently was banned from participating in this year’s Europa League due to breaches with UEFA’s Financial Fair Play regulations. 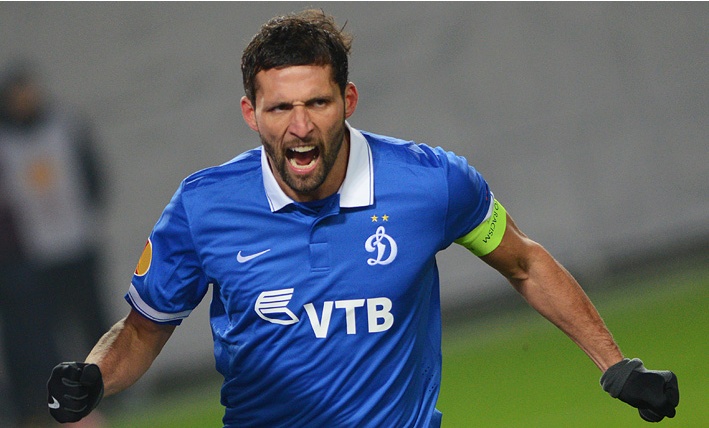 Kevin Kuranyi was one of many players that left the club last summer – Image via russianfootballnews.com

This earned the club €11.1 million on player transfers in the summer, but Dinamo continues to be in financial trouble, and as a result, has already agreed on the transfer of the Russian right winger Aleksey Ionov—for an undisclosed sum—to Spartak Moscow for the January transfer window.

Dinamo’s fire sale has also brought on rumours that Kokorin could be next, for despite having failed to achieve a major breakthrough as of yet, Kokorin is still considered a bright talent in Russian football. As his form has stagnated, his market value—according to Transfermarkt.de—has dropped from €18 million in 2014 to €8 million at present.

Kanchelskis: “Kokorin won’t be the next Arshavin”

There have been consistent rumours linking Kokorin to the London based club Arsenal FC. Kokorin would not be the first high profile Russian at the club as Andrey Arshavin played for the club between 2009 and 2013. Arsène Wenger is reportedly interested in signing the player, and on Wednesday TEAMtalk.com reported that Arsenal had offered Dinamo £5 million for Kokorin, who will be a free agent at the end of the season.

Zenit has a big stake in landing Kokorin because new regulations in the RFPL forces clubs to field at least five players who are eligible to play for the Russian national team. Zenit might be willing to pay whatever is necessary to both Dinamo and the player to secure the services of Kokorin—also, in Russia, football players are categorized as artists and pay almost no taxes. Wenger, on the other hand, is known for his careful financial approach, and therefore may not offer Kokorin as large a financial reward as Zenit.

Meanwhile, several experts on the Russian game have urged Kokorin to facilitate a transfer to Arsenal. The former Manchester United, and Everton FC midfielder Andrei Kanchelskis, for example, has urged Kokorin to take the step to the English Premier League: “The Russian championship is very weak and Aleksandr can progress at Arsenal.” Kanchelskis added, “Arsenal are the best option for Alexander’s career.” And he continued, “If he is prepared to work hard, he will not have any problems.” Kanchelskis also dismissed those who suggested that Kokorin would become the next Arshavin (who never really made an impact in England at Arsenal): “He will not be like Arshavin, and will become a top class forward for the London club.”

Russian journalists have been equally adamant that now is the time for Kokorin to make the move to a big club abroad. On December 23, the Sport Express journalist, Igor Rabiner, published an editorial in which he urged Kokorin to facilitate a transfer to England. Furthermore, Rabiner wrote that a deal for Kokorin to Arsenal was already in place last summer, but that manager Andrey Kobelev had convinced the board that Kokorin should not be sold—despite the fact that Kokorin is in the last year of his contract, and that the summer may have been the last time in which the club could have earned a large transfer sum.

Rabiner believes that Kokorin’s poor form this season had its origin in the failed transfer to Arsenal in the summer. Also, the journalist is convinced that Kokorin has to make the move now in order to finally prove that he is Russia’s brightest talent. A move at this time would also allow Dinamo to somewhat salvage the situation financially, as the club would still earn a transfer fee in the winter. 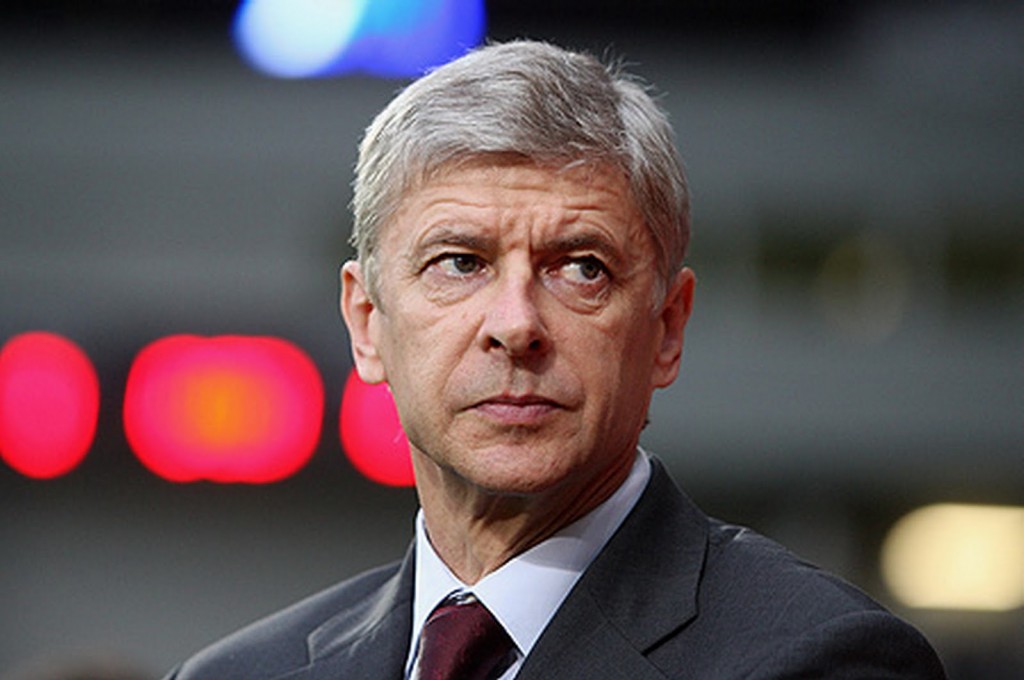 Could Arsenal’s manager Arsène Wenger be the key for Kokorin’s career? – Image via duke.edu

Yet, there remains the issue of Zenit’s involvement, for the Petersburgers are highly interested in signing Kokorin as a free agent in the summer. Rabiner pointed out that this ended up being a good move for Artyom Dzyuba, who was signed by Zenit from Spartak last summer. Meanwhile, Sport Express believes that there is only a 30% chance of Kokorin actually being transferred to Arsenal, which would mean one would have a much higher chance winning at the slot machines than betting on a possible Kokorin transfer.

Kokorin has a tough choice to make this winter. Will he stay at Dinamo where he could face a long season of mediocrity, and then potentially choose Gazprom’s money in a high profile free agent deal? Or will he force the hand of Dinamo’s board by demanding a transfer to Arsenal in the January window? Gazprom’s money might indeed be tempting for Kokorin. Wenger, however, has the ability to bring players to the next level, and could finally turn Kokorin into Russia’s brightest star.