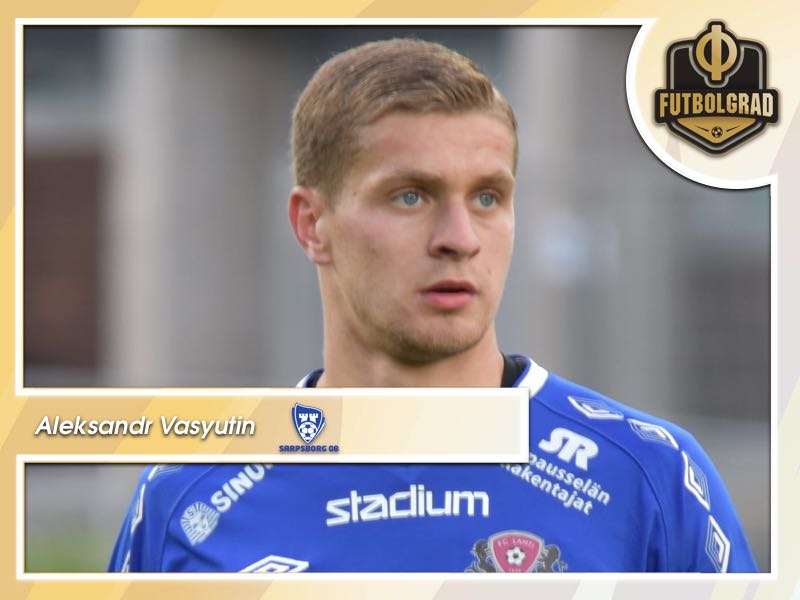 Aleksandr Vasyutin – From Zenit to Norway with love

Being a keeper in Petersburg is a heavy burden. The traditions are powerful, and the competition is insane — the untouchable backup. The fresher “products” of the academy have even slimmer chances of getting out into the leading roles in their club. There is basically no chance. The case of Aleksandr Vasyutin is nothing but a further confirmation for this.

Vasyutin started playing football at seven-years-old in the world famous Petersburg football school “Smena”, which gave Russia so many great players. In playing for “Smena” Vasyutin grew into the young team of Zenit, and after this, his career amidst the “White-Blues” seized developing as quickly.

All of these achievements at the youth level and the confidence game in the youth leadership made the coaches of the team Zenit pay attention to him. But Vasyutin never got the chance to spend even a single half playing for the Petersburg team.

Usually, only the players who play are trusted. In the case of Vasyutin, the chances were only given to him during the training games and even then, at a minimal level. Imagine, you arrive at a gathering and there you see Yuri Lodygin, Mikhail Kerzhakov, Vyacheslav Malafeev, Egor Baburin and… you. Everybody wants to play. Of course, he only got a little bit of time. The goalie position at Zenit has always been strong and probably does not need any reinforcement. This is where he understood that he should be changing the context.

Everything was holding him back in Zenit. The home city, being a part of the team since seven. Of course, it was not easy to say no to all of this. But, after analyzing the situation and weighing his options for the future, Vasyutin and his agent decided that it would be better for him to continue on his road separately from Zenit. And in this case, the young goalie chose not to travel the leagues of the Russian championship but decided to move to another country.

As stated by portal NorskeCasino Vasyutin was loaned from Zenit the Finnish championship club Lahti for half a season. Thankfully, he did not have to travel far. The distance from Lahti to St. Petersburg is no more than 350 kilometres.

Cooperation has begun between Zenit and Lahti, even if it is one-sided. In the past Ivan Soloviev used to play for Lahti, now the cooperation looks even more beneficial for both sides: the Finns were offered to give a try to two young Zenit players at the same time – the goalie Aleksandr Vasyutin and playmaker Pavel Osipov.

“The club rented an apartment for Pasha Osipov and myself,” Aleksandr Vasyutin later explained.

“In the first week in Finland, we were evaluating everything in terms of Petersburg measures: the prices, the lifestyle, the things we were used to,” Aleksandr Vasyutin added. “But we adapted pretty quickly. We usually ate at home – we are not bad at cooking at all. We ate redfish a couple of times. We missed chicken once in a while, which costs a lot there.”

In the very first game against PK-35, Vasyutin was part of the starting team and managed to score after the second added minute, when the score was 0:1 when it was passed from a corner after he ran into the opposing team’s side. This is the kind of debut that forwards dream of, meanwhile, a goalie is saved the team from a loss!

“The pass was made, I ran towards the goal, kept an eye on the trajectory of the ball, jumped, felt that I was the first to make it and when I landed I saw that the ball was in the goal,” Aleksandr Vasyutin said. I didn’t even understand what had happened at first! And then all of a sudden, congratulations! It felt very nice.”

Aleksandr Vasyutin then spent the rest of the season as the main keeper of the Finnish team and asked Zenit whether the club could extend the contract. In February 2017, the rent was extended for another year. This season become one of the best in the careers of the goalie. After spending 23 games in the “Lahti” team, Aleksandr was given the title of the best goalie in all of Finland.

I was told in Lahti that the league invited me to the gala event, which was dedicated to the closing of the season. “Already then there were guesses in the club that invitations to such events aren’t made without reason and that I could be nominated for a prize,” Aleksandr Vasyutin said. “But I found out about it only at the ceremony, the names of the winners remain secret until the very last moment.”

In the past season Lahti took the eight place, in this one the fourth and thanks to the victory of HJK Helsinki in the Finnish Cup, it became part of the Europa League.

Then in 2018, he decided not to continue his contract with Zenit, Vasyutin, with his free agent rights, transferred to the Norwegian club Sapsborg 08 and managed to quickly gain the starting position in his team. Other than that, Vasyutin’s new club participated in the Europa League, which is an invaluable experience to the goalie. Aleksandr Vasyutin has made the right decision by leaving Russia, as the most important thing for a football player is to have game practice. In his own day, Stanislav Kritsuk traveled a similar path, and now is one of the best players of the Russian Premier Liga.

Vasyutin helped his new club enter the playoffs for the Europa League. A fantastic achievement for a town of 50,000 people and a tournament debutant. 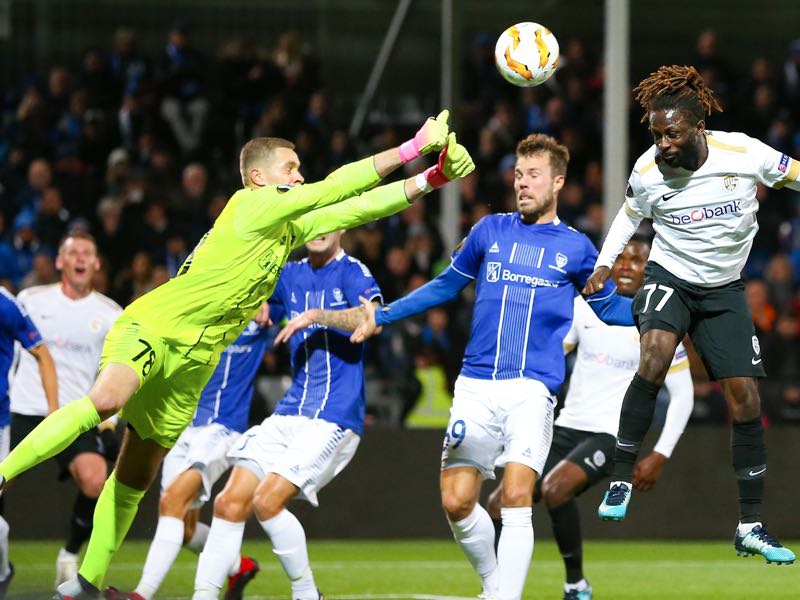 In the group stage of the European League, Aleksandr Vasyutin will remember the game with Genk for a long time.

In the Norwegian Championship, Aleksandr is the undisputed number one of the team. In 12 games, he has managed to record three clean sheets.

-Do Norway and Norwegians surprise you in any way?

-It is hard to surprise me with anything after Finland, since the rhythm of life is similarly slow, and the thinking is similar.

-Wait, what about prices?

-Well, yes, the prices are astronomical (laughs). I was morally prepared for it, but have yet to fully adjust. You still transfer Kronas to Rubles in the shops. Which is why when we can, we go to Sweden for products.

-Well yeah, it only takes 20 minutes by car, and the prices are half. Speaking plainly, you can go for a carton of milk here too, there isn’t much difference. As for meat, chicken, fish, all of it is much cheaper there. After training, you come out of the shower, and the boys ask ‘We’re going to Sweden, you coming?’. Get in and go.

-Don’t have your own car?

-I do want one in the future, but for now, I move on foot and a bicycle. Sometimes the boys pick me up. It takes two minutes to get to the base when walking it takes 25. You can walk there directly. I like to take the bicycle – takes 15 minutes at a calm pace.

-What can you do in the Norwegian countryside during downtime?

-The boys go fishing regularly – takes only 15-20 minutes to get to the sea. If they call me, I go with them. I used to go with my dad, brother, and grandfather in the Finnish bay when I was a kid.

Aleksandr Vasyutin’s story is a great motivating example for the Russian youth. The guide to action: if you can’t do it at home, do not be afraid to take off from the job and try your hand abroad. Even if you lose in terms of money – in terms of professional, you will most likely win.