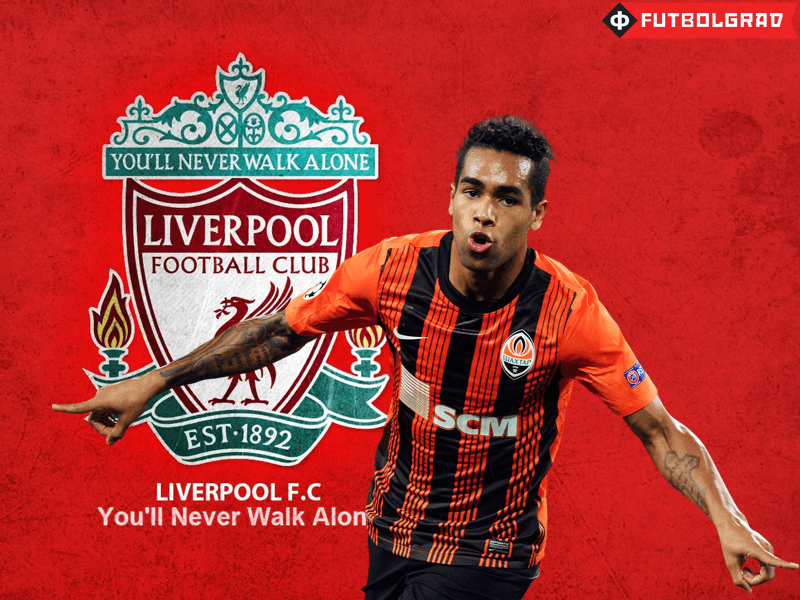 On January 22, Futbolgrad reported on the possibility of Alex Teixeira moving from Shakhtar Donetsk to Liverpool FC. Back then, we believed that it was highly unlikely that Shakhtar would sell the player in the winter transfer window and, if it all, Liverpool would only be able to acquire the player in the summer.

Now, however, it appears that the situation is extremely fluid, as sources have indicated to us that Shakhtar could indeed be selling the player before the window closes on January 31. Hence a Alex Teixeira to Liverpool FC transfer is now very much a possibility.

Major question marks persist, however, regarding the Alex Teixeira to Liverpool transfer. Shakhtar coach, Mircea Lucescu, would rather retain the player until the end of the season, as he doesn’t see a satisfactory replacement in Shakhtar’s current squad.

No Replacement for Alex Teixeira

At the Florida Cup, and at a later friendly in the United States against the Swedish team FC Häcken, Lucescu played Taison on Alex Teixeira’s position. Futbolgrad was present at Shakhtar’s 3-2 loss against Corinthians and, despite the fact that Taison scored a goal, the Brazilian winger seemed unconvincing as a center attacking midfielder/false-nine, which is Alex Teixeira’s main position—rather than staying in the centre Taison kept drifting off to the left-wing.

At the post-game press conference Lucescu seemed more optimistic that Taison could fill Alex Teixeira’s role and stated, “I give Taison an opportunity to play in center midfield. He likes to operate in the same area, as it is very difficult to take the ball away from him. I have already deployed him in this role once [instead of Teixeira] in one of the domestic championship matches, which we won 4-0.”

In reality, however, Lucescu seems unconvinced that Taison could cover this role long term. He also doesn’t appear to think that the other option, Dentinho, who nominally could also play there, is ready to take the reins from Alex Teixeira: “I would also like to deploy Dentinho in this area. It’s very difficult to convince him to play there, but I have told him that he is much more effective in this position than on the wings. He has more space.”

Shakhtar, therefore, had hoped to retain Alex Teixeira until the end of the season, as they were uncertain whether they would find a replacement for him before the winter transfer window closes. At the same time, however, Teixeira has been adamant that he would like to leave the club this winter and @FutbolUkraine reported last night that the club had a meeting with the player’s agent to discuss his future.

The outcome of that meeting is unknown and suggestions that Alex Teixeira has put pen to paper, and has made a personal agreement with Liverpool are unlikely—especially given the fact that this would be illegal under FIFA transfer regulations. Yet, it is understood that Teixeira’s camp has told Shakhtar’s management that the player wants to leave this winter.

Now, there are two historical precedents on how this transfer could go: The first example was last winter when Douglas Costa issued a similar statement during the winter transfer window, in which he said that he wanted to move to Chelsea. Shakhtar, however, held out and sold the Brazilian winger to Bayern Munich in the summer. The second example is Willian, who was sold to Anzhi Makhachkala in the winter of 2013 for €35 million, after the playmaker had issued several statements that he wanted to leave the club. In the case of Willian, Shakhtar had a backup in their squad, Henrikh Mkhitaryan, who was playing as a false nine for the club that season and who scored an astonishing 26 goals—still a Ukrainian Premier League record. 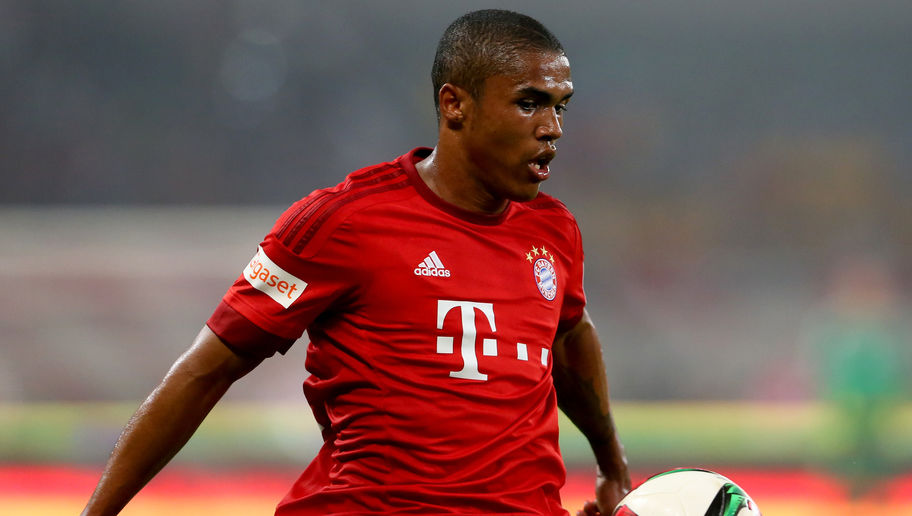 One of two possible precedents as Douglas Costa moved to Bayern in the summer, and not to Chelsea last winter – Image via 90min.com

With the objective of an effective replacement in mind, Shakhtar has been negotiating with the Brazilian club Fluminense over a loan swap deal that would see Wellington Nem return to Brazil, and would see one Brazilian player sent to Shakthar in return. It was previously believed that Shakhtar would receive Marcos Júnior from Fluminense, but that deal has fallen through, as Fluminense were unwilling to part with the player. Instead, Fluminense are prepared to send the talented offensive midfielder Danielzinho to Ukraine.

The transfer negotiations between Fluminense and Shakhtar Donetsk are the all- important side story to the Alex Teixeira deal, because only if Lucescu receives, from Fluminense, a player who could potentially replace Teixeira, would Shakhtar be willing to lower their asking price enough for the Liverpool deal to go through. The example of Douglas Costa shows that Shakhtar can be single-minded when it comes to keeping a player even against his will. On the other hand, the language coming out of the club has changed in the last few days, and it now seems possible that, in the next few days, a deal may be in the cards.