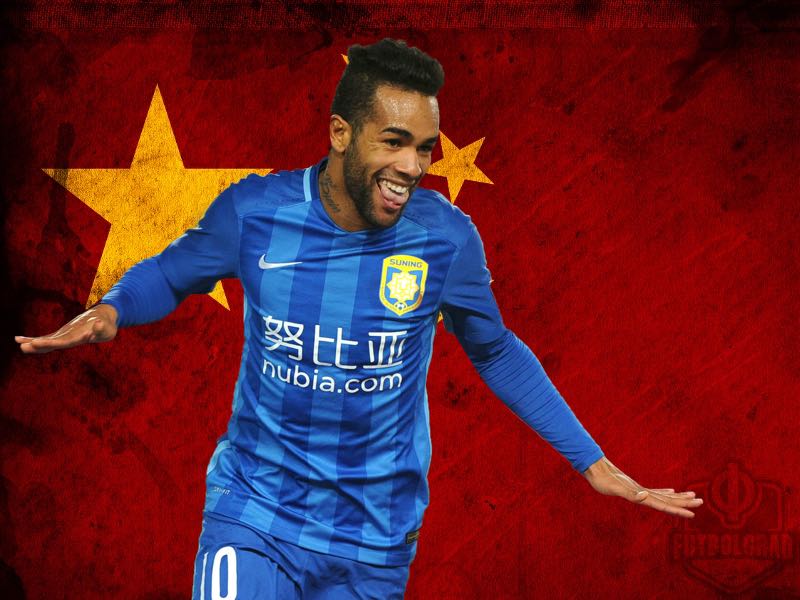 Transfer rumours are a funny thing. Sometimes they get started at the weirdest places, and this one originates in Instagram where a Ukrainian blogger posted an image with Alex Teixeira suggesting that the forward could be on his way back to Shakhtar. It would be the return of a century and given the source of the story an unlikely story. But transfers are a funny thing and given the way Alex Teixeira left the club it would not be the most insane thing that has happened in the career of the Brazilian forward.

It was the biggest transfer stories in January 2016. Shakhtar Donetsk were at the Florida Cup in Orlando when highly sought Brazilian forward Alex Teixeira when Liverpool head coach Jürgen Klopp identified the Brazilian as a potential new signing for the English Premier League club. 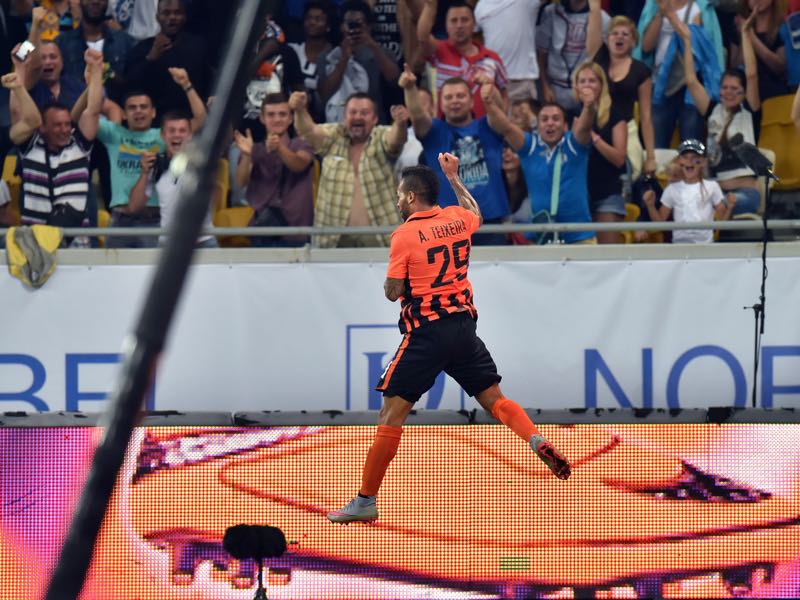 At that point, Alex Teixeira had an unbelievable run in the Ukrainian Premier League. Coached by Romanian Mircea Lucescu, the Brazilian forward had scored an incredible 22 goals in 15 league games and was about to break Henrikh Mkhitaryan’s single-season goal scoring record of 25 goals. It was, therefore, no surprise that Alex Teixeira was in high demand with top clubs all over Europe.

Shakhtar, on the other hand, knew that they had an absolute gem in their squad. Alex Teixeira was the sort of forward that could play every position up top. But like Mkhitaryan before him, Alex Teixeira preferred to play off a natural physical striker, who allowed him to create time and space to score one unbelievable goal after the other.

Shakhtar are a Tough Negotiator

Owned by the oligarch Rinat Akhmetov and administered by the intelligent President Sergey Palkin Shakhtar were willing to sell, but just to a certain price. That price was rumoured to be €50 million. Given the crazy amounts that are now regularly spent on transfers, in particular by English Premier League clubs, this seems like a minuscule sum for a forward who had scored 22 goals in 15 games.

Two years ago, however, €50 million was still a lot of money even for an ambitious club like Liverpool. Managed by Jürgen Klopp LFC, the club attempted to negotiate the price down. The German should have known better, however. One and a half years prior, in the summer of 2013, Dortmund had a tough nut to crack when they were negotiating with Shakhtar over the transfer of Armenian superstar Henrikh Mkhitaryan.

Back then the negotiations were run by Dortmund CEO Hans-Joachim Watzke and sporting director Michael Zorc. Only after Mkhitaryan contacted agent Mino Raiola and went on strike in Vienna did Dortmund finally come to terms with Shakhtar Donetsk. Perhaps Shakhtar remembered the Mkhitaryan situation and therefore made life difficult for Klopp, but the reality is that Shakhtar drove a hard line as it is always the case.

In the end, Alex Teixeira, despite statements of ambitions of wanting to play for the Seleção was forced to stay in Ukraine. Everyone thought, however, that the deal would go through the following summer. But the English club had made their calculations without taking into account the emerging Chinese Super League.

It was a bit like what happened in Russia in the early 2000s, but unlike Russia, players moved to a none Champions League country to a league that just a few years prior was still on the verge of collapse due to bankruptcies and game manipulations. Now all of a sudden there was plenty of cash available.

With Alex Teixeira on the market Chinese clubs also tried to sign the technically gifted Brazilian. But the window seemed shut and Shakhtar unwilling to sell. The problem, however, was that the Chinese transfer window remained open beyond January 31, 2016. Shakhtar at this point were still in the United States preparing for the second half of the Ukrainian Premier League when a rumour emerged that Alex Teixeira could be off to China.

Given ambitious statements about the Seleção, Alex Teixeira had never played for the senior team up until that point; it appeared unlikely that he would make that move. Furthermore, selling now would mean that Shakhtar could not sign a replacement that winter. The club still had ambitious goals to win the Ukrainian Premier League and to advance deep into the UEFA Europa League. 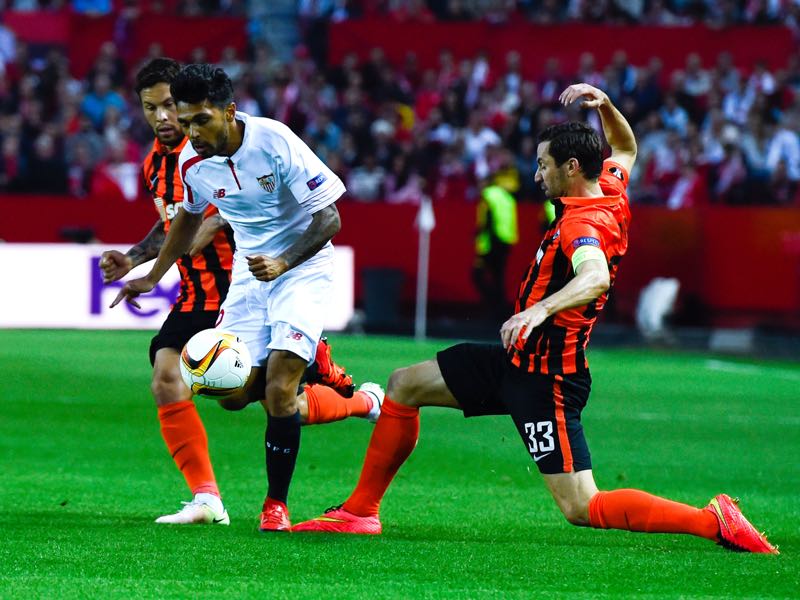 Without Alex Teixeira in the side Shakhtar were eliminated in the semifinal of the Europa League by Sevilla. (Photo by David Ramos/Getty Images)

With this in mind, it seemed unlikely that a transfer could happen. But in the end, it did. Loaded with limitless assets Jiangsu Suning offered to pay the €50 million straight up and to pay an astronomical sum in salary to Alex Teixeira. Shakhtar tried to talk the Brazilian out of the move, but with the financial demands met and a promised salary way beyond of what Shakhtar or Liverpool could offer Seleção ambitions quickly became secondary.

Adamant that he wanted to make the move Shakhtar budged and made it possible. A long goodbye video was produced featuring Alex Teixeira’s goals, and the Brazilian was gone. Shakhtar would not win the Ukrainian Premier League title but advanced to the semifinals of the Europa League where they were eliminated by eventual winners Sevilla.

Mircea Lucescu was gone and replaced by the ambitious Paulo Fonseca at the end of that season. The club, still exiled from Donetsk, has found a new permanent home in Kharkiv and for the first time since 2013 invested in a new Brazilian, Dodô, this winter.

Jürgen Klopp still coaches Liverpool. With a new television contract and limitless cash, the club from England has somewhat pushed its transfer policy signing the likes of Mohamed Salah, Sadio Mané as well as Naby Keïta for the coming season.

Alex Teixeira never fulfilled his goal of playing for Brazil. He also never managed to match his goal and assist totals from his last half season in Ukraine. In his first season in China, Alex Teixeira managed eleven goals and ten assists in 28 Chinese Super League games in the 2016 season. His performance then dropped somewhat to eight goals and two assists in just 19 games. 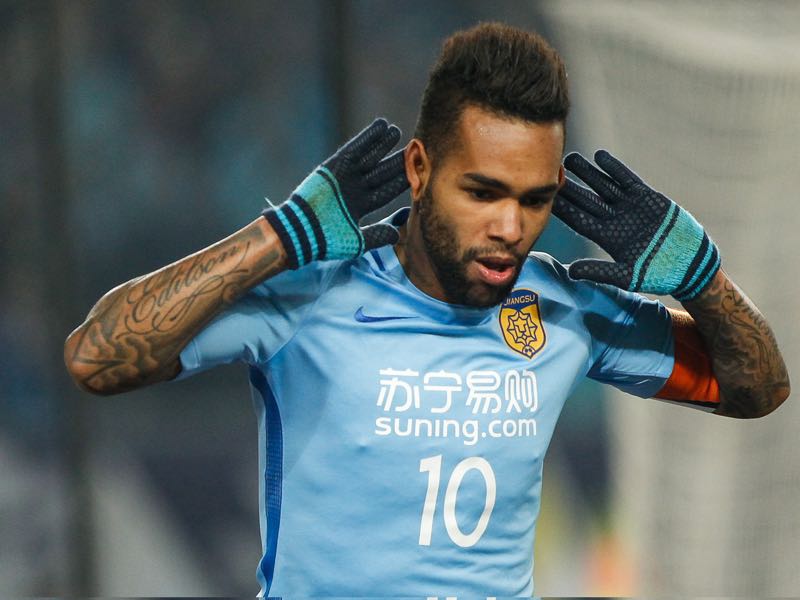 With questions over finance appearing in Chinese football and with Shakhtar having filled their war chest over the last few transfer windows, it is not entirely ludicrous to think that Alex Teixeira could be leaving China and return to Ukraine. The recent example of Paulinho, who left China this summer to join Barcelona where he has become a key player currently outscoring Cristiano Ronaldo in La Liga, shows that the Chinese Super League is not necessarily a dead end.

Here lies the big question. Should Alex Teixeira leave China, there would be significant competition over his signature. Several top teams all over Europe will likely remember that the Brazilian was once a top prospect in European football. Now 27-years-old Alex Teixeira also is in his prime, and it will be fascinating to see how teams around Europe will react if he is available.

For Shakhtar supporters, the return of Alex Teixeira to the Miners remains an Instagram induced dream. But one should always dare to dream.