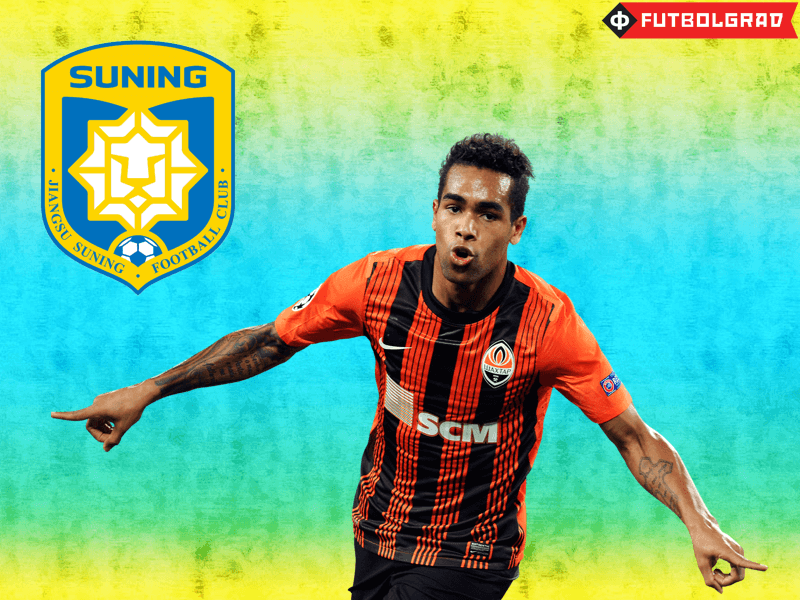 The latest rumour of this type involves the impending transfer of Shakhtar Donetsk’s Brazilian attacking midfielder Alex Teixeira. Teixeira had been strongly linked, this winter, with a move to Liverpool FC, but the transfer fell through because Shakhtar refused to sell the Brazilian in the winter. Shakhtar’s CEO also told the media that Alex Teixeira had an exit clause of €70 million, which would have to be met for Shakhtar to consider selling the Brazilian in the winter.

On February 4, calciomercato.com claimed that Shakhtar Donetsk had sold Alex Teixeira to Jiangsu Suning for €50 million. Just a few days prior to this claim, however, the club homepage had printed an interview with Mircea Lucescu in which Shakhtar’s head coach had stated, “We have not sold Alex [Teixeira], and we have no intention of selling him. I have no knowledge about any negotiations with a Chinese club. Those are rumours, he will stay with us until the end of the season.”

Initially, Futbolgrad was also told that a move by Alex Teixeira to China is out of the question this winter and that the player’s top priority continues to be a move to a top club in the west in the summer transfer window. Furthermore, Shakhtar Donetsk have registered Alex Teixeira for the next round of the UEFA Europa League, where the Ukrainian club will meet the German club FC Schalke 04.

On the other hand, throughout Thursday the rumour gathered steam, and the well-connected Ukrainian journalist Viktor Vatsko sent out a tweet that confirmed Alex Teixeira’s transfer from Shakhtar to Jiangsu Suning. Shortly thereafter, Shakhtar Donetsk released a video on FCSD.tv—the club’s official television station—that showed Alex Teixeira’s 2015 goals, skills, and assists, complete with melancholy background music—what could easily be interpreted as a good bye video.

In many ways, the story seemed to develop into a second Willian scenario. In the winter of 2013 Shakhtar Donetsk had been in advanced negotiations with the London based football club Chelsea FC to sell their Brazilian playmaker Willian. In the summer of 2012, Willian had indicated that he was ready to leave Shakhtar and Shakhtar owner Rinat Akhmetov initially resisted acceding the Brazilian’s wishes. During the winter break of the Ukrainian Premier League, rumours surfaced that the player would be moving to Chelsea. The negotiations between Chelsea and Shakhtar hit several roadblocks, however, as Chelsea refused to meet Shakhtar’s demand for €35 million.

With the English not wanting to meet Shakhtar’s demand, and with Willian showing signs that he was not unwilling to continue in Ukraine, Shakhtar found themselves in a predicament. Across the border, in Russia, Anzhi Makhachkala, under their enigmatic owner, Suleyman Kerimov, were embarking on a project to create a new European super club in Dagestan. Kerimov had no qualms about spending Shakhtar’s asking price for Willian, who subsequently moved to Anzhi Makhachkala in January 2013 for €35 million.

Anzhi Makhachkala have since undergone a catastrophic journey from wanting to create a new European super club to being a relegation candidate in the Russian Football Premier League, as Suleyman Kerimov had to drastically cut back his spending at the club. Hence, Willian, via a Dagestani detour, got his dream move to Chelsea in the summer of 2013.

It now appears that Shakhtar have done it once again, which also highlights that Sergey Palkin’s posturing about a €70 million release clause was part of a negotiation tactic intended to force Liverpool to meet Shakhtar’s initial demand for €50 million. When Liverpool didn’t meet the €50 million expected by Shakhtar, the Ukrainian club decided that they would retain the attacking midfielder.

Then soon after, came the bid from China, but according to Futbolgrad’s sources, Alex Teixeira had no desire to move to China—he preferred a move to England where he could stabilize his position in the Brazilian national team (Seleção).

A rather defeated Mircea Lucescu said on Thursday night, “Days ago he didn’t want to go there, but the situation changed. Hence, we agreed to sell Alex Teixeira to China, but we will wait a bit to announce it officially because of the situation with [Luiz] Adriano. But it is closed from our side, yes.” Hence, the only obstacle to concluding the deal is Alex Teixeira, who could technically pull a Luiz Adriano—the Brazilian flew to China to sign for Jiangsu Suning, but did not agree to the personal terms offered by the Chinese club. As of Thursday night, neither club had announced the Teixeira deal as done. 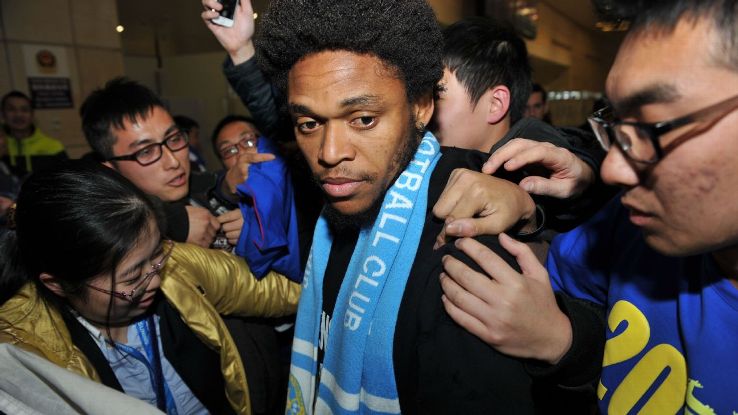 In the likely event that Teixeira signs his €10 million a year contract, he will become the most expensive signing of the Chinese Super League—just days after Atlético Madrid sold the Colombian striker Jackson Martinez to Guangzhou Evergrande for €42 million. In the inflated economy of the Chinese Super League, however, it seems unlikely that Alex Teixeira will remain the most expensive transfer of the league for long. On Thursday, news emerged that several Chinese clubs were interested in signing Zenit Saint Petersburg’s Hulk—Zenit had previously rejected a €30 million bid by Guangzhou Evergrande—a deal that, if it takes place, would almost certainly surpass the likely Alex Teixeira deal.

Hence, the Alex Teixeira story is, in fact, a side story to the most significant story of the winter transfer window, which is the new financial strength of the Chinese football clubs. Thanks to state support, they can even outmuscle the English Premier League clubs—a level of power that, in the past, was limited to the biggest teams owned by oil and gas money in Russia and Ukraine. It will be interesting to see whether the Chinese Super League proves to be a bubble similar to the top Ukrainian and Russian clubs, or whether China can build clubs that are self-sustaining.