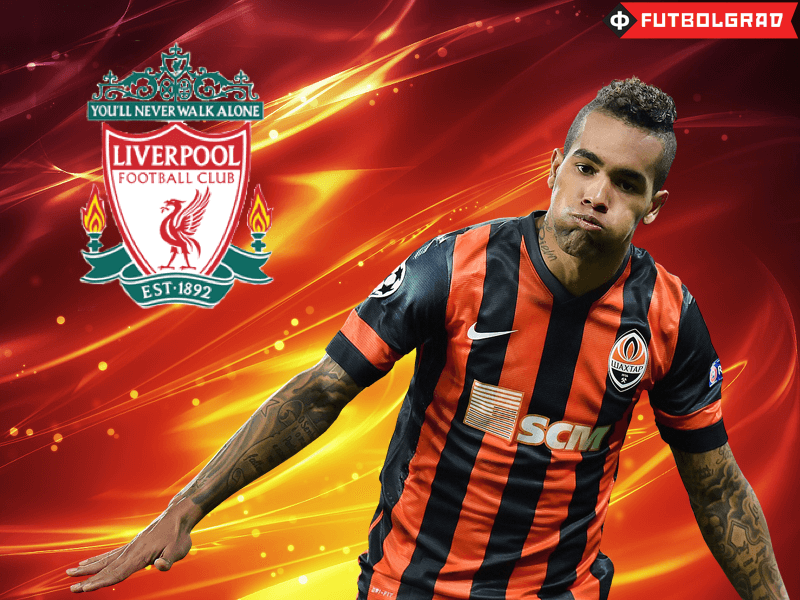 Alex Teixeira might be one of the most discussed transfer topics of the January transfer window. Teixeira has frequently been linked to London based Chelsea FC. Former Chelsea coach José Mourinho was especially interested in signing the Brazilian attacking player, and even flew to Ukraine to discuss the possibility of a transfer with Shakhtar Donetsk.

Chelsea were thought to be in the driver’s seat even after the tumultuous departure of Mourinho from Chelsea just before Christmas. Shakhtar Donetsk, however, were adamant that they would not sanction the departure of Alex Teixeira from the club in the winter. Consequently, Chelsea has looked elsewhere to strengthen their attacking line, and are now in the final stages of negotiations to acquire the Brazilian striker Alexandre Pato from Corinthians—Pato did not play for Corinthians at the Florida Cup on Wednesday because a transfer is now almost certain.

Futbolgrad attended Shakhtar’s match against Corinthians on Wednesday, and the absence of Alex Teixeira was noted. The nonappearance of the Brazilian for Shakhtar’s final Florida Cup match fired speculation in England that Alex Teixeira might be on the move this winter after all. 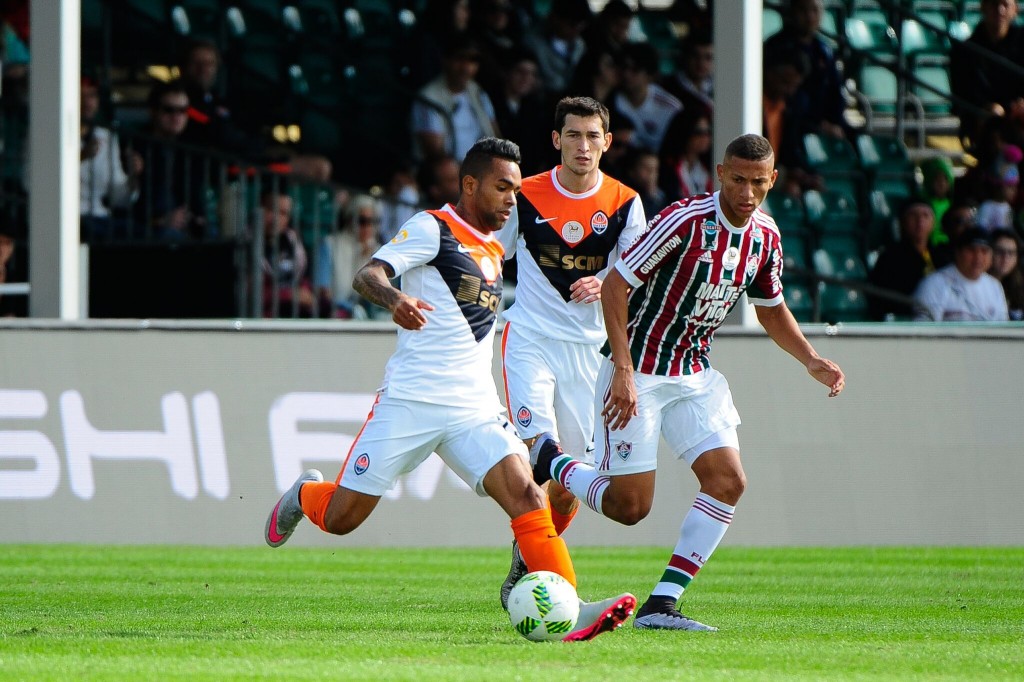 Reports published by the Guardian suggest that Liverpool have made a €32 million (Shakhtar are asking for at least €50 million) bid for Alex Teixeira, and that his absence on Wednesday was due to the negotiations between Shakhtar and Liverpool. Liverpool are engaged in a desperate search for another attacking option because officials at the club believe that Jürgen Klopp’s squad could still push for the title this season—Sports Betting Dime, however, has listed Liverpool as an unlikely candidate to win the title this year and record Manchester City as the likeliest candidate to win the title.

Alex Teixeira would indeed be able to add an extra element to Liverpool’s attacking game, as the versatile Brazilian, who can play up-front as a winger and a false nine, has scored 22 goals in 15 Ukrainian Premier League games this season—he is only four goals short of Henrikh Mkhitaryan’s Ukrainian goal scoring record.

Futbolgrad, however, has learned that the player was not available for selection due to an injury that he had picked up in an earlier Florida Cup match against Fluminense on Sunday.

Also, it is important to keep in mind that Lucescu has been consistent and firm in stating that Alex Teixeira would remain at the club until at least next summer. The Brazilian, who according to transfermarkt.de is valued €30 million, has a contract until 2018, which means that Shakhtar are very much in the driver’s seat regarding the future of the striker.

Past examples also highlight that Shakhtar can be an extremely difficult negotiation partner. It took several days of tough negotiating before Klopp’s former club, Borussia Dortmund, was able to acquire Henrikh Mkhitaryan, who was then also a Liverpool target. Those Liverpool fans who hope that Klopp could use his negotiation skills once again should be reminded that, in fact, it was Borussia’s sporting director Michael Zorc as well as the CEO Hans-Joachim Watzke, who managed the negotiations between Dortmund and Shakhtar in the summer of 2013. 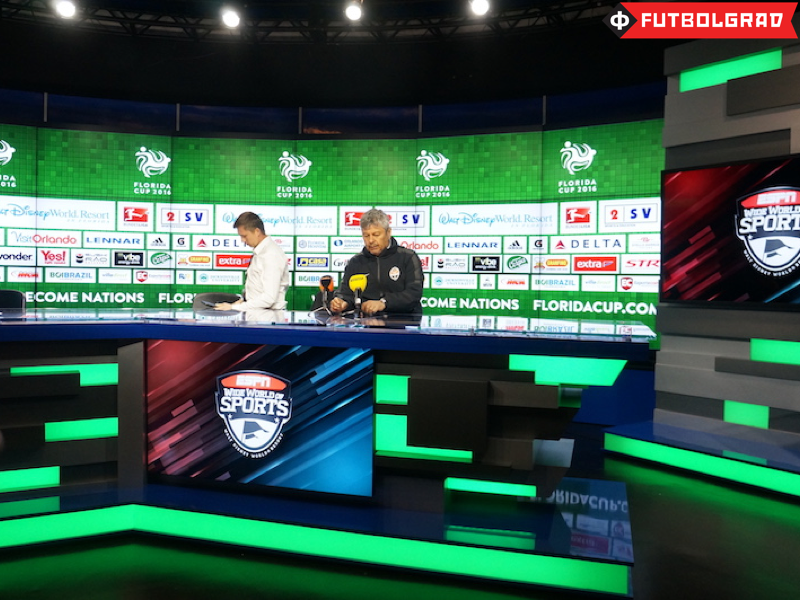 Lucescu at the Florida Cup – Image via Manuel Veth

There is also another example: FC Bayern Munich’s winger Douglas Costa was heavily linked with a move to England last winter, but in the end signed for one of Europe’s top clubs in the summer. Shakhtar coach, Mircea Lucescu, has taken pride in the fact that he can develop raw Brazilian talent for Europe’s top clubs. In Florida, he told several journalists, “I want to see my players only for the best teams in Europe, real top clubs. When one of the players goes there it means that both my assistants and I have not been working in vain for so many years. We signed players, who were 17-19, and brought them to the level of the top clubs. I wonder how many coaches in Europe are working based on such a scheme?”

Indeed, the club has made a practice of acquiring young talent, mostly from Brazil and developing them into top players who can be sold to the west. Critics have called Shakhtar a golden cage—which is certainly untrue, as Shakhtar has sold a number of players, such as Douglas Costa and Henrikh Mkhitaryan, for example, to clubs that have competed at the highest level in the Champions League. At the same time, another frequently repeated assertion, that big transfers don’t happen in the winter, is usually true.

Yet, despite the obstacles, Liverpool tried everything in their power to sign the Brazilian, including sending a Liverpool delegation, led by chief executive, Ian Ayre, to Orlando in an attempt to pave the way for a deal. Ayre has since left the United States, as the clubs remain far apart— so far Liverpool are not willing to spend the reported cost of €50 million.

Shakhtar’s high asking price shows that they are extremely reluctant to sell the player before the summer and, hence, while Liverpool under Klopp could indeed eventually land Alex Teixeira, it is doubtful that such a move would happen this winter.