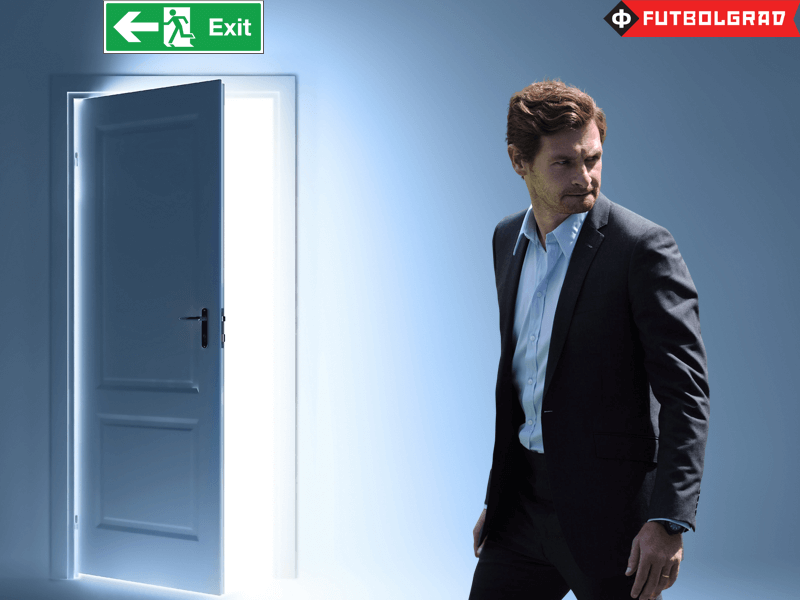 At best, the rest of Zenit Saint Petersburg’s Russian Football Premier League season looks like it will be disappointing. At worst it could be an embarrassment.

Their weekend performance, a 4-2 home win over Rubin Kazan, was one of their best of the season. In general, however, mediocre showings in 2015-16 have left Zenit in fifth place and six points off the top of the table. There is still time to catch leaders FC Rostov, and the side in second, CSKA Moscow – but it won’t happen if Zenit play like they have for most of the season.

Optimists may point to the fact that no team looks unstoppable this year: CSKA Moscow have certainly lost some of their old attacking verve, but still have moments in which they appear strong. Meanwhile Rostov have an uncompromising and, some would say, unattractive style of football, but they are able to stifle opponents and carve out narrow wins. The man in charge of Rostov, Kurban Berdyev—perhaps one of Russia’s best coaches—has a long history of turning clubs from underdogs to title contenders. Zenit still have to play both CSKA Moscow and Rostov but it’s difficult to picture them beating either.

Assuming the top two keep up their good form, Zenit might find themselves without Champions League football in 2016-17. Russia currently has two UEFA Champions League places, and the recent European exit of the three remaining Russian teams means that it is unlikely that the RFPL will gain a third Champions League starter anytime soon. Having to play in the Europa League would be seen as a failure by Zenit’s management, who have higher expectations for the club. A lack of Champions League football would give the club another problem—without the money it brings it will be difficult, under Financial Fair Play rules, to justify spending big on rejuvenating an expensive squad.

Manager André Villas-Boas is currently serving out the longest notice period in history, having announced in September that he’d be leaving the club at the end of the season. Since that announcement his side have won just four league games. Key midfielder Axel Witsel has made no secret of a desire to move to Italy, and was blamed by many for both goals conceded by Zenit in the recent game against Benfica Lisbon. Long-serving attacking midfielder Danny has also been linked with a move away from Saint Petersburg, and once André Villas-Boas leaves one can only imagine other foreigners—particularly the Portuguese-speaking players—may also leave. Expect summer moves by Hulk, who has been linked with a move to China, and Luís Neto. Other foreigners, including Nicolas Lombaerts, Javi Garcia and Ezequiel Garay may also seek to leave for a stronger league.

One solution to these problems is to start preparing for 2016-17 right now. Following Zenit’s Champions League exit earlier this month, Sport Express journalist Dmitriy Simonov tweeted a prediction that current Zenit assistant coach and legendary player Sergey Semak would quickly replace Villas-Boas. This would be a brave move, but probably the right one for the club as it would breathe new life into the team, and Semak would have time to prepare a title-challenging team for next season.

Zenit’s leadership may believe a better choice is a big-name foreign manager with plenty of money to spend, but Financial Fair Play could mean that the club will be unable to spend big on the transfer market—past experience suggests that a scenario with a non-Russian manager at the helm and little money to spend on players will only end in tears.

Appointing Semak now and weaning the club off its current cohort of expensive stars—some of whom are ready to pack their suitcases—would be a bold move but also a pragmatic one that recognizes the likely realities of next season. It would also be popular with long-standing fans, who miss the days of successful Zenit side that had a Russian (and often local) backbone.

Pragmatic? Brave? Popular with the fans? It probably won’t happen, then—though in Russia it is always wise to prepare for the unexpected…