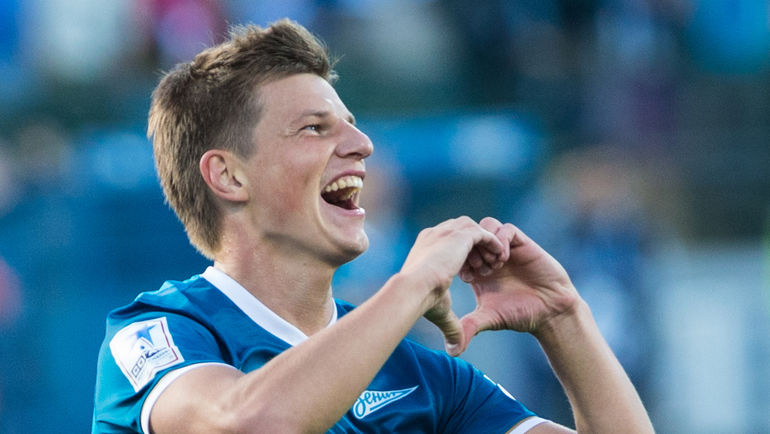 At 34 years of age, it was widely expected that Andrey Arshavin would ride into the sunset and retire from football after his contract with Zenit Sankt Petersburg expired this season. Zenit had offered Arshavin a position in the club’s administration. Instead of a desk job, however, Arshavin chose to postpone his retirement by signing a contract with Kuban Krasnodar.

Kuban is a particularly puzzling choice for Arshavin in that players of his calibre usually choose to sign the final contract of their career with a club that can either promise one final run of glory or a huge financial contract. It follows that Arshavin could have chosen to play for Kuban’s city rival FK Krasnodar, or to sign a contract for one final season in China, Mexico, the United Arab Emirates, or even Major League Soccer.

It is not only the fact that Arshavin signed a contract with Kuban that is puzzling, but also the way in which this contract was negotiated between the player and the club. Kuban has been in huge financial trouble lately, and there have been questions as to who actually is in charge of running the club.

The conflict over the ownership of Kuban Krasnodar has involved the regional government of the Krasnodar Krai, and the supposed majority shareholder of the club Oleg Mkrtchyan. It is significant that it was the acting governor of the Krasnodar Krai, Veniamin Kondratyev, who held the final public meeting—the Administration of Krasnodar Krai even, announced the meeting on their official homepage—with Andrey Arshavin to convince the Russian playmaker to sign a contract with Kuban.

This signing by Andrey Arshavin is the latest twist in the ownership struggle between Mkrtchyan, and the Krasnodar Krai. In the past Mkrtchyan has failed to fulfil his financial obligations to the club to the extent that players and staff have gone without pay.

On May 30, the vice-governor of the Krasnodar Krai, Nikolai Daluda, told Sport-Express that: “In view of the economic situation, we established that Oleg Mkrtchyan was no longer able to finance the club. We had to solve all the problems for the regional administration.” Furthermore, Daluda announced that the regional administration now effectively holds 51% of the club’s shares.

There appear to be two options in the search to identify who is actually in charge of the club: as Dmitriy Zelenov wrote for Sport-Express, Arshavin’s contract at Kuban indicates that the regional government has either found new investors, or has decided to take over the club and to run it as an official arm of the regional government.

While Arshavin’s signing at Kuban indicates that the Krasnodar Krai has won the ownership struggle with Oleg Mkrtchyan over who is in charge at the club, Arshavin’s motivation as to why he signed at Kuban remains a mystery. At present, Kuban’s squad is not strong enough to offer Arshavin the prospect of ending his career on a high note. Kondratyev, therefore, must have outlined a plan for the 2015/16 season that convinced Arshavin to sign for the club This suggests that the club may continue to invest heavily in their squad before the 2015/16 season kicks-off.