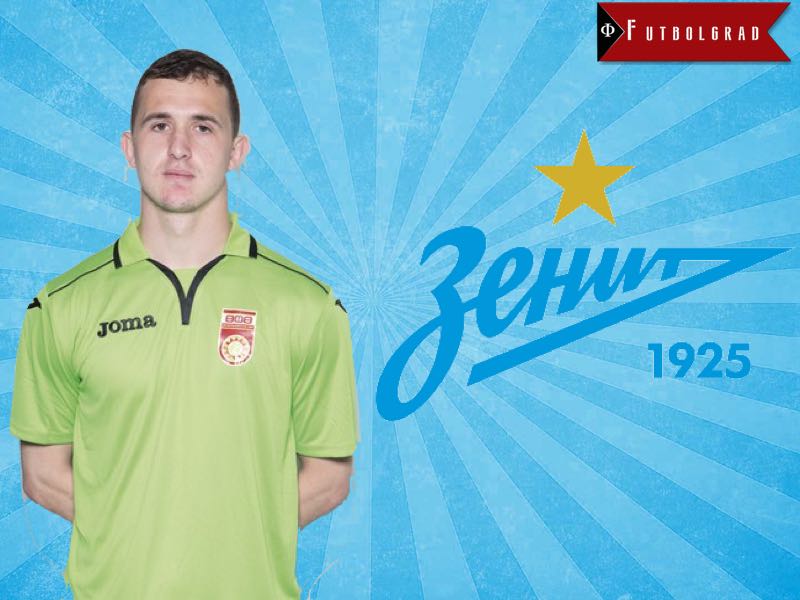 Had someone told Andrey Lunev in August that he’d be moving to Zenit Saint Petersburg in December, I wonder whether he’d have laughed, frowned or told them to get lost. At that point the goalkeeper was a reserve keeper at FC Ufa and had yet to make his Russian Football Premier League debut—he had just fifty first-team appearances to his name in the lower leagues.

At the start of September, though, his career path altered, as an injury to Ufa’s first-choice keeper Georgi Sheliya gave him his chance, and he grabbed it with both hands. In his first three games he kept clean sheets against FC Krasnodar, Lokomotiv Moscow and Spartak Moscow.

A few weeks later, injury to Lunev meant that Sheliya retook his place. The story could have stopped there, but an early red card for Sheliya against Rubin Kazan on matchday 13 gave Lunev a second bite of the cherry. That Rubin game aside—three goals conceded with the side down to team men for almost the entire game—Andrey Lunev kept three more clean sheets in the last four games before the winter break, which seemed enough to make Zenit move for him.

Andrey Lunev to Zenit is more than a fairytale story!

His rise seems like one normally found in fairly tales—a rags to riches story of the boy who started the season as third choice at Ufa. Or maybe not! There are a couple of things we shouldn’t assume about the Andrey Lunev signing.

One is that he was Zenit’s first choice target. A few weeks earlier Spartak Moscow announced the signing of young Amkar goalkeeper Aleksandr Selikhov, a player who had made his mark on the Russian Football Premier League with Amkar Perm’ over a longer period than Lunev. It was rumoured Zenit were also looking to sign Selikhov, but perhaps didn’t want to stretch to the asking price of €3.5 million for a player that might not make the first team.

This leads us on to the second point: we shouldn’t automatically assume that Zenit have signed Lunev as a first choice goalkeeper. It is true regular Zenit number one Yuriy Lodygin has been criticised for errors leading to goals over the last eighteen months. His playing confidence dropped, it is thought in Saint Petersburg footballing circles, when former coach André Villas-Boas tried to turn him into a ball-playing goalkeeper.

Current head coach Mircea Lucescu appears to want better of him in this department too: “He did it well with his hands, but was too slow with his feet,” he said about Lodygin after a recent game against Krilya Sovetov. However, Lucescu went on to say “He has more luck in games than [other first team keeper] Mikhail Kerzhakov. Lodygin might make mistakes, but with him we win.” Would Lucescu swap his “lucky” keeper who often does play well (the critics don’t seem to notice this…) for a player with just ten top-flight games under his belt.

Andrey Lunev might not have much experience, but he has plenty of the quality that was flavour of 2016 in conversations about successful people—grit. He was rejected by his youth team club Torpedo Moscow, sent out on loan to third tier clubs, and on top of that had to deal with threats from a bank after taking credit after one of his clubs had not paid him for months. But he’s always come back.

About his playing style he calmly states that he has no strong points and no weak points, and since the transfer he has been widely quoted as saying he hasn’t come to Zenit to “sit on the bench”. To answer the question I started this article with, perhaps Lunev would have actually paused for thought before nodding slowly…

My view on the move is that, unless he gets some luck, Andrey Lunev will have his work cut out to dislodge Lodygin. He has likely been bought as a strong understudy, one who will get the odd game and could do the job on a longer-term basis if required—similar to when Zenit had Vyacheslav Malafeev and Kamil Čontofalsky vying for number one spot a few years ago. Kerzhakov, now close to thirty and having played just nine games during eight years at Zenit, must be losing faith in ever becoming the club’s regular number one, and it is likely we will see him go out on loan during this winter break. 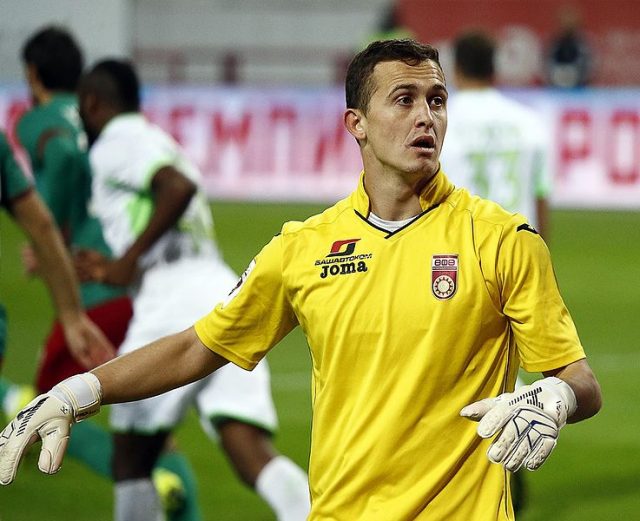 Andrey Lunev will have to do well to dislodge Lodygin as the number 1 keeper – Image by Elena Rybakova CC-BY-SA-3.0

To widen the lens slightly, it is interesting to make out what the transfer of Lunev says about Zenit’s overall transfer policy. Had they wanted a goalkeeper who could definitely dislodge Lodygin, they would have made a strong play for either FC Krasnodar’s Stanislav Kritsyuk or FC Rostov’s Soslan Dzhanaev.

Does Zenit’s transfer policy hint a future without Gazprom?

Given Zenit’s almost bottomless pockets thanks to Gazprom sponsorship, nobody appears to be out of reach. The current pursuit of Krilya Sovetov defender Ibrahim Tsallagov is also moderate compared to previous attempts to plug gaps with players definitely stronger than those at the club. Futbolgrad have also suggested that Zenit’s other confirmed winter signing, Hernani, is a good player but unlikely to be as effective in midfield as the departing Axel Witsel.

Joining the dots together, we could say that these transfers suggest Lucescu does not feel that Zenit’s first eleven needs much strengthening. We could also suggest the moves for Lunev and Tsagallov point to not wanting to sail too close to the mark in terms of foreign players— the foreign player limit of maximum five on the pitch has been a challenge to the Saint Petersburg club in the past.

Official! Andrei Lunyov is a Zenit player! The keeper is our second signing in this winter transfer window and has a 4.5 year contract! pic.twitter.com/ar2G9b626u

Reading into things a little more, and taking into account comments made by Gazprom CEO Alexey Miller, it may be that going forwards Zenit do not have quite as much money to spend as they did.

Commenting on Zenit’s financial status on December 25th, Miller noted how the club was now turning over a profit of $85 million per year. The bit that most media outlets make their headline however, was the following: “In reality, given those profits the club could exist with no problems without Gazprom. We’ve created a foundation, a strong base for the future development of the club.” A hint at a Zenit without Gazprom, maybe?