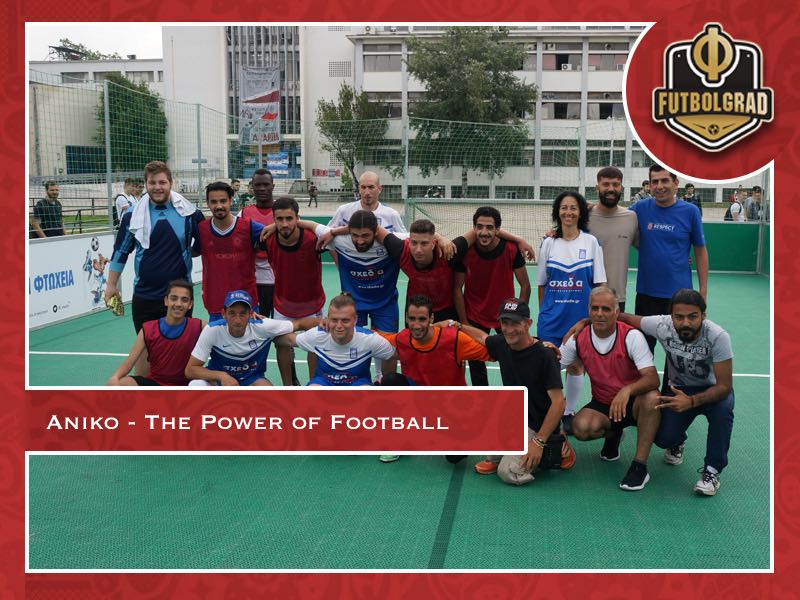 Greece in many ways is one of the major gateways for refugees that want to migrate to Europe. The United Nations High Commissioner for Refugees (UNHCR) states that currently, 241 refugees arrive in Greece via the sea route. Overall, 9,375 refugees have arrived in Greece in 2018 by the time of writing.

Over 40% of the arrivals are fleeing the conflict in Syria. But people are also arriving from Iraq, Palestine, Afghanistan, RD Congo, Pakistan and other states from the Middle East, Africa and even Asia. In general, the trend of arrivals has been on a downward spiral since the EU/Turkey deal, which in essence saw the European Union pay Turkey to stop the flow of refugees by keeping migrants from crossing into Europe – the EU has worked out similar deals with other border countries.

Furthermore, even with the numbers decreasing it is estimated that 72,000 are currently living in Greece. The living situation for those refugees varies from apartments to quickly erected camps that barely meet minimum living standards in places like Lesbos.

Many of those refugees will be expected to stay in the country long-term. At the same time, Greece has in many regards failed to integrate the many asylum seekers into its society.  As a result, Greece, and Thessaloniki has now become the hotbed for several non-government organisations (NGOs) to help the country with the integration process.

Organisations like Aniko attempt to step in where governments have failed

One of those organisations is Aniko (follow them on Twitter HERE). Founded by Dan Teuma Aniko’s “mission is to use the universal language of football to promote health and social inclusion for displaced people.”

We meet Teuma at a barber shop upon arriving at the city, and the founder of Aniko is quick to point out the importance of football when it comes to integration. “Football is inclusive it brings people together no matter what their background is.” 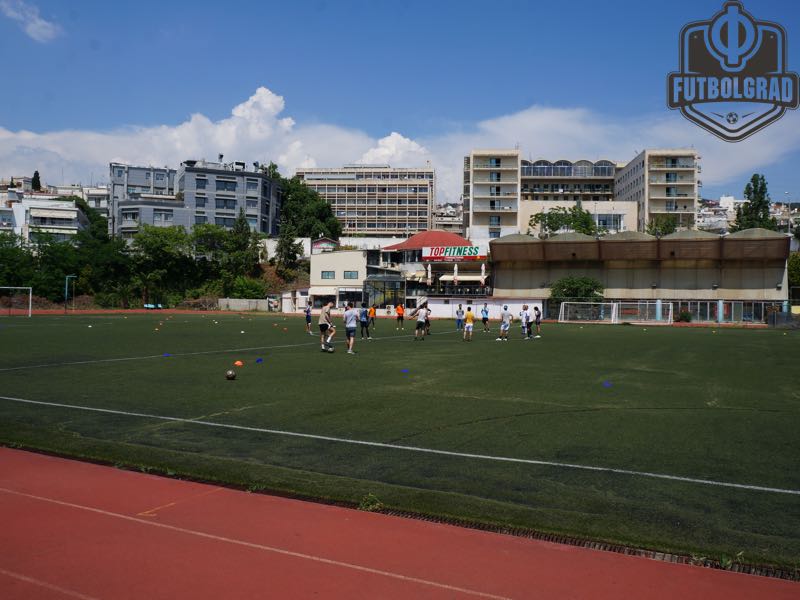 The concept is so very easy but complex at the same time. Aniko provides two free training sessions a week with the main focus to provide a space in which refugees can meet locals. Anyone can participate, and when the Futbolgrad Network visits the training grounds of Iraklis, there are 30 players eager to await instructions from Thomas Farines, who together with Teuma is one of two project leaders of Aniko.

With a background in coaching and the experience of working in social projects, including Football Beyond Borders in the United Kingdom, the 29-year-old Farines runs the training sessions. A Brazilian and French citizen Farines is a citizen of the world charismatic with a booming laugh and a constant twinkle in his eye.

In the days leading up to the sessions, Farines tells the Futbolgrad Network: “sometimes people are too overcaring towards refugees, meaning that they live in a different environment that is almost detached from reality. I am trying to give them a parameter of rules and sense of society because our society has rules.”

“When I run the games sometimes I make mistakes”, Farines laughs, “but that is a good thing because it teaches them an important lesson that life isn’t always fair. Of course, I don’t always make those mistakes on purpose”, Farines says with a twinkle in his eyes.

At the 11 against 11 game during the training session, Farines happened to make several mistakes. “I didn’t have a good day, but also I am not a referee”, Farines tells the Futbolgrad Network in private. 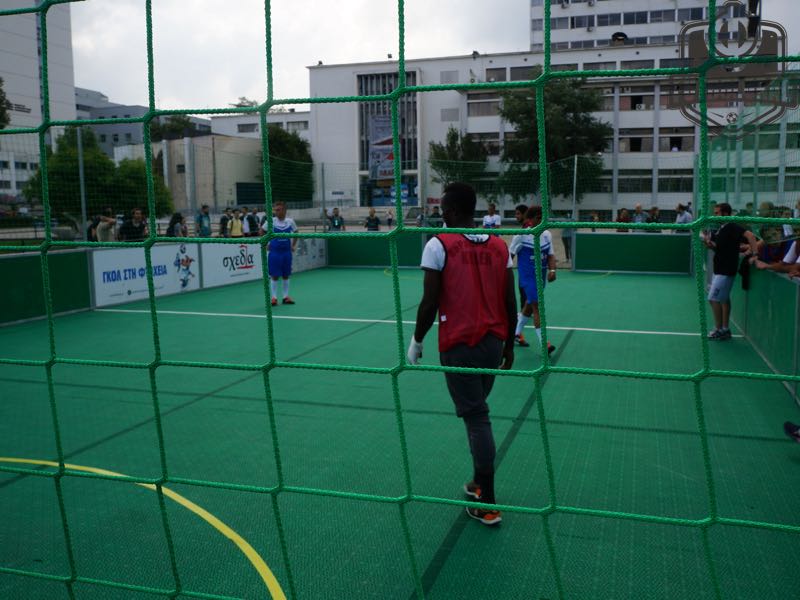 But on the field, he only acknowledges his mistake briefly pointing out that this is a common occurrence in the game but also in life in general. Circled by all 30 players that attended the training session Farines recaps the session only briefly touching on the mistakes and focusing mostly on the positive.

“Today I saw a beautiful thing. I saw a player who has never played left-back before being taught by another player how to play the position throughout the match,” Farines points out. “That is why we are here, to help each other to give strength to one another and to encourage rather than criticise,” Farines added.

Those very same mantras Farines repeats to the Futbolgrad Network in private conversations throughout the visit to Thessaloniki. The message is explicit inclusion is important, but it only works if both sides are interested in it. Furthermore, there needs to be universal denominators.

Football is the clear denominator

One of those very clear denominators is football. One thing that quickly becomes apparent throughout the training session is fun. “Go out and have fun”, is consistently repeated to everyone taking part by both Teuma and Farines.

It is through that message that inclusion works better. Football, after all, can also be a frustrating sport. Taking parts in tournaments, for example, means that Aniko can be confronted by bad decisions made against the team.

“We had a scenario where my players said the referee was making bad calls because he was racist”, Farines tells the Futbolgrad Network. “It was true the referee was having a bad day, and I was frustrated with him too, but he wasn’t racist he just had a bad day that was something I had to point out to my players that sometimes people simply make mistakes,” Farines adds.

For the refugees, football is, therefore, almost like a second school. A place where they can learn about the society they are about to join. But it is not just on the training pitch where Aniko helps.

Establishing partnerships with the ultras of Aris FC, Iraklis and Apollon Pontou Aniko has been able to give access to local football matches in Thessaloniki. In what is a pilot project the ultras allow ten to 20 refugees to attend the games in the fan sections of the respective stadiums. 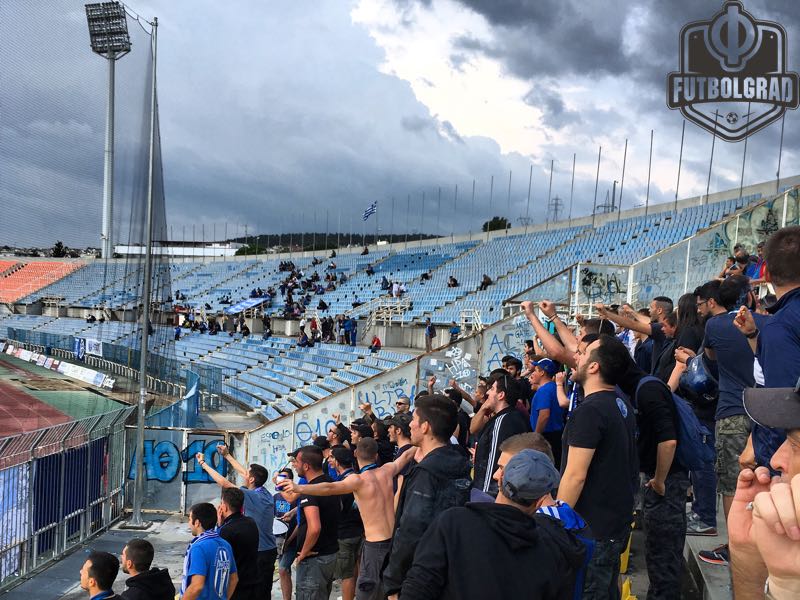 Despite competing with one another, the ultras have been happy to include the refugees. In some ways, they see them as potential new fans of their clubs. Also, Apollon Pontou was founded by refugees coming from Turkey back in 1926 and, therefore, has a direct connection to this latest wave of refugees that have arrived in the Balkans.

The club that perhaps gives the most is Iraklis. The oldest club in the city not only allows refugees to attend the game but as mentioned above also provides the training facilities for Aniko’s sessions.

“It is a very good relationship, in a sense they really welcome us, and they invited us to various tournaments,” Farines explains. “They opened the doors to us when most doors closed. They just gave us the football pitch no questions asked,” Farines adds.

In some ways, Iraklis has become the home of Aniko. Farines, however, wants more. “I want my players to play for local clubs, they need to get away from this environment and play with Greeks, because some of them will stay for the rest of their lives,” Farines concludes.

As the European Union, in general, and the Greek government, in particular, wrestle with integration policy organisations like Aniko are dealing with the reality. That reality is that the refugees have arrived, that more will come and that many will stay and as a result, we need tools for integration – one of those tools without a doubt could be football the most universal language of them all.