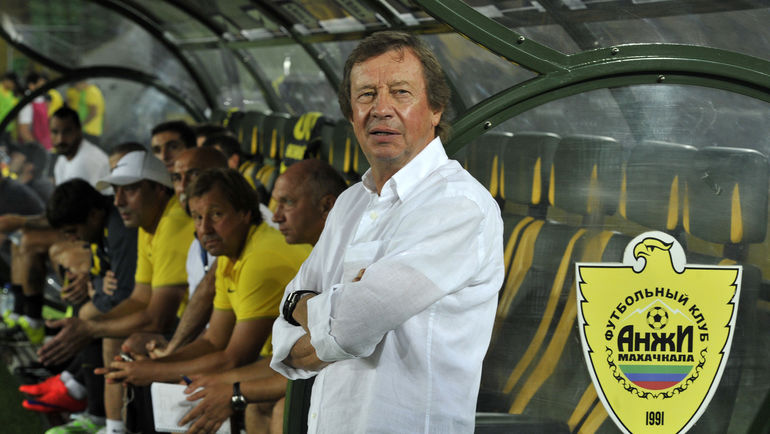 Anzhi Makhachkala – An Oddity in a Special Environment

It has been such a busy week for Russian football, with Zenit Saint Petersburg and CSKA Moscow involved in the Champions League group stage, and Krasnodar, Lokomotiv Moscow, and Rubin Kazan playing in the Europa League, that the story of Anzhi Makhachkala once again firing a head coach, can easily be overlooked.

Anzhi was promoted to the Russian Football Premier League (RFPL) last season, and at most clubs, the coach responsible for a team’s success would receive a pay raise. Anzhi, however, opted to move on without their successful head coach Sergey Tashuyev.

On May 29, Saul Pope wrote that the sacking of Tashuyev could herald the start of another round of heavy investments by Anzhi’s owner Suleiman Kerimov. Championat.com reported that young Italian manager Gennaro Gattuso was Kerimov’s number one target. Instead, the club hired Yuriy Semin, and embarked on a policy of signing young players from all over the post-Soviet space in an attempt to turn Anzhi into a club that could generate a profit by buying and selling players.

This change of policy was especially highlighted by the involvement of the Armenian oligarch Oleg Mkrtchyan. Semin was hired because he is considered a coach who works well with raw talent, a skill that he demonstrated while working at Mordovia; Semin has proven that he can work well with a team that was assembled on a low budget.

At Anzhi, Semin took a relatively young squad—the team’s current average age is 25.4 years—with the objective to achieve not only a respectable finish in the Russian Premier League, but also to help the many prospects in the squad reach the next step in their development as footballers.

Now, after ten games in the RFPL, Anzhi Makhachkala have managed to gain only six points, which translates into a last place in the current standings. Hence, on September 29 Anzhi’s management decided to fire the coach.

The official statement on the club’s homepage read the following: “Today, by mutual consent of all parties involved, we terminated the cooperation between FC Anzhi and the head coach Yuriy Pavlovich Semin. We carefully analysed the situation and the performance of Anzhi in the first ten rounds, and came to the conclusion that the two sides should terminate their work together. This move is for the good of the club. FC Anzhi thanks all the coaching staff headed by Semin, and for the joint work and wish them luck in their future endeavours!”

The statement on the homepage also announced that, for now, the youth team coach Ruslan Agalarov would coach the club. Agalarov, when asked whether he would be the first team coach after Anzhi’s next match against Kuban Krasnodar, responded, “this question should not be put to me, I can’t answer it. I execute my duties and prepare the team for the Kuban match. What will happen next? I don’t even know what will happen in ten minutes from now.”

In retrospect, one wonders what would have happened if Anzhi Makhachkala had stuck to Sergey Tashuyev, who successfully guided the club to a first place finish in last year’s First National League competition. On one thing, however, we can be certain, Anzhi Makhachkala remains an oddity even in the special environment that is Russian football.