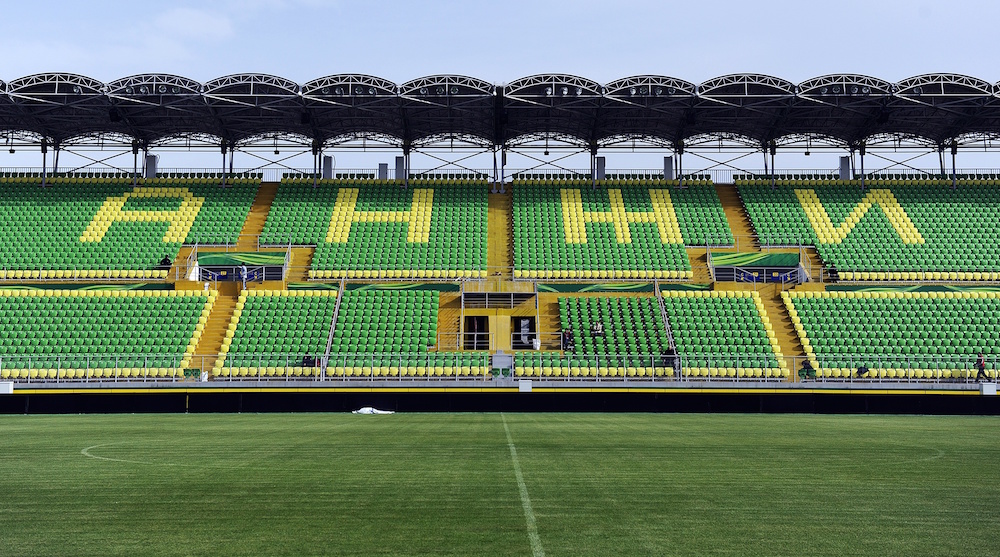 Once again things went a little strangely at Anzhi Makhachkala this week. In the top two of the Football National League for almost the entire season, an immediate return to the Russian Premier league was all but confirmed at the weekend. Just the right time, then, to let manager Sergey Tashuyev go.

Tashuyev’s contract finishes at the end of May, but it won’t be extended. Tashuyev himself told Sport Express he’s awaiting a meeting with the club management, and it’s hard to disagree with his assessment that he’s done a “good quality job”. By winning the club a promotion in what was a tough four-horse race for two spots, he has more than achieved what was asked of him at the start of the season.

This isn’t the first time Anzhi’s leadership has thrown the baby out with the bathwater. Going into the 2013-14 Premier League season Anzhi had Guus Hiddink as manager and had finished a best ever third the year before. On the playing staff were Russia captain Igor Denisov and the world’s highest-paid player, Samuel Eto’o.

Following a 1-0 home defeat early in 2013-14, however, owner Suleyman Kerimov announced the club would “change direction” with immediate effect. High-earners in the squad were sold, with the new focus on developing local players. When the inevitable relegation came it was with a very different team to that which started the season. Hiddink had left the club as well, he was replaced by René Meulensteen, who only lasted 16 days, and was in turn replaced by Gadzhi Gadzhiyev who was unable to prevent Anzhi’s relegation.

To call Anzhi Makhachkala a badly-run club would, however, be incorrect. Kerimov is in some senses a stereotypical Russian club owner – from fairly humble origins, he made most of his estimated US$3 billion in the first decade and a half after the Soviet collapse. But in other ways he is less typical: he has a strong history of philanthropy and – having grown up in Dagestan – he wants to create a strong local team.

Kerimov achieved this in 2012-13, but whether he can sustain it is questionable. Lacking a football background, he built a side of individual stars rather than a team – which was evident when things quickly fell apart. Anzhi also appears not to be immune to fluctuations in Kerimov’s personal wealth. The sudden change of direction in 2013-14 was linked to a 25% collapse in share prices of Uralkali, a big fertiliser company in which Kerimov is a major shareholder.

The sacking of Tashuyev could herald the start of another expensive ‘international’ Anzhi team. Championat.com reported that young Italian manager Gennaro Gattuso is Kerimov’s “target number one”. Others have suggested that high-profile managers such as the Belorussian Leonid Kuchuk and the Russian Yuriy Semin are being courted. The odd timing of Tashuyev’s sacking may be due to the current availability of one of these contenders

It’s a rare club that doesn’t keep the manager who got it promoted. Kerimov might have another year’s experience of running a football club under his belt, but whether he’s able to make wiser decisions as a result remains to be seen.