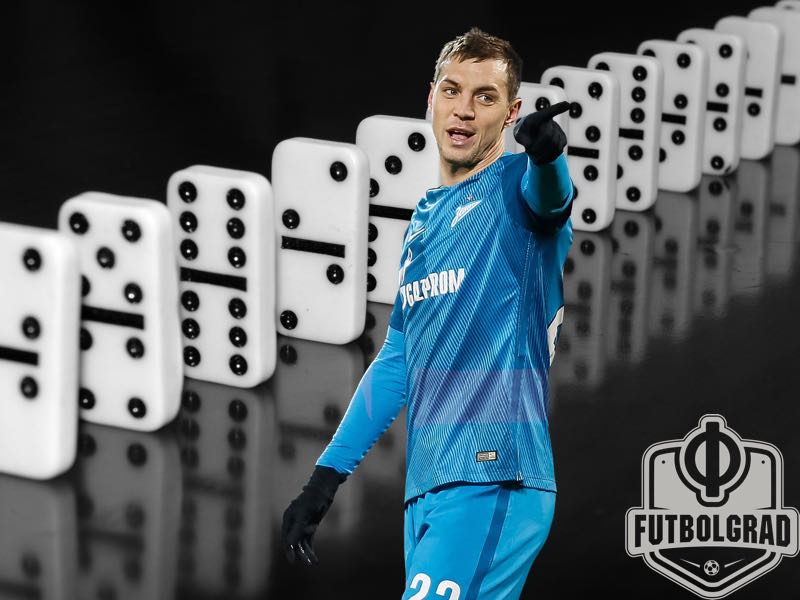 Artem Dzyuba – Will the Dominoes Fall in his Favour?

Artem Dzyuba and Oleg Shatov did not travel with Zenit Saint Petersburg to the club’s first training camp. While the club is quite open about the fact that Oleg Shatov is for sale the situation is more complicated with Artem Dzyuba, who officially remained in Saint Petersburg because he was not deemed fit enough to train with the squad.

Dzyuba, however, aggressively has denied those allegation taking to Instagram where he posted pictures of himself working out using hashtags that stated “healthy as a lion” and “ready at 100”. The Instagram story, which disappears after 24 hours, showed Dzyuba doing launches, squads, working out on a stationary bicycle and showing off his stellar physique. 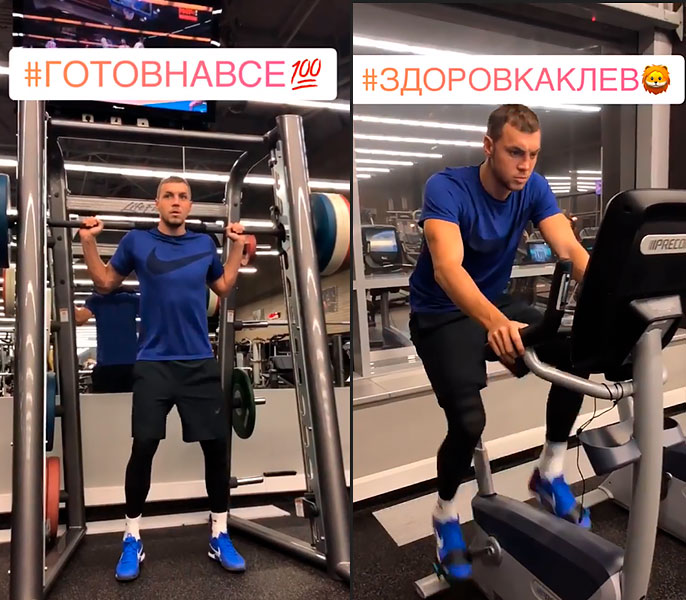 Artem Dzyuba posted pictures of himself training on Instagram.

The Zenit forward then also posted a picture of himself and commented with a poem by the English writer William Henley called Invictus, which further eludes to his unhappiness with the club’s decision to not include him in the training camp. The poem reads:

Out of the night that covers me,

Black as the pit from pole to pole,

I thank whatever gods may be

For my unconquerable soul.

In the fell clutch of circumstance

I have not winced nor cried aloud.

Under the bludgeonings of chance

My head is bloody, but unbowed.

Beyond this place of wrath and tears

Looms but the Horror of the shade,

And yet the menace of the years

Finds, and shall find me, unafraid.

It matters not how strait the gate,

How charged with punishments the scroll,

I am the master of my fate:I am the captain of my soul.

I am the captain of my soul.

Dzyuba – Poetry or a War of Words With Zenit?

The Russian sports page sports.ru has now speculated that the Instagram posts and the poem are the beginning of a war of words with Dzyuba’s club Zenit. The page pointed out that both Winston Churchill and Nelson Mandela have used the poem to rally their respective nations in the face of adversary. Churchill used the poem in 1941 at a parliament speech, and Nelson Mandela quoted Invictus in prison to raise the mood of the prisoners—Invictius also became the name of a South African rugby movie starring Morgan Freeman and Matt Damon.

In both instances, the situation was a bit more dramatic than what appears to be the case for Artem Dzyuba at the moment. The Russian second division club Yenisey Krasnoyarsk commented underneath the posts inviting Dzyuba to play for the club. Although Yenisey are in a decent position to be promoted at the end of the season Dzyuba will be unlikely to make a move to Russia’s Football National League.

At the same time, Zenit’s refusal to take Dzyuba to their training camp indicates that the time will be soon up for the striker. At the same time, they do not want to appear too desperate to sell him. Although just voted as one of the most profitable clubs in Europe Zenit will require a decent return for their striker.

Signed on a free transfer in the summer of 2015 Dzyuba has been the number one striker for the club until Roberto Mancini signed an armada of Argentinian players this summer. The purchases brought in a culture change at the club with Mancini preferring to play more cultured forwards up front giving the majority of playing time to Aleksandr Kokorin, who is finally showing off his world-class talent.

With his playing time diminished at Zenit Dzyuba has now lost his starting position in the Russian national team to Krasnodar star Fedor Smolov. Furthermore, the emergence of teammate Kokorin means that Dzyuba might not make the squad at all this summer. With this in mind, one can understand why Dzyuba is getting worried about his position in the team.

Zenit in the meantime wants to get the maximum return for their forward selling him to a club that can not only take on his massive salary but also bring in some cash that Zenit can use to further strengthen the squad without running afoul of UEFA Financial Fair Play regulations.

This makes a difficult somewhat tricky, but not impossible. Russian clubs interested in bringing in Dzyuba include Arsenal Tula, Ufa, CSKA Moscow and Krasnodar. He also has offers from Galatasaray and Beşiktaş in Turkey and is linked with Stade Rennes in France. 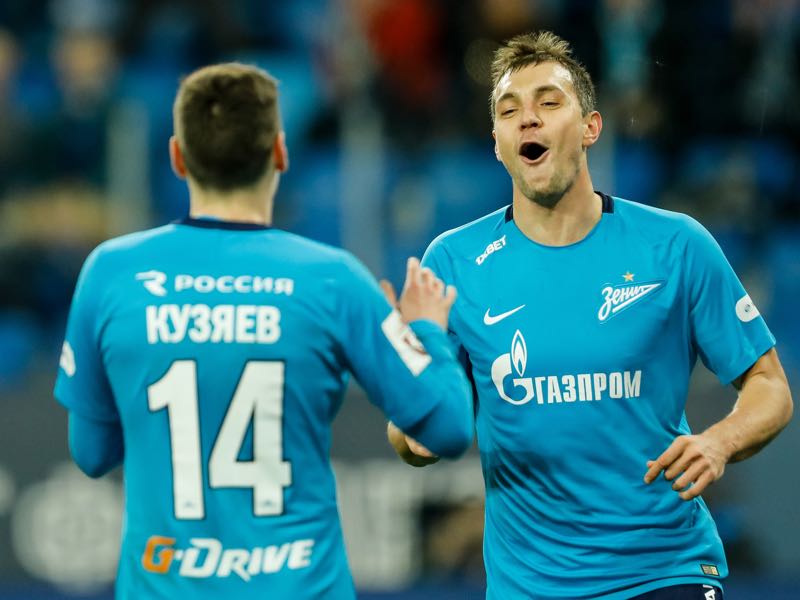 There have not been many occasion for Artem Dzyuba (r.) to celebrate this season. (Photo by Epsilon/Getty Images)

As it is often the case, a transfer might not be finalised until individual pieces fall into place. Every transfer window is usually kick-started with one significant transfer that sets several stones in motion. This winter’s significant transfer will be Alexis Sanchez move to Manchester City, Manchester United or another club. Arsenal are in turn linked with bringing in Borussia Dortmund’s Pierre-Emerick Aubameyang, which could mean that Dortmund would go for Chelsea’s Micky Batshuayi. Chelsea are then understood to bring in Andy Carroll from West Ham to replace Batshuayi, which in turn would pave the way for Smolov to move to England opening up a spot for Dzyuba at Krasnodar.

Yes, the dominoes could indeed fall positively for everyone involved. Unfortunately, all of this is speculation and until the dominoes land we do not know what the future holds for Artem Dzyuba, who for now seems to be locked in poetry, gym work and a war of words with the club that employs him.