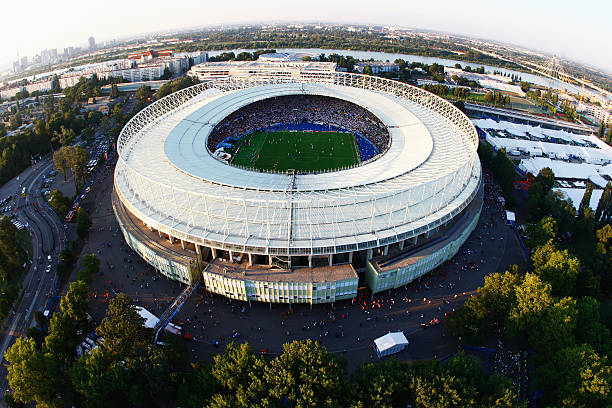 Austria vs Georgia will take place at the Ernst Happel Stadion in Vienna. (Getty Images)

After playing a perfect European Championship qualification campaign, Austria travelled to France last summer with a lot of optimism. The tournament, however, was a major disappointment after the country failed to qualify for the next round. Understood to be a building block for a brighter future Austria was optimistic to be eligible for their first World Cup since France 1998.

Austria won their first qualification game of this World Cup campaign against Georgia. Since then, however, the results have been disappointing. A draw to Wales was followed up with defeats to Serbia and Ireland. Austria has since beaten Moldova and then drew Ireland 1-1. Austria were then undone by Ben Woodburn’s wonder goal on matchday 7, which left das Team with just eight points out of seven games. Austria now trail second placed Ireland by five points and face a mission impossible to qualify for the 2018 FIFA World Cup.

Hence, anything but a victory against Georgia on Tuesday would eliminate die Burschen from World Cup qualifying. As a result head coach Marcel Koller has come under fire and there is a good chance that the Swiss coach will be fired once Austria missing out on Russia 2018 has become official. In truth, however, it is hard to criticize the coach. Koller has gotten the maximum out of a squad that David Alaba and Marko Arnautović aside mostly consists of middle-class players.

Austria now face a Georgia side, who they defeated 2-1 on matchday 1. Georgia managed a 1-1 draw on Saturday at the Boris Pachaidze Dinamo Arena in Tbilisi. It was a positive result for the Caucasus Republic, who continue to build a team that wants to challenge for a qualification spot in the long term. Head coach Vladimir Weiss is a believer in the power of positive results to build a team that can challenge in the future. With a squad that mostly consists of players, who earn their money in the post-Soviet space in places like Russia, Belarus and Ukraine Georgia’s most prominent player will be Giorgi Kvilitaia, who earns his money in Austria playing for Rapid Vienna.

Austria vs Georgia – Players to look out for:

David Alaba in the Austria shirt is one of the big mysteries in world football. An outstanding left-back for his club team Bayern München David Alaba has always demanded a more commanding position when playing for Austria. As a result head coach Marcel Koller has moved David Alaba from the back four to the centre of the park trying to convert Austria’s biggest star into a playmaker ahead of Euro 2016. The country had a perfect record going into the European Championships last summer but has since struggled, and one of the biggest problems has been Alaba’s performances in the red-and-white of his country. While he is the most talented player by a long-shot in Austria’s squad, he seems overwhelmed playing in the central role for Austria. With World Cup qualifying in the balance, it might be perhaps time to end the experiment and move Alaba back into the back four. 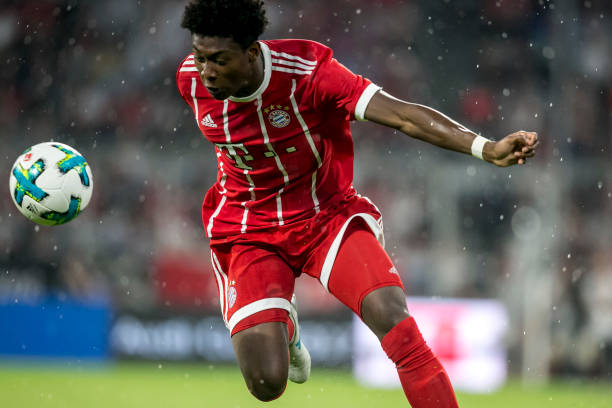 David Alaba has struggled to carry across his abilities from Bayern to Austria’s national team. (Photo by Jan Hetfleisch/Bongarts/Getty Images) 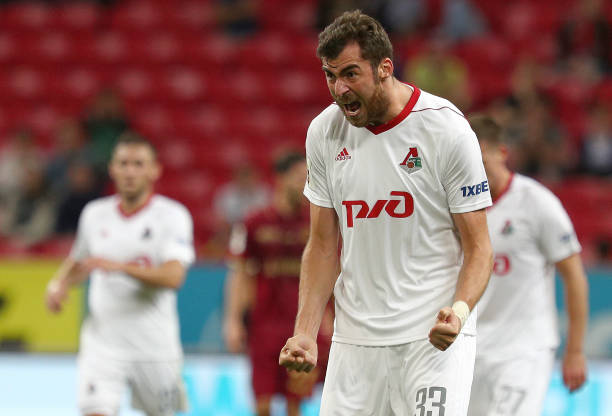 Solomon Kvirkvelia has been excellent for Lokomotiv this season. (Photo by Epsilon/Getty Images)