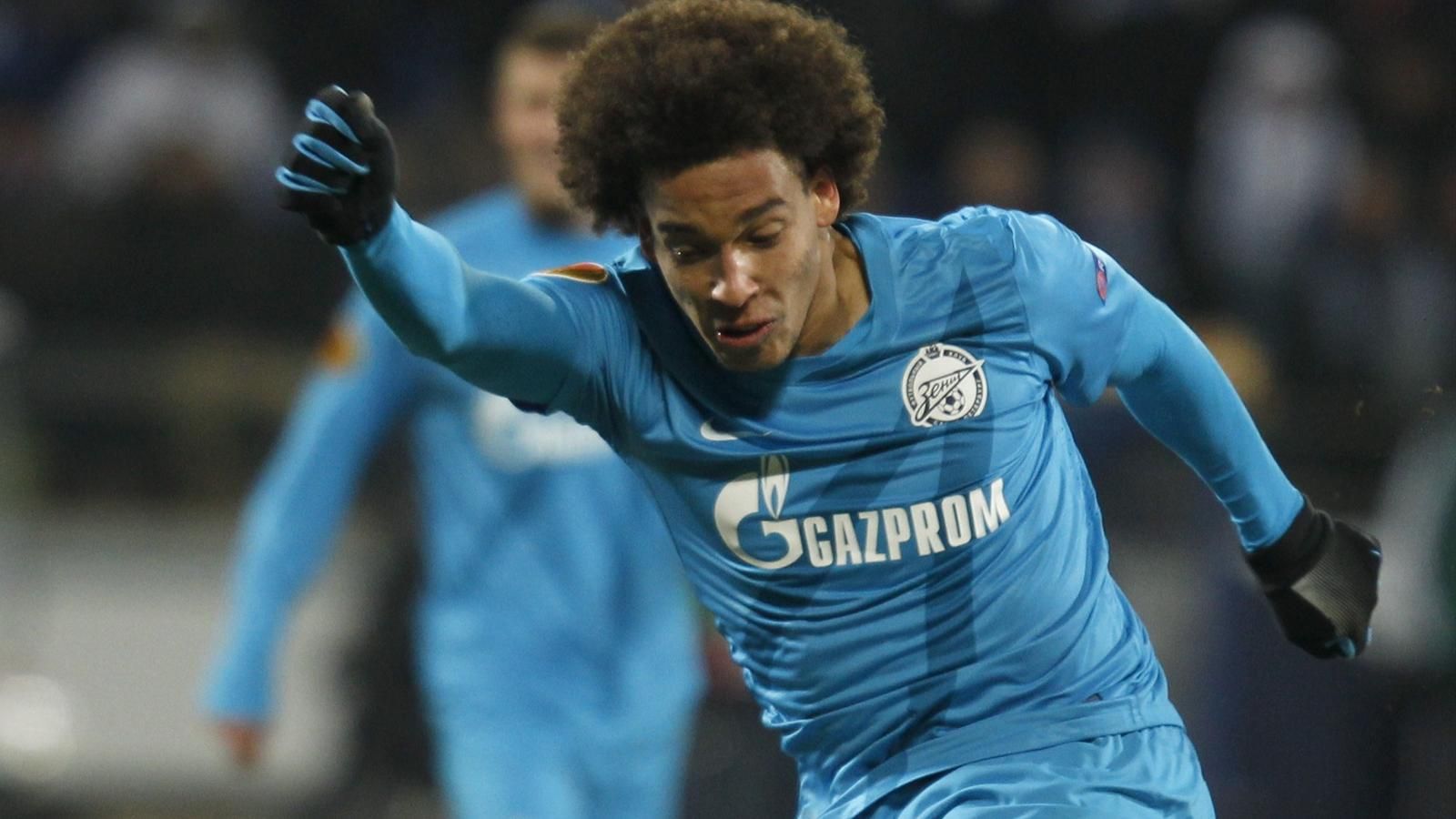 Zenit Sankt Petersburg’s Belgian midfielder Axel Witsel is the next central midfield gem who could be off the market in what can only be described as the merry go round of transfers in the last few days. First came the transfer of Bastian Schweinsteiger from Bayern Munich to Manchester United; Bayern then went out to replace Schweinsteiger with Juventus Turin midfielder Arturo Vidal; and now Axel Witsel might be the next midfield anchorman on the move.

Witsel has been the subject of transfer speculations since last December, when it was rumoured that Zenit would have to make budget cuts due to the rouble crisis, and stringent Financial Fair Play (FFP) regulations. Changes to FFP regulations, however, have given Zenit much needed breathing room, which in turn has meant that Zenit was no longer forced to have to sell some of its key players at any price.

Hence, while Zenit is willing to sell Witsel, Gazprom, which owns the club, may only consider a substantial sum for its midfield motor. The Italian club AC Milan, which had been negotiating with Zenit for Witsel, has already pulled out of the negotiations, as the Italians are not able to meet the high monetary demands that Zenit has made. Speaking to Goal.com AC Milan CEO Adriano Galliani said: “No [we won’t sign Witsel], that’s enough now.”

With AC Milan out of the picture, and with Bayern Munich having already found a replacement for Bastian Schweinsteiger, there are only a handful clubs that could be interested in meeting Gazprom’s demands for the central midfielder. Furthermore, the rumoured transfer sum of €42 million paid by Bayern for Arturo Vidal may also set the bar for a possible Witsel transfer, and although Witsel did not have the same standout year as Vidal, the fact that Witsel is two years younger than Vidal could mean that Zenit would not be off target by asking for around €40 million (which was in fact the amount of money Zenit paid when they signed Witsel from Benfica Lisbon in 2012).

Roman Abramovich, Chelsea’s owner, and one of the richest oligarchs of the post-Soviet space, has reportedly flown to Sankt Petersburg to negotiate directly with Zenit’s management and Gazprom, the owner of the club, over Witsel’s transfer.

Abramovich is well-versed when it comes to negotiating contracts directly with clubs from the post-Soviet space, as he was also the key figure behind the deal that brought the Brazilian playmaker Willian from Shakhtar via Anzhi Makhachkala to West London in 2013. Back in 2013 Tottenham had the deal all but secured when Abramovich intervened directly by using his connections with both Willian’s agent Kia Joorabchian and Anzhi owner Kerimov to get the deal done.

Now it appears likely that Abramovich might once again work his magic, by using his well-developed post-Soviet football networks to make a seemingly impossible deal work. A deal involving Witsel will also be facilitated by the fact that Abramovich’s club Chelsea already have an excellent working relationship with Witsel’s agency Mondial Sport Management & Consulting Sarl. Mondial currently represents several Chelsea players, all of whom have played in Portugal in the past—where several clubs are associated with Abramovich’s football empire.

Meanwhile Zenit are poised to replace Witsel with the Portuguese midfielder João Moutinho. Moutinho plays for AS Monaco, which is owned by Dmitry Rybolovlev, another Russian oligarch who is well-versed in the post-Soviet football network. … And the fascinating merry go round continues in this summer’s transfer window.