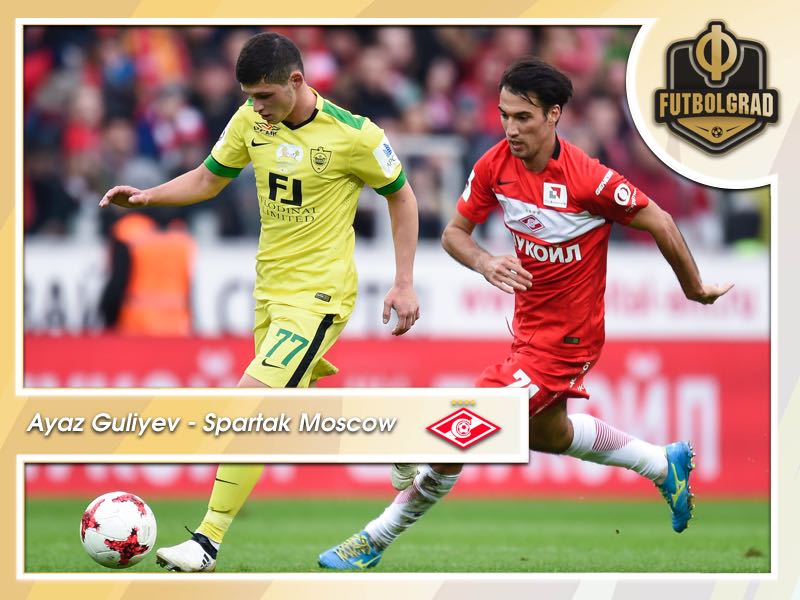 Ayaz Guliyev – From Rostov to Mecca back to Spartak

It has been a frantic few days at Spartak Moscow. Within a few days, the club saw Roman Eremenko leave on a free transfer shortly followed by Marko Petković and Ivelin Popov. Meanwhile, Aleksandr Samedov (free transfer), Artem Timofeev and Jano Ananidze (both on loan) were all moved to Kryliya Sovetov Samara. With plenty of outgoing activity and only one player signed thus far in wing-back Ayrton Lucas, Spartak reacted on Wednesday by signing Rostov midfielder Ayaz Guliyev.

The 22-year-old midfielder rejoins Spartak Moscow after he was sold from the club’s second team to Rostov last summer for €500,000. The Muscovites were able to exercise a buy-back clause that allowed the Myaso to resign Ayaz Guliyev for €1 million.

It is a fascinating transfer given that Spartak Moscow are in a bit of a mini-rebuild under new head coach Oleg Kononov. Although in fourth-place in the league, just six points behind league leaders Zenit, Spartak have had a difficult start to the campaign that ended with popular head coach Massimo Carrera being fired in October.

Under Kononov the club somewhat stabilised, and Spartak are in an excellent position to start the second half of the campaign in February. At the same time, the three-month-long winter break is often used for major squad adjustments in Russia. It is in some ways a holdover from the former Soviet Union and the earlier days of the Russian Premier Liga where the season was played from the early spring to late fall.

True to that tradition Spartak’s major rebuild appears to be going on now, and Ayaz Guliyev seems to be a major part of that rebuild.

Who is Ayaz Guliyev?

In many ways Guliyev highlights that Russia is only a uniform culture on a first glance. One of many Russian players with a complex background Ayaz Guliyev has already made 22 appearances for the Russian U-21 side. Born in Moscow the central midfielder is a Spartak Moscow academy product with roots in the Caucasus. A holder of a Russian and an Azeri passport Ayaz Guliyev is a devoted Muslim, who spent this winter break on a pilgrimage to Mecca. It appears that the Hajj to Mecca brought an instant reward to Ayaz Guliyev in a move back to Spartak Moscow. 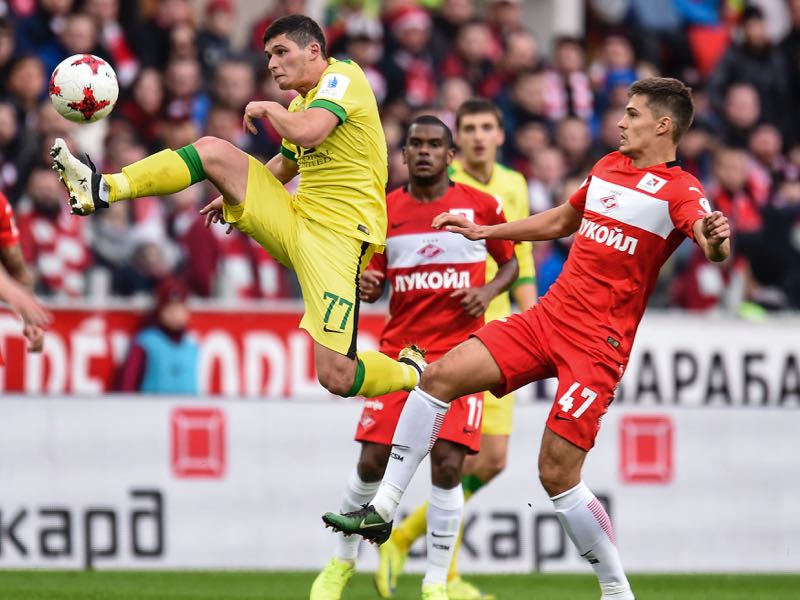 Ayaz Guliyev then spent some time in the United Arab Emirates, ironically the very place where he will spend the offseason training. Spartak Moscow, after all, are spending the winter break in the UAE training in Dubai. It was here that the news emerged that Ayaz Guliyev will be rejoining the team after spending half a year in Rostov.

Before getting there, however, the 22-year-old midfielder had a round trip from the Middle East to Moscow and back. “I first flew to Turkey, then to Moscow to meet the team and then flew back with Spartak,” Ayaz Guliyev explained to the media at Spartak’s winter camp.

“I am very happy to return to Spartak,” Ayaz Guliyev added in a public press release issued by Spartak. His return to his youth club is the result of hard work Guliyev put in while playing on loan for Anzhi Makhachkala and the half season with Rostov this year.

In fact, returning to Spartak seemed a faraway prospect. “Of all the players involved in the youth team of Spartak, I was the only one who has not tried; I was a little bit disappointing. Instead, other players were tried or bought. In the meantime, I didn’t even get to train with the first team,” Ayaz Guliyev told the Russian media in September.

Now Ayaz Guliyev is given a chance, but what sort of player is Ayaz Guliyev? As alluded above he is a short but influential midfielder. The Russian media outlet Sports.ru described him almost as a quarterback – a role that he played well for Valery Karpin at FC Rostov.

It is an excellent way to describe the central midfielder. In his 14 matches this season he averaged 83 minutes but only scored once while collecting four yellow cards and one red card. His favourite position, in the meantime, is right in front of his penalty box.

This season Ayaz Guliyev managed to complete 54.1% of his on average 79.2 actions he was involved in per 90 minutes. A hard worker the central midfielder averaged 78% pass completion and 4.18 interceptions per game. One surprising number, for a defensive midfielder, is the number of dribbles, he completed 73.5% of his on average 6.3 dribble attempts per game.

It is a skill that allows Guliyev to win the ball deep in his half and move through the middle third. But what is lacking is an ability to capitalise from his attacking runs. 2.76 shots per game and only one goal this season is not a good return on investment. Those numbers, however, might be due to Rostov’s style of play.

A more defensive-minded setup, Rostov under Karpin like to sit deep and pressure forward quickly when winning the ball. Kononov’s approach is different as he likes to play creative attacking football. It will, therefore, be interesting to see how Ayaz Guliyev will fit in Spartak’s tactical setup once the season kicks off in February.