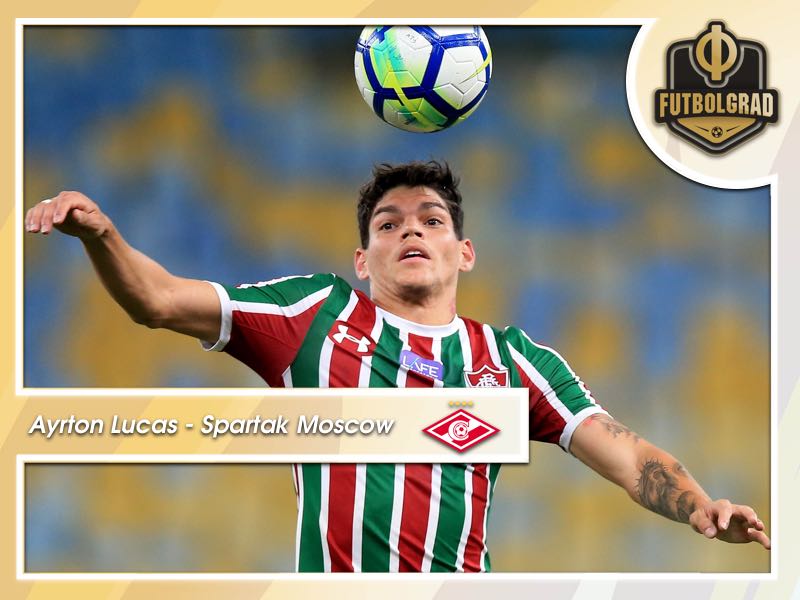 After a half season of disappointment that saw Spartak Moscow fire much-loved head coach Massimo Carrera and replace him with Oleg Kononov the Myaso have started their winter rebuild. On Monday the club announced the signing of the 21-year-old Brazilian wing-back Ayrton Lucas from the Rio de Janeiro based club Fluminense for €7 million.

A left-back Ayrton Lucas is supposed to fill a void that neither Dmitri Kombarov or Paraguayan forward Lorenzo Melgarejo could fill to complete satisfaction. The 31-year-old Kombarov played 11 games out wide for Spartak and had a satisfactory turnout by completing on average 68% of his overall 82.32 actions per game. In fact, with his 80.1% pass completion and ability to complete 72.9% of his on average 2.73 dribbles Kombarov is a reliable option on the left.

The problem has been his backup. Here Lorenzo Melgarejo has highlighted that he was converted from a forward to a wing-back. The Paraguayan managed to complete just 57.3% of his on average 69.29 actions per game and although he is more attacking minded and manages to complete more dribbles overall then Kombarov (65.2% of his on average 5.28 dribbles per game) Melgarejo tends to be pushed up too far up the field and also drifts into the centre where he feels more comfortable as a natural striker.

It explains why Kononov has recently stated that he would like to see Melgarejo further pushed up the field. It makes sense as well as a winger the Paraguayan can be one solution in replacing forward Quincy Promes, the Dutch winger left the club on the final day of the summer transfer window. Furthermore, it would also take off the pressure of the Brazilian winger Pedro Rocha, who despite his talent has found it difficult to adapt to the Russian Premier Liga.

What can Ayrton Lucas bring to Spartak?

But is Ayrton Lucas the right man for the task? “Ayrton Lucas is a very talented and young left-back. A typical Brazilian very good at offense, not so good at defense,” Gustavo Hoffman from ESPN Brazil explained to the Futbolgrad Network following the transfer.

“Ayrton Lucas began his career at Fluminense youth level had some loan spells and this year played very well,” Hoffman added. “He plays mainly as a winger, he has decent to good technique, and a lot of speed is fairly consistent too,” Brazil expert Paulo Freitas added. Furthermore, he attacks well but defends all right too, has other attributes expected from a Brazilian fullback, like speed, dribbling, etc.,” Freitas added. 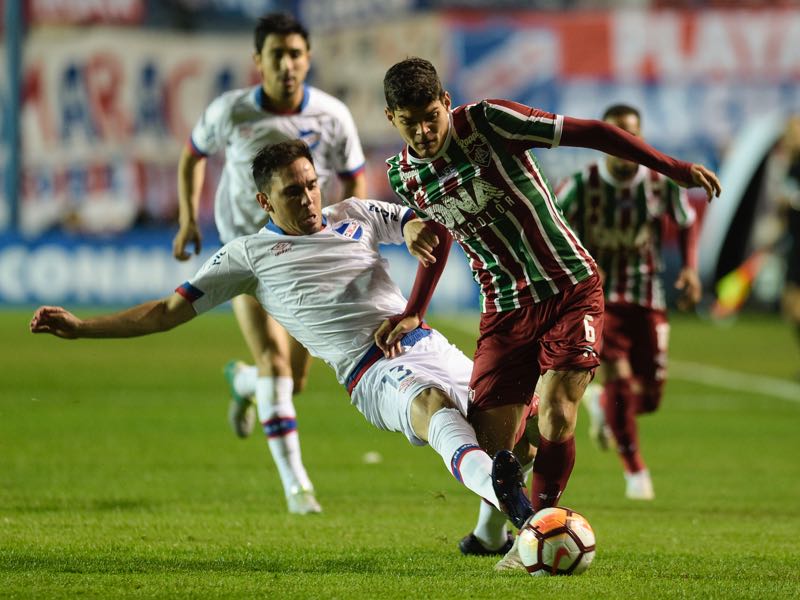 Between the three left-back options now on the books at Spartak Dmitri Kombarov is without a doubt the best defensive option. Melgarejo, in the meantime, could see himself be pushed up further the field and with Kononov toying to go with a flexible 3-5-2/5-3-2 formation, Lucas Ayrton could be employed on the left wing with Kombarov becoming an option as the left centre back in a three-man defence.

Hence, overall Ayrton Lucas does not bring anything ground-breaking to Spartak. But the Brazilian increases the options for Kononov heading into the second half of the season.

Who is Ayrton Lucas?

On the pitch, Ayrton Lucas, therefore, will at flexibility and Brazilian flair to the side. Off the pitch, the Brazilian, in the meantime has shown that he is not afraid to speak out.

“He has complained publicly about issues before like unpaid wages or lack of support from fans, but overall he has not been a very troublesome player,” Freitas told the Futbolgrad Network. “Lucas Ayrton and Fluminense didn’t finish the season so well, and was booed by the fans in the last matches as the club was fighting relegation,” Hoffman added.

It was indeed a difficult season for Fluminense overall, which in fact puts some weight to Lucas Ayrton’s overall pretty good numbers. Founded 116 years ago in 1902 Fluminense are one of the most prominent clubs in Brazilian football. Four times national champion and 31-time winner of the Campeonato Carioca (the Rio de Janeiro state championship) Fluminense battled against relegation for much of the season.

In the end, the club finished three points on top of the drop zone thanks to a 1-0 victory against América Futebol Clube on the final day of the season. Although Ayrton Lucas did not play in that match, the wing-back competed in 28 games overall this season and was an important part in Fluminense’s eventual survival.

Hence, the 21-year-old Brazilian should be able to deal with the pressure that comes with playing at Russia’s most supported club Spartak Moscow. “I think he can do well, especially as it seems Spartak do need a left-back, but as always with foreign players, it’s hard to guess how well he will adapt,” Freitas sums up the transfer.

Time will tell, of course, and Ayrton Lucas’ new teammate Pedro Rocha, for example, highlighted that it could be difficult for Brazilians to adapt to the Russian Premier Liga. At the same time, the likes of Mario Fernandes, Vagner Love, Fernando, Guilherme and Ari have highlighted the strong link between the two countries. Overall, Ayrton Lucas should have a strong support network of fellow Brazilians playing in the Russian capital, which could aid in his integration process.