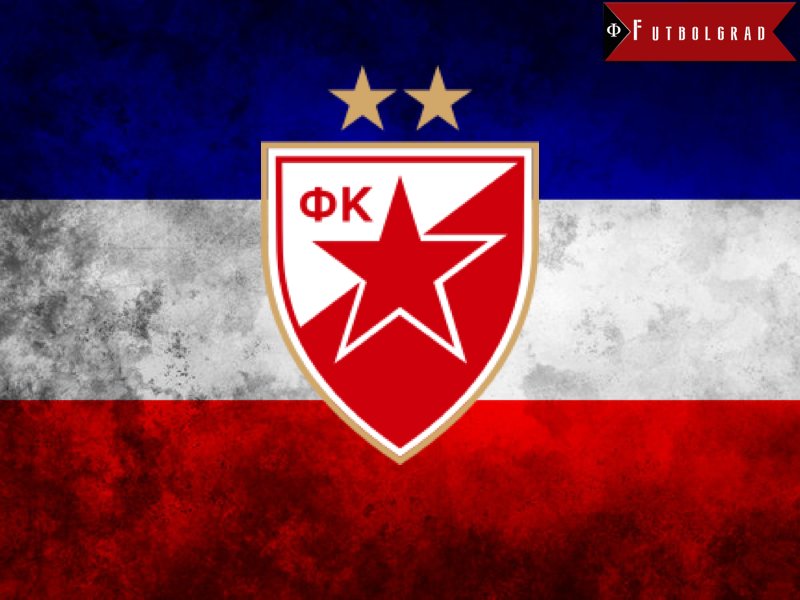 The night of May 29 1991 will be forever written in the football history books as the single most successful moment of a nation sitting on the cusps of extinction—Yugoslavia.

Symbolically enough, the country’s civil war and the subsequent break up were symbolized by an unbelievable football story, which at the same time also stood for the best things former Yugoslavia should be remembered by. The last hoorah of a golden generation of, according to western standards, an obscure group of players who managed to beat the odds in a formidable manner and grab a European crown right in front of the noses of a football goliath, is an epic endeavour which is unlikely to be repeated by a club from the Balkans or even Eastern Europe.

It was the night when Red Star Belgrade won the European Cup, beating French powerhouse Olympique Marseille on penalties, after a goalless 90 minutes and additional 30 of extra-time at the final, which played out at the Stadio San Nicola in Bari.

The European Cup winning Red Star side of 1991 was a generation of extremely talented players, and might have been the brightest crop of footballers that Yugoslavia had on offer at the time.

In the shadow of the war, and the turmoil that was to come, this epic success was marginalized and Red Star’s bright talents will forever be deprived of the deserved recognition as one of the greatest teams in Europe. 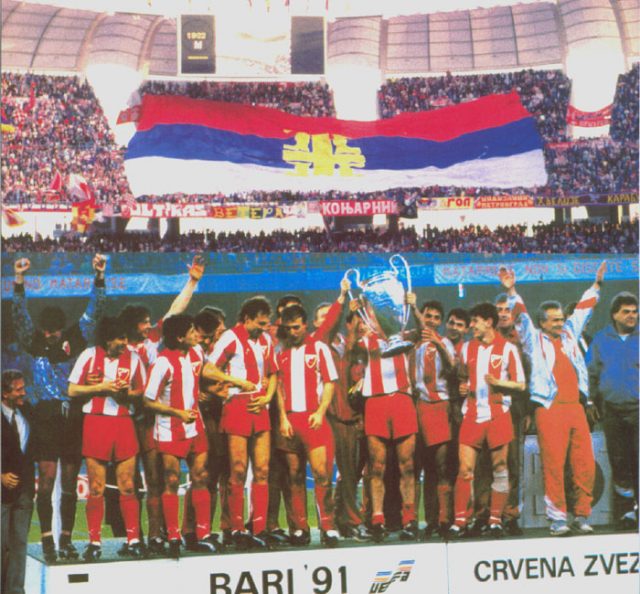 Red Star Belgrade with the European Cup – Image via ljupkepetrovic.com

Red Star’s class of 1991 exuded class and played the kind of football that was a joy to watch. Aggressive on the pitch, self-confident, and packed with quality footballers that went on to make great careers abroad, Red Star took Europe by storm, having managed to shift the focus from an impending war to a positive storyline.

Red Star were coached by Ljupko Petrović, a unique character in the managerial waters of the time. Praised for his unorthodox methods, and incredibly attractive style of football, Ljupko Petrović was widely accredited for the unprecedented success achieved at the European stage.

There was also plenty of talent on the field. Years before he took Croatia to a World Cup semi-final, Robert Prosinečki was one of the Red Star’s brightest stars. He was accompanied by former Serbia manager, and until recently AC Milan coach Siniša Mihajlović, the Serbian midfielder, who went on to become Serie A’s most prolific free-kick taker.

The star-studded team also featured one of Europe’s most prolific strikers Darko Pančev, who scored 34 goals for Red Star that season, which was enough of a tally to collect the European Golden Boot.

A man remembered as the Serbian “Carl Lewis”, Dragiša Binić was also part of the set-up, a power dynamo who could run 100m in 10.5 seconds. This generation also featured a Montenegro legend, and at the time soon-to-be AC Milan’s player Dejan Savićević.

A squad filled with talented kids of 21, 22, 23 years of age, Red Star went on to do the unthinkable—to beat Europe’s Galacticos, the original ones, long before Real Madrid claimed the term.

A winners’ dream began to take its shape in the first round of the competition when Red Star locked horns with Grasshopper Zürich to claim an aggregate win of 5-2. It was an impressive achievement for the Belgrade club who showcased their dominant side to raise a couple of European eyebrows right from the start.

Ljupko Petrović’s tactic was similar to Jürgen Klopp’s Gegenpressing, which was in its full form in the next round as well. Red Star played against Scottish powerhouse Rangers FC in a match that ended up being true to Walter Smith’s assessment, who scouted Red Star for Ranger’s coach Graeme Souness prior to the game.

His graphic explanation summed up in two simple words “We’re f.cked” was the best way to describe the 4-1 loss to the Belgrade club that followed.

There was no stopping for the Serbian side, as Red Star made a truly powerful statement in the quarterfinals with the 6-0 aggregate beating of the East German champion Dynamo Dresden.

The semi-final match against Bayern Munich was a more intense affair with Red Star recording a 2-1 win in the first leg away. The Bavarians proved to be a tough nut to crack and Red Star were forced to work hard to earn a 2-2 draw for an aggregate win of 4-3 and a ticket to the highly expected final showdown against French Marseille.

Galacticos on their Knees

Long before Russian oligarchs and Qatari football lovers hit the European market, Olympique Marseille stood proud in their own power and magnitude fuelled by the money of politician Bernard Tapie.

Marseille matched Red Star’s dominance on route to the final, but the Yugoslavians were unaware of the challenge that stood ahead of them.

Ljupko Petrović played the video tapes of Marseille in the hotel the night before the game, leaving his young guns petrified of their rival’s depth, strength, and frightening confidence. Known for his free-flowing brand of football, Ljupko Petrović decided to pull a stunt.

“If we attack them we’ll leave ourselves open for counter attacks. When you get the ball, give it back. Don’t do anything. We will finish the match 0-0, Dika Stojanović will save a penalty, and we will be crowned champions”, he told his confused players.

The mastermind was right. His observations were spot on, and he predicted the outcome of the game to its last detail. Different analyses would go on to show his tactical vision could be attributed to nothing more than detailed and thorough scouting of the opponent. Marseille were used to playing big games and have never been given a treatment Red Star had in store for them.

Stevan Dika Stojanović did go on to save a penalty and Manuel Amoros’ penalty miss proved to be a crucial one, as the football goliath was left watching on its knees as Red Star lifted the trophy high into the air.

A romantic story of Red Star’s historic success has been immortalised over the past 25 years, with a quarter of a century only enhancing and empowering the myth behind it. It remains one of the greatest achievements in the history of Yugoslavian and Serbian football.

And with Red Star’s fall out of grace being well documented on Futbolgrad, the final victory in Bari is gaining its place in the club and even country’s urban folklore for generations to enjoy.