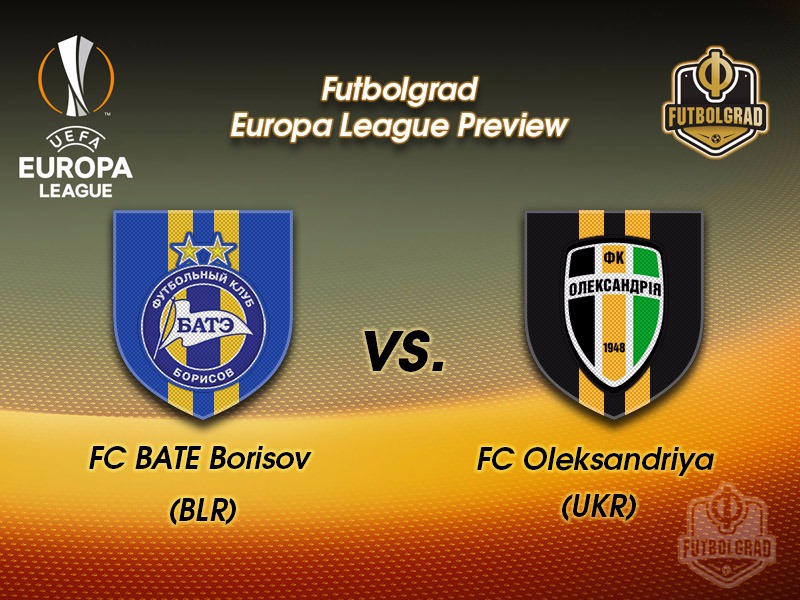 BATE Borisov and FC Oleksandriya will face each other Thursday night in the first leg of their Europa League playoff with a spot in the group stage of the competition at stake. The Belarusian and Ukrainian sides find themselves in the same position, but the paths they have taken to get here could not be more different.

BATE Borisov are the eleven-time defending champions of the Belarusian Premier League and have extensive experience in European competition. They have taken part in the group stages of the Champions League on five occasions, and in 2012 recorded a memorable 3-1 victory over Bayern Munich.

As the champions of Belarus, BATE entered this year’s Champions League qualifiers in the second round and defeated Armenian champions FC Alashkert 3-1 on aggregate, but at the next stage of qualifying BATE were eliminated by Slavia Prague of Slovakia on away goals.

While they are no European heavyweights, given their European pedigree the failure to reach the Champions League group stages is somewhat of a disappointment for BATE.

Oleksandriya, on the other hand, are a tiny club from a provincial Ukrainian city that are taking part in European competition for only the second time in their history. Oleksandriya were promoted to the Ukrainian Premier League three years ago and surprised many observers with a sixth place finish, which was enough for a Europa League spot due to Dnipro’s ban. Their first foray into Europe ended with a 6-1 aggregate defeat to Hajduk Split of Croatia.

Next season they did one better and climbed to fifth in the table, and again qualified for Europe. Drawn against Romanian side Astra Giurgiu, a single goal from the penalty spot in the return leg at home was enough to secure a 1-0 aggregate victory and sent the fans at the 7,000 capacity Nika Stadium into ecstasy.

Any European successes for a club of Oleksandriya’s size and is an impressive accomplishment, but the result should not be sensationalized. Astra finished sixth in the Romanian league last season and most of their players from the side that won the league in 2015 and knocked West Ham out the Europa League last season are no longer with the club.

As for domestic form, BATE are one point of the top of the Belarusian Premier League table with over half the season complete. Oleksandriya have had a poor start to their campaign, and have picked up just three points from their first five matches. A spirited performance at the weekend was not enough to prevent Shakhtar from claiming a 2-1 victory. Nevertheless, their modest success in Europe has thus far overshadowed the domestic struggles, and at the moment there is a sense of excitement surrounding the club.

BATE Borisov vs FC Oleksandriya – Player to look out for:

The 21-year-old Shcherbitski is the biggest goalkeeping talent in Belarusian football today. Normally the number two behind Sergey Veremko Shcherbitski has seen increased playing time thanks to a suspension issued against Veremko, which will last until September 18. Veremko played in the Champions League qualifiers against SJK Seinäjoki and Slavia Praha and conceded five goals in four games. With Veremko lacking match practice due to his suspension do not be surprised to see Shcherbitski in the lineup against Oleksandriya.

Long-serving captain Andriy Zaporozhan is the heart and soul of Oleksandriya, having been at the club since 2008. He scored the decisive penalty over Astra in the prior round, but the impact of the central midfielder is hardly limited to penalty-taking duties. Zaporozhan has the most crucial role of any Oleksandriya player. He is the primary playmaker, linking defense and attack, but also provides defensive solidity in the middle of the pitch.