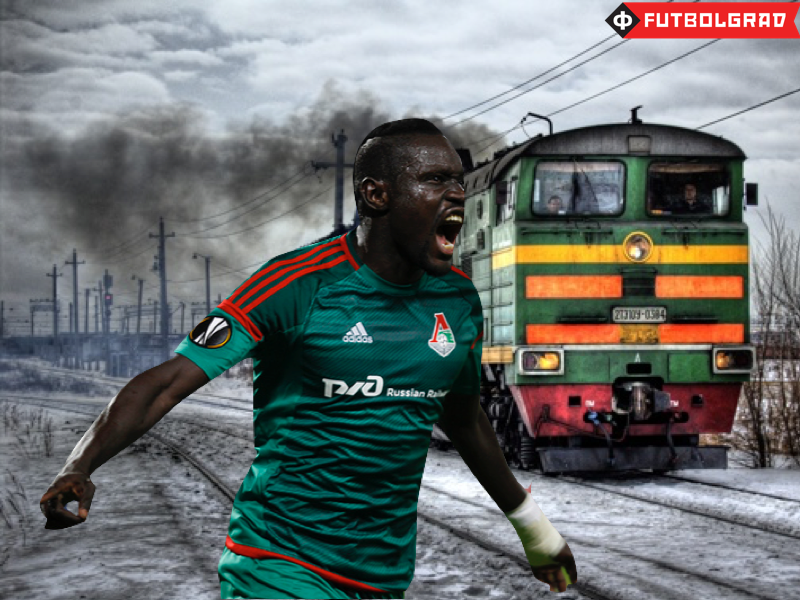 Baye Oumar Niasse – A Lokomotiv For The Premier League

According to the Italian journalist Matteo Pedrosi, the London based club Chelsea FC are interested in Lokomotiv Moscow’s Senegalese striker Baye Oumar Niasse.

Niasse has been one of the best players at the Lokomotiv Stadium this season. He has scored eight goals in 15 Russian Football Premier League games and added another four goals in six Europa League matches, averaging a 7.32 whoscored.com score.

Sport-Express has since reported that Guus Hiddink has asked Roman Abramovich to sign another striker and that Niasse, along with FC Basel’s Swiss striker Breel Embolo, tops Chelsea’s winter shopping list.

At 182 cm and 82kg, the Senegalese striker would be perfect for the Premier League; the player is a typical power forward who is extremely proficient at holding on to the ball when functioning at a high tempo and under pressure.

Niasse worked hard to increase his physical presence on the pitch last summer and his increased pace and fitness have been key components for the club’s success in the league—Lokomotiv are currently third behind CSKA Moscow and FC Rostov and are in the Europa League, where the club toped Group H.

Lokomotiv, however, is facing budget cuts by its owner Russian Railways and might be forced to sell some of its brightest talents in the January transfer window.

In the past, the 25-year-old Niasse was linked with a move to the Turkish Süper Lig, with Galatsaray Istanbul reportedly the most likely destination. But a move by Niasse from Russia to Turkey became unlikely after the president of the Russian Football Union, Vitaly Mutko, issued a strong recommendation that Russian clubs refrain from doing business of any kind with Turkish clubs.

In truth, Niasse’s physical and technical abilities make him a prime candidate for one of Europe’s top three leagues. Hence, with Lokomotiv willing to cash in on Niasse now, and with a move to Turkey blocked, England could be the perfect location for Niasse to continue his promising career.

Niasse, however, has pointed out that he will consider his next move carefully: “At this point, there are many big clubs interested in me, but I must also recognize something. If I leave, it must be a plus for me, my career, and the national team of Senegal because I can bring something to the game of the national team.” He further added, “If any English club made me an offer, we will discuss it. If it is a specific proposal, it is possible that I can leave. If not, I will do everything possible for Lokomotiv and then at the end of the season—we’ll see.”