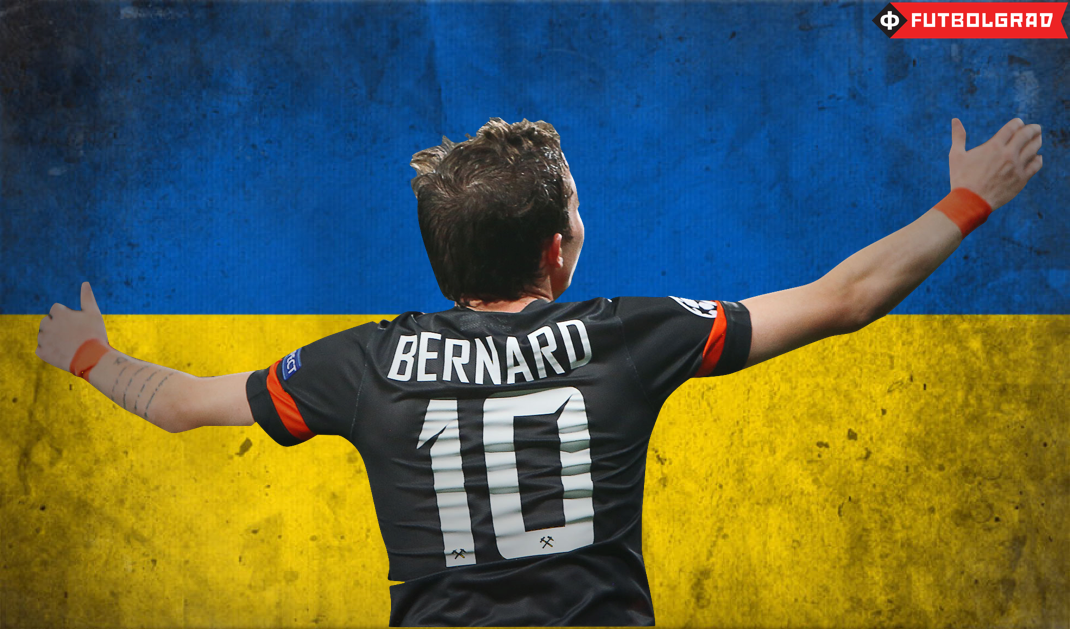 In late August, as the transfer window was about to close, Futbolgrad ran a story suggesting that Brazilian winger Bernard’s time at Shakhtar Donetsk was coming to an end.

At the time, a move away from Ukraine seemed inevitable. Bernard had been Shakhtar’s record transfer when they brought him from the Brazilian club Atlético Minheiro for €25 million in the summer of 2013, but for the first two seasons he failed to live up to expectations. In an interview with the program ProFutbol, he revealed that he had trouble adjusting to both the harsh Ukrainian climate and to the physicality of the Ukrainian Premier League.

Bernard also, was far from a model professional. By his own admission, he did not understand what manager Mircea Lucescu expected of him, did not want to practice, and sometimes even left training early. During Shakhtar’s winter training camp in Brazil, Bernard even asked the president of his former club to buy out his contract so that he could return to his homeland. This did not materialize, however, and he was forced to return to Ukraine. When he did return, he was several days late, which was not the first time that he failed to report back to Shakhtar’s training base on time.

It is no surprise that this behavior led to severe criticism from Lucescu, who once stated that in his forty years as a manger, he had never encountered a more unprofessional player. Back in January of this year Lucescu said: “For now Bernard only cries and shows up for his money. Is he suffering? I think we’d all agree to suffer like this for €300,000 a month.”

On the rare occasions that he did get playing time, his performances were mediocre at best, and it is no surprize that Shakhtar were expected to cut their losses and sell the winger.

But, Bernard remained with the club, and in an unforseen turn of events, in the last few months, he has blossomed into one of Shakhtar’s best players. He was a constant threat on the left flank and set up Marlos’ first half goal in an excellent display during his side’s emphatic 3-0 victory over rivals Dynamo Kyiv in October. After the match Lucescu called it Bernard’s best performance for Shakhtar so far in his career.

Bernard himself has said that his attitude and work rate has improved, and that any conflicts that he had with the manager in the past are long gone. “The longer I’ve been at Shakhtar, the more I’m convinced that Lucescu was right from the beginning,” he told ProFutbol. His teammates have also observed a change in his approach. Shakhtar midfielder Taras Stepanenko told the television channel 2+2: “He thought he’d be a star, but to be a star you need to work, and he has understood this, the guy is working, training harder, and you can tell this by how he is playing.”

This is not the first time that Shakhtar has been patient with a Brazilian player; many Brazilian imports have required several seasons to fully adjust to the demands of Lucescu and to the conditions of Ukrainian football. As captain Darijo Srna put it, “we waited two years for Teixeira, two years for Willian… as for Bernard, in the past four matches he has shown that he can be a future leader at Shakhtar.”

Given that Shakhtar’s current leader Alex Teixeira, who is on pace to shatter the single season scoring record of the Ukrainian Premier League, is strongly linked with a move to Chelsea, Bernard may need to step up into a leadership role sooner rather than later. He says that he is prepared: “If Teixeira leaves next year and the club needs a new leader, than I am ready to become one.”

Several months ago the idea that Bernard would become Shakhtar’s most important player seemed ridiculous. But now, it looks like the club’s patience is finally paying off.