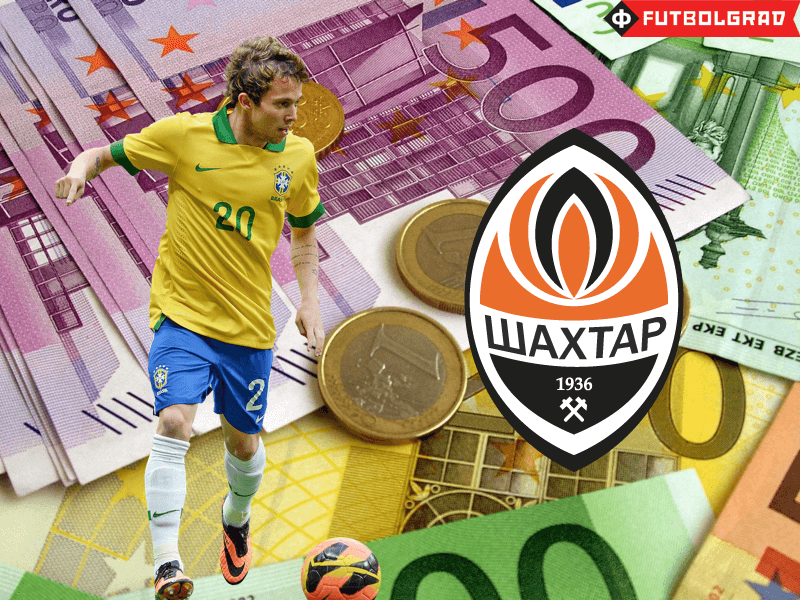 The day before Shakhtar Donetsk vs Anderlecht Football Leaks has published the contract details of Bernard’s August 2013 transfer from Atlético Mineiro to Shakhtar Donetsk.

While the leaked contract doesn’t include controversial details—like was the case with Axel Witsel’s 2012 transfer from Benfica Lisbon to Zenit Saint Petersburg—the contract nonetheless includes some interesting particulars.

For one it confirms that the Bernard transfer was indeed worth €25 million, as was indicated by transfermarkt.de before the document was leaked. Furthermore, the contract also confirms that Shakhtar purchased the full economic rights of the playmaker from Atlético dispersing any believes that Bernard is part of a third-party ownership agreement.

This clause may have been merely a protective measure by Shakhtar Donetsk against any claims by third parties, such as agents, as third-party ownership contracts are common phenomena in Brazilian football. Hence, Shakhtar wanted to ensure that additional fees from agents did not hit them after the transfer was fully negotiated with Atlético. But Shakhtar may have also tried to secure itself from any claims that the Brazilian tax authorities could have made against Shakhtar.

The Brazilian sports portal Super Esportes pointed out that Shakhtar Donetsk did not have to transfer the money to Atlético Mineiro until August 22 2013, despite the fact that—as indicated on the contract—the transfer negotiations were completed by August 8 2013.

In recent years Atlético Mineiro has had financial problems, and at the time of the Bernard transfer was under investigation for tax evasion by the Brazilian authorities. By delaying the payment Atlético hoped that the money would arrive after the investigation was finished. The National Treasury of Brazil, however, confiscated the money that Atlético received from Donetsk.

The investigation would also explain the clause that Shakhtar put into contract protecting them from claims from third parties, as they did not want to be drawn into the investigation conducted by the Brazilian authorities against Atlético. Atlético finally received the €25 million at the end of last year as part of Brazil’s ProFut modernization program that is supposed to help modernize the structures of Brazilian football clubs.

After struggling in his first two season at Shakhtar, Bernard has experienced a big revival this season. Bernard did, however, miss both matches against Schalke in the Europa League, but was brought on against Vorskla Poltava on the weekend, and should be available for Thursday’s match against Anderlecht.