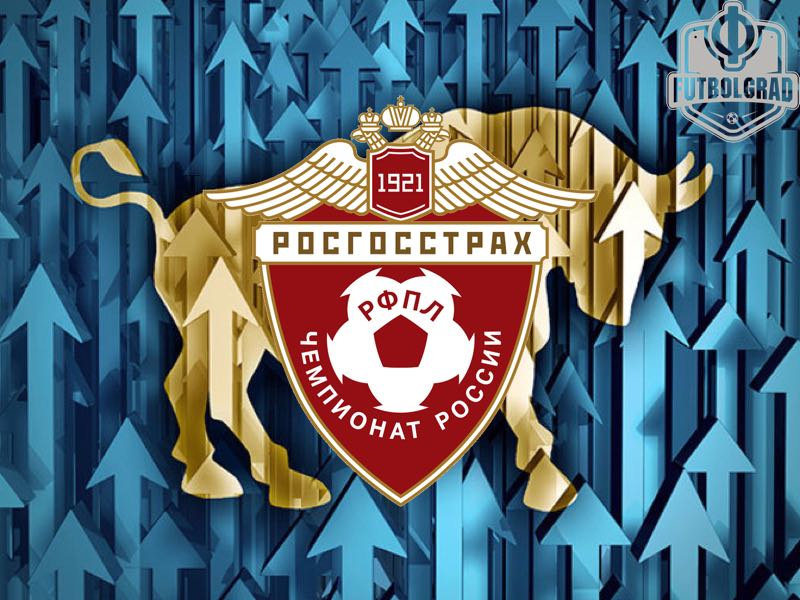 Described as a bull market by the Futbolgrad Network in October the overall value of players playing in the RFPL has increased from €690.98 million to €739.1 million. The big winners in the latest evaluation include the likes of Fedor Smolov, Alan Dzagoev, Aleksandr Kokorin and Lokomotiv Moscow super talent Aleksey Miranchuk.

All four have increased their value by several million. Aleksandr Kokorin continues his return to become one of the most highly rated Russian players. Valued €18 million in March 2014 Kokorin’s value dropped over the years to just €5 million in June 2017. A fantastic half season with Zenit has seen Kokorin’s value increase to €11 million since the summer.

Ten goals and two assists in 20 RFPL games have been a fantastic return from Kokorin. The forward is now on track to become a serious option for the Russian national team once again, which is good news for Sbornaya head coach Stanislav Cherchesov.

The good news, however, does not end there for Cherchesov. Kokorin’s national team teammates Fedor Smolov and Alan Dzagoev have seen their value increase from €12 million and €13 million respectively to €15 million each. Both players are now ranked just behind Mario Fernandes, who with €16 million is currently the highest valued Russian national team player.

The increase of the value of the likes of Kokorin, Smolov, Dzagoev and Fernandes is just the tip of the iceberg of Russian national team players that have seen their value increase. Since the miserable summer at the 2017 FIFA Confederations Cup where Russia was eliminated at the group stage, the Sbornaya have undergone a small renaissance. Positive results against Argentina and Spain in the fall have meant that there is now a more positive outlook towards the national team.

One reason for that is that Cherchesov now has more depth in his squad. That observation is also underlined in the recent transfermarkt.de re-evaluation. One of the prospects, who will make a significant impact for the Sbornaya will be Aleksey Miranchuk. The Lokomotiv Moscow star has had a fantastic season for his club this season.

Miranchuk guided his club to the Russian Cup in the spring and with 20 games played in the league this season Lokomotiv are now first with an eight-point gap to second-placed Zenit. With just ten games left in the league, there is a good chance Lokomotiv will be the next Russian champion.

Aleksey Miranchuk has scored seven goals and three assists in 20 league games. Capable of playing several positions the attacking player is now tracked by several top clubs in Western Europe, which is reflected in his value, which currently is listed at €10 million. But Aleksey is not the only Lokomotiv player that has seen his value increase. His twin brother Anton Miranchuk has also seen his value increase significantly. Previously evaluated at €500,000 Anton Miranchuk is now worth €2.5 million, which is an increase of 400%. With one goal and seven assists in 20 games, Anton Miranchuk has managed to step out of the shadow of his twin brother to a certain extent.

Given his chemistry, with his brother, it is somewhat difficult to see the €7.5 million gap between the two brothers in the evaluation. In fact, €2.5 million is a conservative evaluation for the midfielder, who plays in a more defensive position than his twin brother.

The likes of Smolov, Kokorin, Dzagoev, Fernandes and Aleksey Miranchuk will now represent the top of the hierarchy in the Sbornaya’s hierarchy come next summer. But while there were winners in the recent transfer evaluation transfermarkt.de’s evaluation also lists some of the most significant losers.

Akinfeev, Shatov and Dzyuba are the Big Losers

Goalkeeper Igor Akinfeev, whose plunder at the Confederations Cup was the latest of a series of mistakes at international tournaments, had seen his value drop from €11 million to €10 million. Valued €20 million in 2009 Akinfeev has seen a consistent drop in his transfer value over the last eight years.

Another player, who has seen his value drop this season is Oleg Shatov. The Zenit winger was once linked with top clubs in Western Europe. But under Zenit head coaches Mircea Lucescu and Carlo Ancelotti Shatov’s playing time decreased, and the club now told the winger that he could look for a new club. 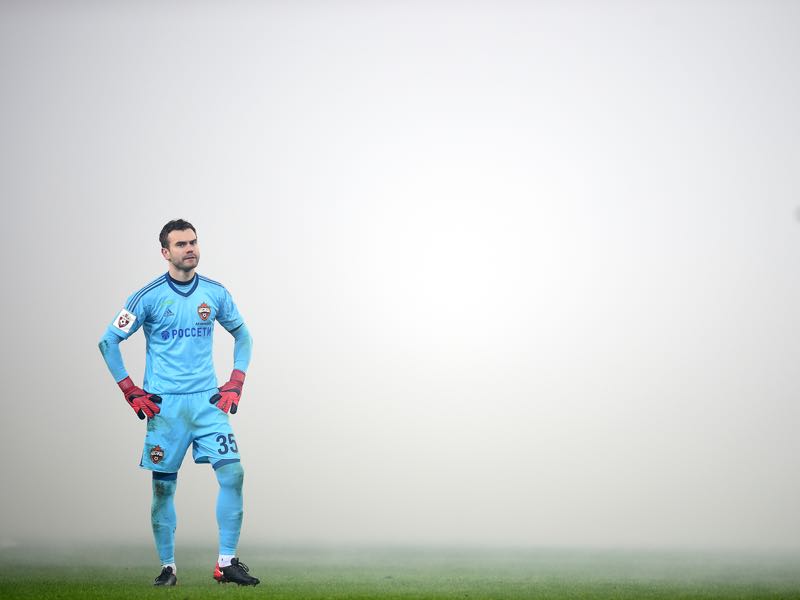 The 27-year-old winger is now at cross roads in his career, and with the World Cup, fast approaching will have to find a club that can give him playing time to nail down a position in the Sbornaya.

Shatov, however, is not alone. Artem Dzyuba has seen another drop in his transfer value as well. The Zenit striker has seen his value drop from €8 million to €6 million. Surplus material at Zenit, the striker, will likely leave Saint Petersburg this winter to secure a spot in Russia’s squad next summer.

With the likes of Smolov and Kokorin scoring almost at will, however, gaining a spot in the squad will be difficult for Dzyuba. Overall Cherchesov will not be too concerned about Dzyuba’s future, however, as the Russian Football Premier League continues to be a bull market with several Russian players starting to develop into players that could have an impact on the international level.