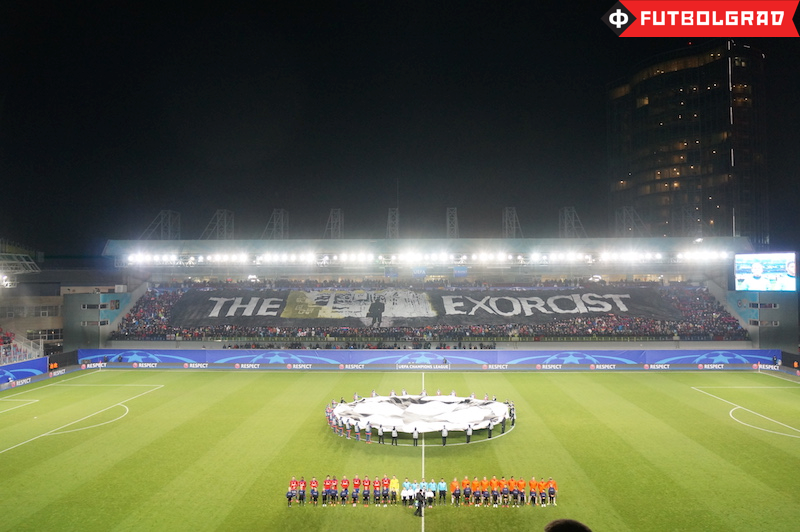 We’re at the halfway point in the Russian Premier League season, and according to the bookmakers CSKA Moscow are the overwhelming favourite for the title. However, their lead is only six points – surely someone can catch them?

The second placed side, FC Rostov, seems least likely of all the challengers to overhaul CSKA. Calling them the season’s surprise package would be patronising, though—they are there on merit, and in no small part thanks to manager Kurban Berdyev. Berdyev is, along with CSKA’s Leonid Slutsky, probably the best coach working in the Russian Premier League. Berdyev kept his side unified despite delays in wage payments and is getting the best out of his inexpensive squad. Christian Noboa—who made his name at Rubin Kazan under Berdyev—has proved an astute signing, and another of Berdyev’s former Rubin charges, Aleksandr Bukharov (who looked to be a spent force after years of indifferent performances) has been amongst both the goals and the assists. 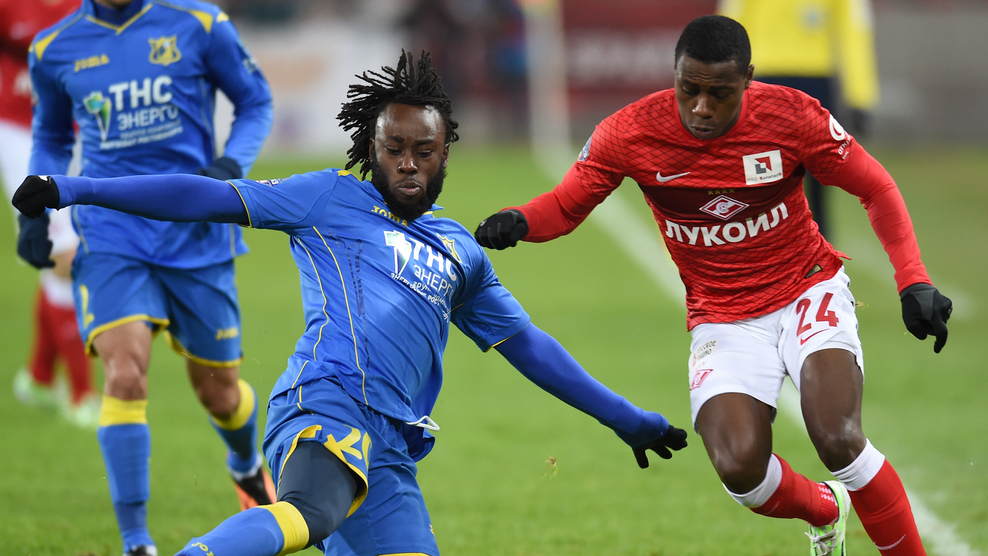 So what could stop them from finishing where they are? One factor will be either Spartak Moscow or Zenit Saint Petersburg—both underachieving this season—upping their game. The financial problems that have dogged Rostov in recent seasons also mean no money for permanent reinforcements—though they’ll most likely receive financial support from the regional government see the season out. There is also the question of whether their well-regarded manager will be with them for much longer. If rumours of Berdyev taking the helm at either Spartak Moscow or Zenit Saint Petersburg are nothing more than whisperings, the possibility of a winter return to struggling Rubin Kazan—where he is considered a legend—may have more substance.

Lokomotiv Moscow – The Other Surprise Package

The team immediately below Rostov, Lokomotiv Moscow, is also something of a surprise. Again, in part this is down to others underachieving, but they have lost just three times with an inexperienced manager. Igor Cherevchenko spent the bulk of his playing career at Lokomotiv and has risen through the club’s coaching ranks (in short, he’s exactly what Spartak wish they could find); he is putting his success in this first full season down to creating the right atmosphere at the club. This seems to be having a good impact on established Russian players like Aleksandr Samedov and Alan Kasaev, but Lokomotiv also have one of the stars of the Premier League season so far in Senegalese forward Baye Oumar Niasse. 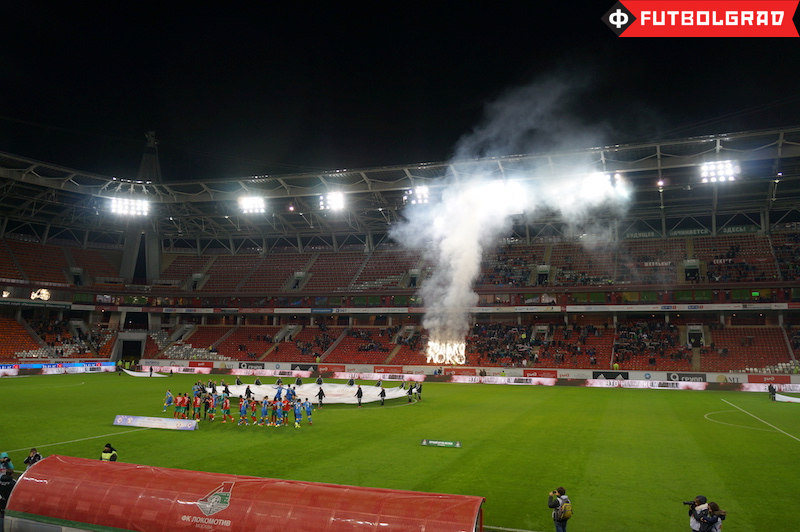 Lokomotiv has reasons to celebrate this season – Image via Manuel Veth

A big issue on the horizon for Lokomotiv, however, is the likely drop in levels of financial support from their owner Russian Railways. As Futbolgrad reported earlier, there is pressure both from UEFA and the state to reduce this connection for various reasons. This makes it likely that players will leave in the winter, Niasse for example has caught the eye of Beşiktaş Istanbul—and even if Lokomotiv sells players it will be unlikely that the money will be used for any big player additions. There is also the matter of Cherevchenko’s inexperience: he hasn’t had a sustained period of poor results to cope with yet; it will be interesting to see how quickly he was able to drag Lokomotiv from this.

The tale of the season for Zenit so far is that of a schism—superb Champions League performances and indifferent league form. They currently trail CSKA by ten points and have won just two of their last nine games. Some (myself included) think this stems from André Villas-Boas‘ announcement that he won’t be at the club next season, along with other leading players—for example Axel Witsel, who has been heavily linked with a move to various clubs—having itchy feet. There may therefore be a lack of motivation from some players to guard Zenit’s Champions League 2016-17 berth. It seems unlikely that Zenit will make any big foreign signings in the winter, given the knowledge that the manager will be gone after twelve more league games. 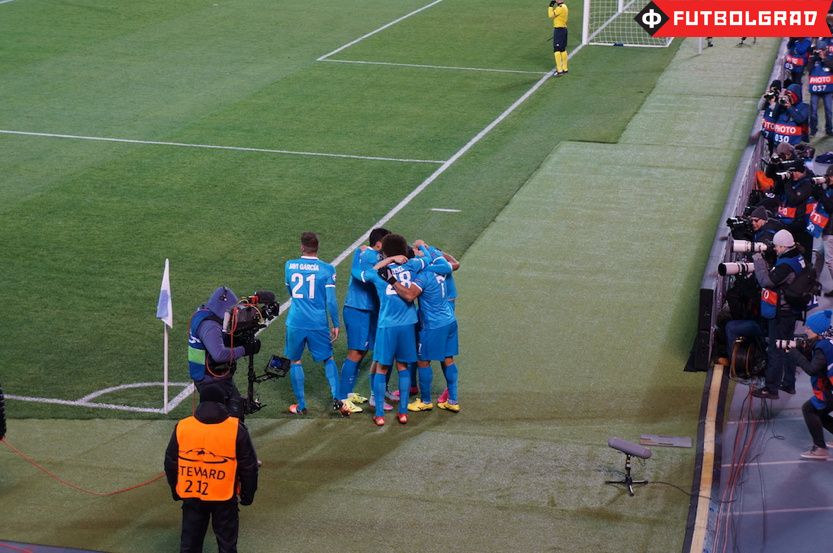 Of all the sides below CSKA, however, Zenit is the one most likely to challenge them for the title. As well as a good manager and huge financial resources, in Hulk they have probably the best individual player in the league. If they can reproduce their European form in the final stages of the season then they will push CSKA to the wire.

FC Krasnodar—whose form has picked up enough to lift them into fifth place at the halfway stage—are the dark horses. Last season saw them come close to second place and Champions League qualification, and after a dip in form things seem to be picking up—Brazilian (and possibly very soon Russian citizen) Ari has started performing well again, and fellow forward Feodor Smolov finally looks like the player he never quite became when at Dinamo Moscow. Smolov is yet another ‘broken toy’ who has arrived at Krasnodar in poor shape but has quickly improved.

There are certainly the resources for Krasnodar to sign players in the winter—though big names seem unlikely given the club’s focus on developing players from its state-of-the-art academy. They recently put their marker down with a superb, fluid first half performance against CSKA, which saw them eventually beat the leaders 2-1. There is an air of confidence about the club that isn’t present with any of the other challengers.

Spartak Moscow – Another Year Another Crisis

At Spartak it is another season with a potential crisis brewing—after a good start under new manager Dmitriy Alenichev they have begun to slip up against lesser sides and find themselves sixth. Rumours are already circling about Alenichev being replaced, but what seems more likely is a first-team squad cull. Spartak’s General Director Sergey Rodionov had blamed a group of players who lack motivation, and Alenichev himself has hinted that it may be time for some to move on. Chief among these would seem to be Russian internationals Denis Glushakov and Dmitriy Kombarov—Alenichev recently denied that they had been transfer listed. The foreign player limit in Russia adds an extra complexity if these two (along with Dmitriy’s twin brother Kirill) go—they would, in all likelihood, need to be replaced by Russian players. 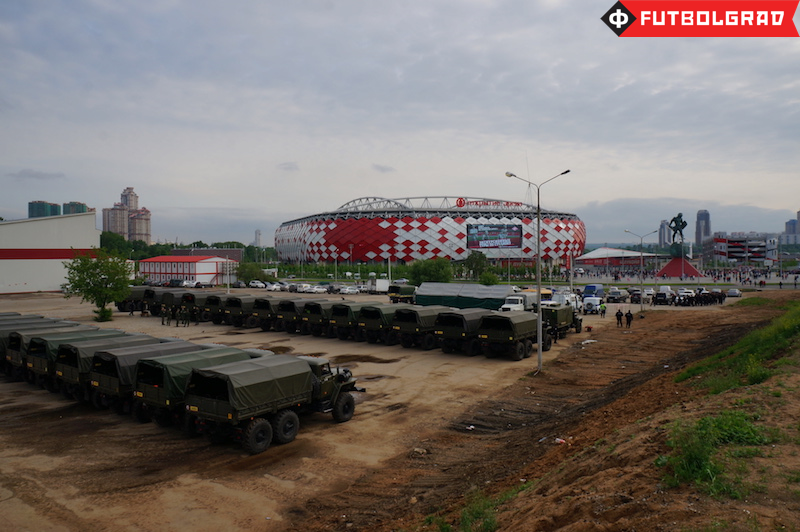 Another year, another crisis at Spartak Moscow? – Image via Manuel Veth

But there have been bright spots for Spartak. One is the emergence of Dutch winger Quincy Promes as a real force in Russian football: Spartak will hope that they can hang onto him over the winter. It has also been pleasing to see the further development of youngster Denis Davydov, and the steady performances of Artem Rebrov in goal. Alenichev has said there will be four or five new signings over the winter – assuming he’s given time (and he must be given time) to work these into the squad, it may be next season before Spartak becomes a title challenger.

And what of CSKA themselves? Two key factors might lead to a decline. One will be the loss of forward Seydou Doumbia, who is on loan from Roma. The latest rumour is interest from West Ham, who want him this winter—though losing him would not have such a great impact as, say, losing fellow forward Ahmed Musa. There is also the question mark hanging over manager Leonid Slutsky. Having steered Russia to Euro 2016 as their interim manager, it seems the direction of travel is that he will leave CSKA to work solely with the national side—it is only a matter of time. 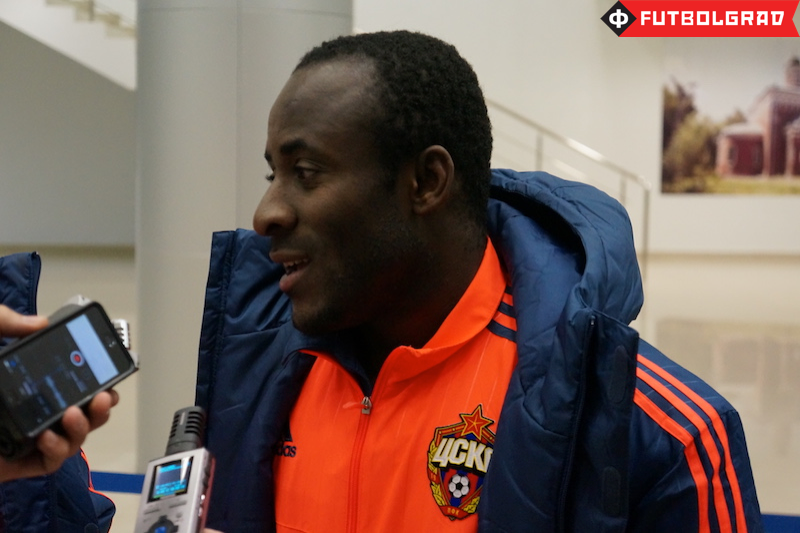 Is Doumbia on his way to England? – Image via Manuel Veth

So will anyone catch CSKA? This seems unlikely, unless Zenit find the motivation for a long winning streak. I predict the final top six will look like this: