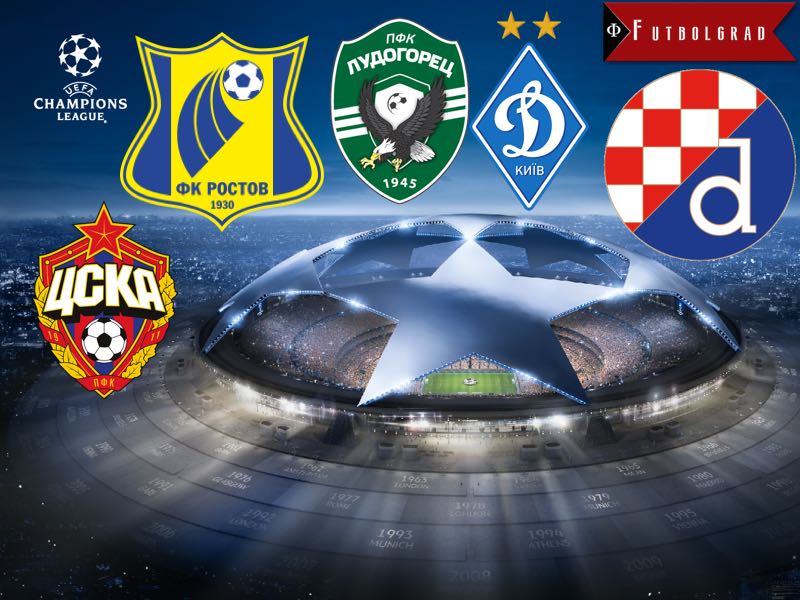 Champions League Roundup – Dynamo Kyiv disappoint on and off the pitch

Futbolgrad’s Champions League roundup from matchday 4 focuses on Dynamo Kyiv’s performance in Europe, and the club’s fans who now, off the pitch, have now added to the miserable showing. Also read CSKA Moscow continues to disappoint, and Sardar Azmoun is being scouted by Borussia Dortmund, and Liverpool FC.

Dynamo went into the match needing a victory in order to keep their Champions League hopes alive. Going into matchday 4, Dynamo had only managed one point out of the first three games and, after losing 2-0 against Benfica at home two weeks ago, Dynamo desperately needed three points if their ambition to reach the round of 16 of the Champions League was to survive.

Before the match kicked off, however, it was Dynamo fans who made headlines, sadly, for all the wrong reasons. Videos recorded, and later shown on the Ukrainian channel TSN show Dynamo fans clashing with Benfica supporters before the match.

The incident will add to the growing list of fan incidents that involve Dynamo fans in UEFA competitions. In the past, Dynamo were issued fines and partial stadium bans due to the presence of neo-Nazi symbols in the stands during their Europa League matches—against Bordeaux in 2013 and against Everton in the 2014-15 season.

Nor is this the first time that Dynamo fans have been in the spotlight in and around Champions League matches. Last season, Dynamo fans were caught on camera beating up several black spectators inside the Olimpiyskiy Stadium. Following the incident, Dynamo was issued a stadium ban by UEFA for the group stage match against Maccabi Tel Aviv, and the round of 16 match against Manchester City, but the ban was later shortened to just include the match against Maccabi.

The European Championships in France, where fans of Russia and England clashed outside the stadium, showcased in particular that UEFA tends to only punish fans if they misbehave inside the stadium. It is, therefore, unlikely that UEFA will further investigate Dynamo for the incidents that took place before the match on Tuesday.

In any case, Dynamo lost the match to Benfica 1-0, which means that no action by UEFA will be necessary, as Dynamo are likely to have just two matches in Europe left this season. After matchday 4, Dynamo are fourth in Group B with just one point, and five points behind Beşiktaş.

The match was actually a relatively even affair, but a penalty just before stoppage time put Benfica, ahead, and then in 69th minute, Benfica’s Ederson saved a penalty by Júnior Moraes. Moraes was later distraught about his missed opportunity: “I am very upset that I missed the penalty. I will work on further training to improve your game. However, sometimes we were able to show good football.”

But just good football won’t be enough for Dynamo in the last two group matches, as they now need to win against Napoli in Italy to set up a final against Beşiktaş at home at the Olimpiyskiy Stadium on matchday 6. Their recent form, both in the domestic Ukrainian Premier League and in the Champions League, make this unlikely, however.

With Dynamo effectively out of the Champions League, and eight points off Ukrainian Premier League leaders, further questions will be asked about head coach Serhiy Rebrov.