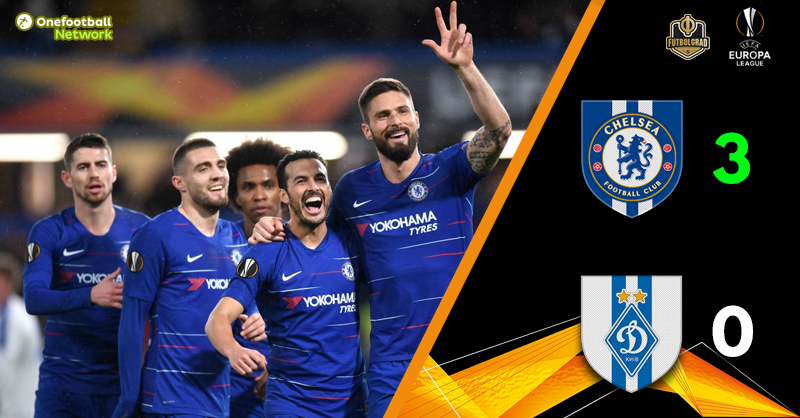 Chelsea v Dynamo Kyiv was dominated by the London based club. Chelsea scored three unanswered goals and can now plan for the next round of the competition.

It was all Chelsea, to begin with. The Blues pressured far up the pitch trying to force Dynamo into making a critical mistake. The first quarter of the hour saw Chelsea hold 76% possession. Chelsea highlighted why sites like https://www.betway.co.ke/sport/soccer made them the favourites for this game.

In the 18′ minute, Pedro broke the deadlock, as he won the ball on the right ran into the box where he played the ball to Olivier Giroud, who boxed in, managed to play the ball back to Pedro and the Spaniard beat Dynamo keeper Denis Boyko with a lovely finish from eight yards out. Pedro could have doubled the lead shortly after but this time found his master in Boyko after being wide open in the 21′ minute.

For a brief moment, that missed chance gave Dynamo some confidence as for a few minutes they were able to free themselves. But that moment was fleeting as Chelsea, or rather Pedro quickly took back control the Spaniard was unplayable at times and had chances to increase Chelsea’s lead. In the 30′ minute, he was brought down inside the box and in the 35′ when Boyko stopped a shot from just inside the box following a great ball by David Luiz and then in the 44′ minute saw a shot from the edge of the box stopped.

Hence, with Chelsea’s dominance in the first half, the best news for Dynamo were that the score was only 1-0 going into the halftime break. It was a dominance that lasted into the second half with Pedro continuing to run riot seeing another attempt stopped by Boyko in the 56′ minute — at this point, Pedro had five out of Chelsea’s eight shots on goal.

Ultimately, Chelsea would get a second, but it was not Pedro who would seal the deal. Instead, it was a player Dynamo Kyiv are all too familiar with, who scored Chelsea’s second. Willian, formerly of Dynamo’s rivals Shakhtar Donetsk, scored a wonderful freekick from the left-edge of the penalty box.

That goal brought some urgency to Dynamo’s game. The Ukrainians were down but not yet out an away goal would have done wonders for their prospects in the return leg. Pressing further up the pitch, however, also left Dynamo exposed at the back and Ruben Loftus-Cheek had a fantastic chance in the 83′ to completely put this tie to bed not that it mattered because in the 89′ minute Callum Hudson-Odoi capped off a wonderful Chelsea display with a close-range goal.

Pedro was the man of the match. The Spaniard scored the opener and throughout the 90 minutes caused numerous problems to Chelsea’s backline. Perhaps the only thing Pedro could be faulted for tonight was his wastefulness in front of the goal. 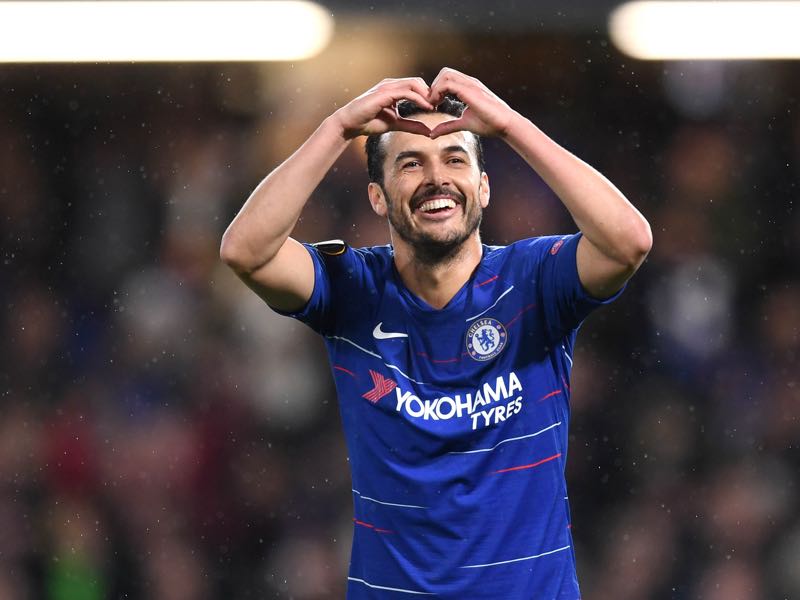 Chelsea v Dynamo Kyiv – Pedro of Chelsea celebrates after scoring his team’s first goal during the UEFA Europa League Round of 16 First Leg match between Chelsea and Dynamo Kyiv at Stamford Bridge on March 07, 2019 in London, England. (Photo by Michael Regan/Getty Images)

Down and out for Dynamo Kyiv. The Ukrainian side seemed overwhelmed by the occasion at Stamford Bridge. Chelsea were always in control of the match and were good for their three goals. In fact, it was almost a relaxed affair for the London based club as Chelsea could have easily won the game by a bigger margin.