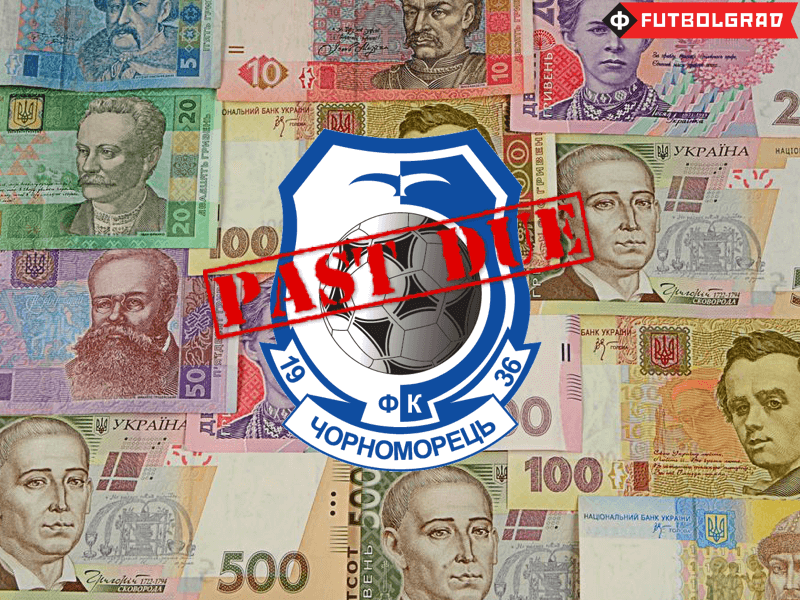 Another day, and another Ukrainian club finds itself in a state of crisis. Next up are Chornomorets Odessa, whose general director Serhiy Kernytskyi revealed to Segodnya on Monday that the club is beginning bankruptcy proceedings due to its debts.

Kernytskyi, however, later claimed that his earlier comments were misinterpreted. He told the website Footboom “I did not say that. I am saying that our way out from this situation is bankruptcy, but not right now.”

The situation, according to Kernystkyi, is as follows: To fund the construction of their new stadium Chornomorets took out a loan of $40 million in 2011 from the Russian bank Sberbank. Up until around March or April of 2014—depending on reports—the club was repaying its obligations on time, but due to the current financial crisis and the rapid devaluation of the hryvnia (the Ukrainian currency), they found it difficult to keep to the original repayment schedule.

Kernytskyi maintains that Chornomorets intends to honor its obligations, and that he sought an agreement to restructure the debts with Sberbank. The Russian bank refused and took the matter to court, and won the initial judgment. The club has since filed an appeal.

The general director of Chornomorets has been scathing in his criticism of Sberbank, calling their actions “a hidden form of raiding.” His later comments about the current situation explicitly made reference to the ongoing hostilities between Ukraine and Russian-backed separatists and Russian forces in the east of the country: “When we signed the loan agreement, which we carried fully through the middle of 2014, we in no way could anticipate the risks of the annexation of Crimea, aggression in the Donbass, the tense situation in the southern regions, the so-called Russian Spring, the events in our city. We could not predict this.”

He further added: “Now, when the bank wants to get the money all at once… we do not know where the money of the Russian bank will go. Whether they go toward shells, or other weaponry, that they will use against us.”

It is unclear why Kernytskyi made these comments just a day after he insisted in the aforementioned interview with Footboom that Chornomorets still intends to repay its debts. If he was really concerned about the money going towards weapons to be used against Ukraine, it wouldn’t matter whether Sberbank would get its payment in a lump sum or in instalments.

As for the footballing side, Kernytskyi is confident that Chornomorets are currently under no risk of withdrawing from the Premier League and that the club will receive a license to compete in the 2016-17 edition of the competition. He emphasized the fact that Chornomorets strengthened this transfer window and has actually sold its players, unlike, for example, Dnipro Dnipropetrovsk, which let their players leave on free transfers.

Whatever the outcome of this situation, the current crisis at Chornomorets is a stark reminder of the difficulties facing all Ukrainian teams, bar the big two of Dynamo Kyiv and Shakhtar Donetsk. Odessa has already faced an extended spell without football last season, and if such a historic club were to face liquidation in their eightieth year of existence, it would be a devastating blow for football, not only for the city but for the country as a whole.