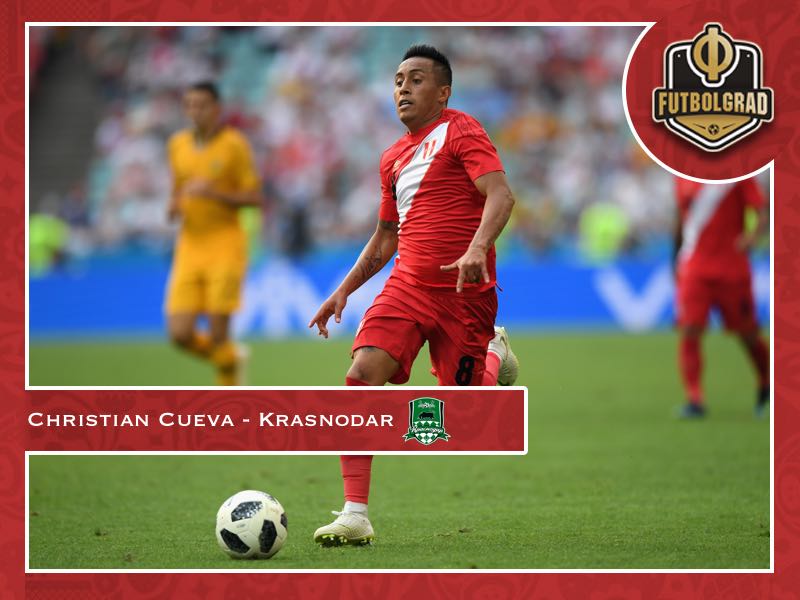 The Peruvian contingent was among the most colourful at the World Cup. One of the brightest memories was the thousand of Peru fans camping out in parks in Saransk or colouring up the streets of Yekaterinburg and Sochi. On the pitch, they also left their mark and with Christian Cueva Peru will leave a legacy behind after the tournament.

The Peruvian midfielder played all three games for La Blanquirroja at the 2018 FIFA World Cup. Peru lost 1-0 to Denmark, 1-0 to France and then won their final game against Australia 2-0.

Peru may have gone out in the group stage, but the final match against Australia was a celebration nonetheless. Fans were partying on the streets of Sochi ahead of the game and turned the city into a carnival after the match.

As a result, Peru fans were among the most popular among the native Russians throughout the World Cup. The players, however, also left an impression and ambitious club Krasnodar looking for midfield re-enforcement found the player they were looking for.

Christian Cueva is a creative midfielder

Christian Cueva is a creative midfielder not just for Peru but also his club side FC São Paulo. Cueva joined FC São Paulo in the summer of 2017 from Liga MX side Toluca.

This year his Serie A season was cut short by the World Cup. But last year Christian Cueva played 28 games for FC São Paulo scoring two goals and seven assists. The Tricolor, however, finished in the middle of the table far below expectations that come with playing for the 21-time Brazilian champions.

The 169cm tall playmaker, however, was one of the few bright spots in the squad. Parking himself at the centre of the park Cueva likes to control the game around him as any classical number 10 likes to do.

Cueva’s key strengths include passing, making key passes, dribbling, playing through balls and making runs along each flank to make a key cross. Those are strengths that were confirmed at the Wolrd Cup.

Playing in all three games for Peru Christian Cueva was utilised right being a natural striker in a 4-2-3-1 setup – as such the playmaker was often forced to play key passes trying to pick out the runs of Peru’s strikers up front. 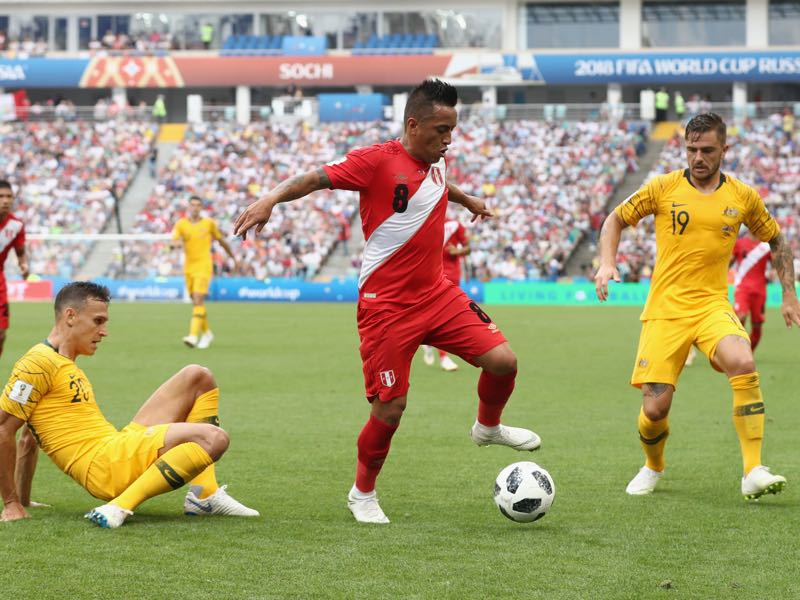 Christian Cueva of Peru gets away from Trent Sainsbury and Joshua Risdon of Australia during the 2018 FIFA World Cup Russia group C match between Australia and Peru at Fisht Stadium on June 26, 2018, in Sochi, Russia. (Photo by Robert Cianflone/Getty Images)

It is a job that is difficult to fulfil, but Cueva managed to complete 81.1% of his passes on average in all three World Cup games. The 26-year-old was also second among all Peru players when it came to playing key passes with 1.7 key passes played per game.

Those numbers impressed the scouting staff at Krasnodar. In the past Krasnodar had been under the tight control of UEFA and the Financial Fair Play watchdogs.

Krasnodar, however, had been in the black for some time now and owner Sergey Galitsky, slowly but surely, has opened the covers to allow for investments. Last summer the club spent €8 million for Brazilian Wanderson making him the most expensive signing in Krasnodar’s history.

Cueva’s transfer from São Paulo to Krasnodar now equals that record. Krasnodar have paid €8 million for the 26-year-old and will have to pay an additional €1 million should Krasnodar qualify for the Champions League at the end of the season. Furthermore, São Paulo will receive 10% from any future transfer.

For Krasnodar signing a World Cup star is a statement of intent. Galitsky, long keen to create a team that includes both international stars and youth players, has been investing in the club with long-term goals in mind.

With Krasnodar now playing in a brand new facility and having qualified for the group stage of the Europa League the time seems now to bring some World Cup flair to the city.