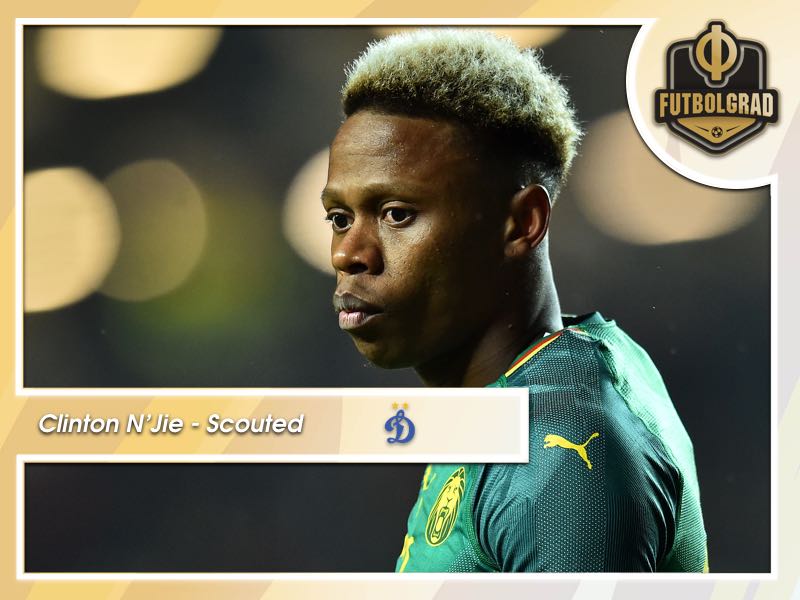 Something is happening at Dinamo Moscow. This week announced the signing of Cameroonian striker Clinton N’Jie for €5.5 million from Olympique Marseille.

It is not a major outlay in the context of other transfers in Europe. But it is a significant investment for a club that was on the verge of bankruptcy just three years ago while playing in the second division.

After finalising the deal for Clinton N’Jie Dinamo Moscow have spent €12.7 million for a player worth €24.65 million. Clinton N’Jie will join a squad that already includes 20-year-old Polish attacking talent, Sebastian Szymanski.

Ever since relegation in 2016, and subsequent promotion in 2017, the club has been a mid, to lower, half team in the Russian Premier Liga. This season Five Thirty Eight, for example, once again predicts the team to finish in the second half of the table.

The Moscuvites are ranked low because they are projected to collect 15 draws this season according to Five Thirty Eight. It is that category that makes them rank low in the overall projections and a bet in the category with football tips on some sites.

Of the teams not finishing in the bottom four last season, only Rubin Kazan had fewer goals than the 28 goals scored by Dinamo Moscow. The former police club, in fact, were the masters of low scoring games by conceding just 28 goals in 30 games as well.

In other words, head coach Dmitri Khokhlov had built a strong defensive foundation at the club. What was lacking was attacking creativity and someone that could have an impact upfront. 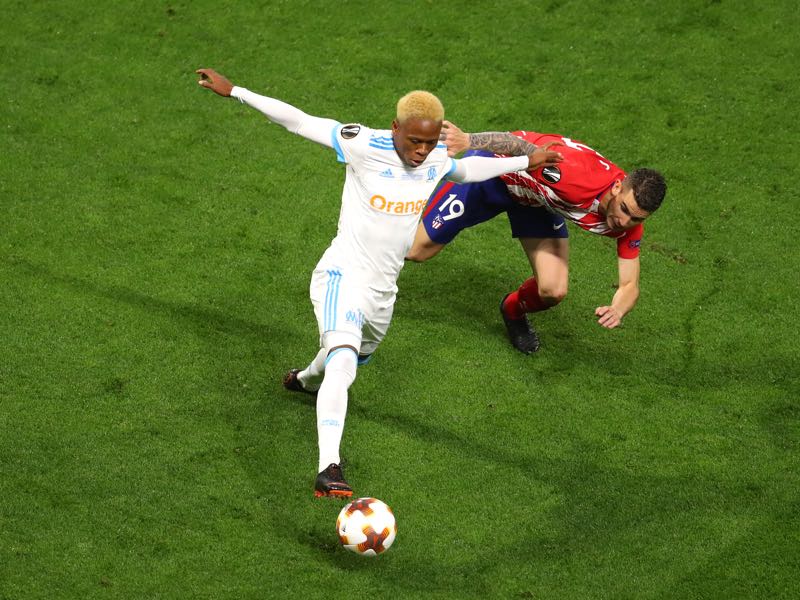 Clinton N’Jie of Marseille and Lucas Hernandez of Atletico Madrid compete for the ball during the UEFA Europa League Final between Olympique de Marseille and Club Atletico de Madrid at Stade de Lyon on May 16, 2018 in Lyon, France. (Photo by Catherine Ivill/Getty Images)

The question, however, is can Clinton N’Jie provide that sort of attacking prowess the club was lacking last season? On the surface, the answer would be no, the forward managed just three goals and two assists in 17 Ligue 1 games last season.

At a closer glance, however, it becomes quickly apparent that the 25-year-old did not get the sort of opportunities required to show his skill. Overall, the striker managed to play just 352 minutes, which means that he scored a goal every 117 minutes for OM last season.

Clinton N’Jie – By the numbers

That suggestst that the Cameroonian forward was simply not given enough playing time to show his skills. When it comes to goals he was the most prolific of all Dinamo Moscow players over the last calendar year with 0.51 goals scored per 90 minutes in all competitions.

The striker also has the highest goal conversion rate at 23.81%. Capable of playing various positions in a front three the Cameroonian is also an excellent dribbler and with 6.88 dribbles per 90 minutes is only second to Miguel Cardoso (7.27). Finally, no Dinamo Moscow player had more touches in the box than Clinton N’Jie.

It was his ability to play various positions. However, that attracted Dinamo to signing the player. “He can play as a striker, forward and supporting player from the flank,” sporting director Roman Oreschuk said earlier this week in an interview with the Russian portal Sports.ru.

“Clinton is a fast and creative player, who for his country [Cameroon] played all games at the Africa Cup this summer.”At that tournament, he scored one goal in three games as Cameroon were eliminated in the round of 16.

The question is whether he can translate his stats, that are, without a doubt good, to more playing time.