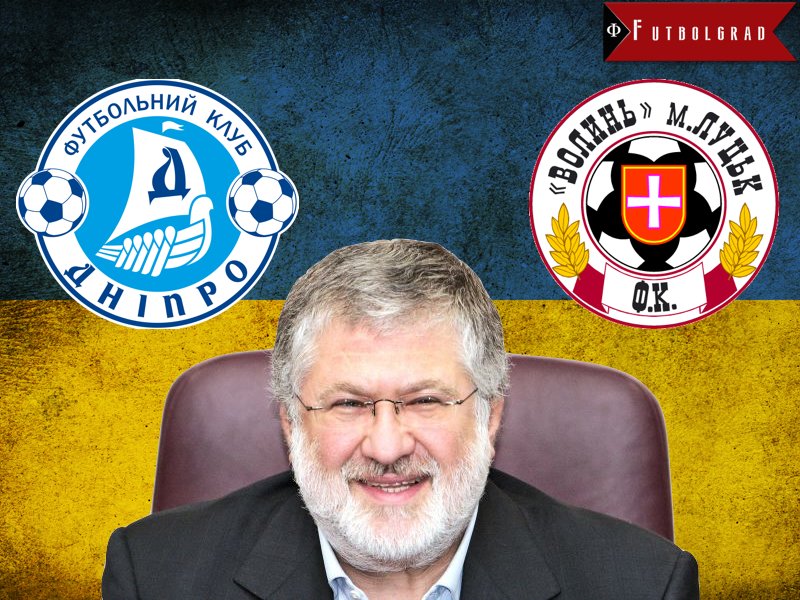 The Collapse of Kolomoyskyi’s Football Empire

Ihor Kolomoyskyi’s football empire remains under pressure. On July 1, FIFA announced that Volyn Lutsk, which is officially owned by Kolomoyskyi’s Privat Bank, has received a transfer ban from FIFA.

MatchDay had reported that the players received their salaries on June 30 and that, as a result, the club was able to travel to the training camp in Slovenia.

The transfer ban against Volyn was issued, however, because the club still has outstanding debts owed to the 26-year-old Brazilian defender Ramon Lopes, who played for the club from 2009 to 2014, and who now plays for Vegalta Sendai in the Japanese J.League.

Plus, as Futbolgrad had reported on June 3, right after the club received the licence to play in the Ukrainian Premier League, Volyn has outstanding debts to several other players as well.

The football agent Christoph Graf, who represents former Volyn Lutsk forward Danijel Subotić, has told the Ukrainian online magazine Terrikon that Subotić, and goalkeeper Issa Ndoye, who he had previously represented, still have not received their outstanding salaries from Volyn. Graf stated, “I spoke with Subotić a week ago, he plays for Sheriff [Tiraspol] now, and he receives a salary every month. As for Volyn I have my doubts that they have repaid their debts.”

The club now claims that they have paid off 90% of their debts, but it seems that FIFA are not convinced, for they have now forbidden Volyn to register new players for the coming season.

This is not the first time FIFA interfered directly in Ukrainian football, as, back in January, FIFA deducted 12 points from Volyn Lutsk over unpaid wages that the club owed Ndoye and the Montenegrin striker Dušan Savić.

Yet, despite the outstanding wages, the Football Federation of Ukraine certified Volyn to play in the 2016-17 Ukrainian Premier League.

Volyn is not the only club in Ihor Kolomoyskyi’s football empire that owes outstanding salaries, as Dnipro Dnipropetrovsk missed the July 1 deadline to pay wages to former coach Juande Ramos and his staff.

On June 29, rumours appeared that, as a result of Dnipro’s overdue wages, the club could be dissolved and re-launched in the Persha Liga (second division). Kolomoyskyi himself, quickly squashed these rumours by promising that the club would find a solution to the unpaid earnings and start paying off their debt on July 1.

On June 30, the club appointed Dmytro Mykhaylenko as the new headcoach, and some believed that the club would indeed move forward to pay off their financial obligations.

Yet, as Tribuna reported, this deadline has now passed without any efforts made by the club to reduce outstanding debts, and as a result the FFU has now issued a transfer ban against the club until debts are paid off.

Dnipro will, furthermore, receive a three point deduction to the upcoming 2016-17 UPL season. In addition, the FFU announced that further failure to pay off money owed will lead to an extra point deduction of nine points.

Still, the FFU has to ask themselves whether they have done enough to punish either club. Volyn’s licencing, especially, has come under scrutiny with several second division clubs demanding that they should be allowed to take Volyn’s place in the UPL.

In the case of Dnipro, the fact that Kolomoyskyi continues to refuse to pay off his financial obligations could lead to serious consequences, as club officials have already contemplated the possibility of restructuring the club as a new legal entity in the second division. Hence, the drama continues, as the final chapter in the story has not yet been written…