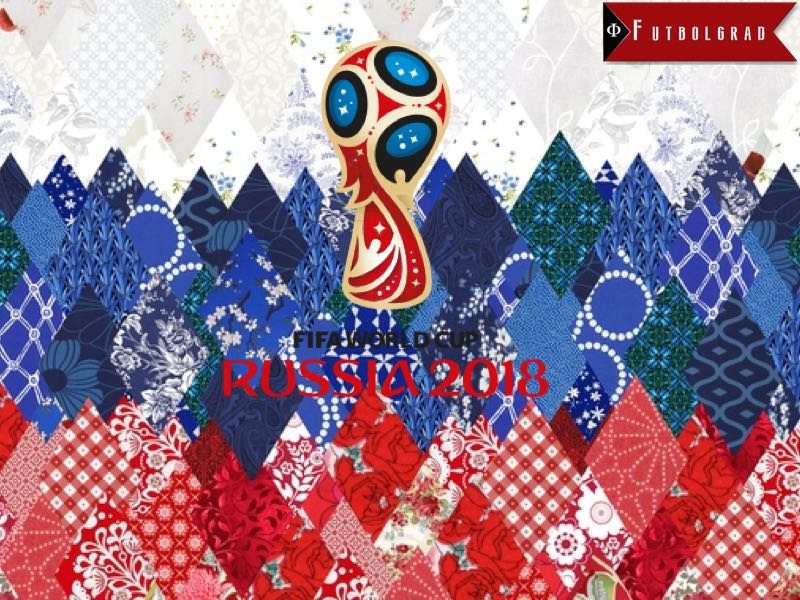 By CSKA Against Racism –

Disappointment. Helplessness. Anger. These were the feelings after watching BBC’s Russia’s Hooligan Army, as we perfectly understood that the story will be widely shared and watched among people who are considering coming to Russia for the World Cup in 2018.

As Russian football fans, we believe that the World Cup 2018 in our country is a unique chance for all of us to build bridges, not walls. That is why we want to focus on certain constructive measures to overcome the widening gap of misunderstanding between Russia and the West. We refuse to accept the “monopoly of hatred” that media on both sides are exploiting to make us enemies, as we believe the World Cup is our festival of joy and mutual respect.

After the BBC documentary developments, in both Russia and the West, have clearly shown that only a direct dialogue between fans can destroy stereotypes. But before getting to that, let’s try to understand what went wrong and who tries to benefit from the BBC Russia’s Hooligan Army documentary.

Making Russia’s Hooligan Army – What are the causes for the documentary?

For years the Russian Football Union (RFU), and Russian authorities did literally nothing to fight all forms of discrimination at the stadiums of our country. They preferred to play three monkeys and just ignore problems of racism and xenophobia in the stands. There was a strong belief that accepting the presence of racist chants, fascist banners or Nazi salutes among ultras would label the whole Russian nation as racist or fascist. So they simply preferred to turn a blind eye.

It was always easier to blame Russia’s enemies who always “wanted to degrade our dignity and greatness” by using these issues. There was never a systematic approach to tackle these problems, an attempt to fight them on a regular basis—just window-dressing and some “cosmetic” steps to show that “everything is under control”. The way the RFU dealt with racial abuse of the Ghanaian player Emmanuel Frimpong by Spartak fans deserves to be a case study of how not to deal with racism on an institutional level.

We hope that former Chelsea player Alexei Smertin, who was appointed as anti-racism inspector just less than a week before, will radically change this situation. Therefore we will prepare an open letter to Mr. Smertin where we share our thoughts on combating racism in Russian football.

So, a mixture of all these issues led to the informational vacuum which the BBC easily filled. That’s why they might have sold any story such as the BBC Russia’s Hooligan Army documentary to an audience. The reporters know that he just needs to use necessary words like “Russian hooligans”, “racism”, “Putin’s army”, “violence”.

Of course the BBC never lied. There are really hooligans who meet in forests and fight, that train in gyms, do not drink vodka and most of them are far-right. Just as Soviet propaganda was not lying to Soviet people showing poor people in the US. The BBC documentary Russia’s Hooligan Army is no different than what Soviet television did when it claimed that all people in the US were starving based on their videos about homeless people in places like Detroit.

Even BBC reporter accepts that “due to strict police control fights take place in forests”, but still insists on cruel fights that will take everywhere during the World Cup.

But if you think that only the Western audience is being brainwashed like that, you are mistaken. On our side of the Russian border all major television channels are convincing us that the West is making cowardly plans to strip Russia of the World Cup. So from both sides they do everything possible to incite hatred.

What is crucial in Russia’s phantom pains?

Phantom pain is a very rare illness when people with amputations experience aches and acute pains in an arm or leg that is not there. After the Cold War Russian society had a huge phantom pain about its greatness. There is a strong belief that the West humiliated and disrespected it. So major sports events such Olympics or the World Cup are perceived as a great chance to show to the West that “we deserve a better treatment”. It is all about Russia’s international image, which is one of the key issues for any Russian person.

The World Cup will be an unprecedented chance to show our famous Russian hospitality to the rest of the world. The Russian state and people here are ready to sacrifice a lot to see respect they feel is missing now. However, there is a strong belief that whatever great things they do, Westerners will still focus only on negative aspects. Just ask yourself a question: when was the last time you read something positive about Russia? A tough challenge, is it not?

Those of you who were at Winter Olympics in Sochi in 2014 are probably smiling now while reading these lines. Wasn’t that the Russia of your dreams with thousands of smiling volunteers, speaking all possible languages? Polite police and hospitable local people who were trying to make you as happy as possible? And just remember what you were told before going there? Possible terror attacks, stadiums falling apart, horrible hotels, environmental catastrophe? Anything else we’ve forgotten? 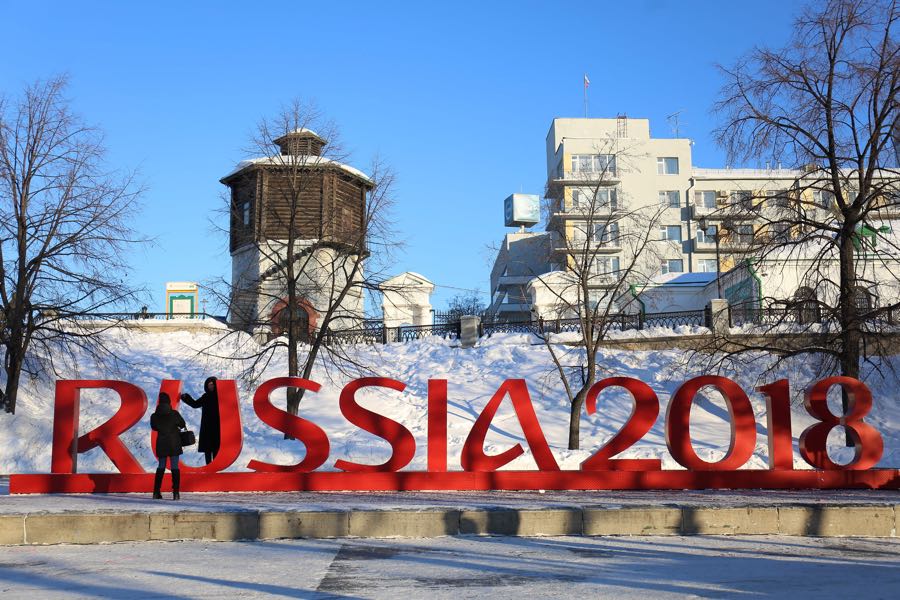 Fans need to ignore documentaries like the BBC’s Russia’s Hooligan Army and be open for dialogue. (VLADISLAV LONSHAKOV/AFP/Getty Images)

We have no doubt that the World Cup in Russia will be an exemplary one in terms of security and hospitality. Let us tell you what BBC reporter did not want to tell you. You may like it or not, but Russian police have very different way of working with fans. They know every single person who might cause problems and will just offer him/her two options before the World Cup: either to “disappear” from the host-city for the period of the tournament or just sit still at home, where he/she will be carefully watched.

Russian police will not just be just observing you if you throw a glass of beer into their face as French police did. You would hardly remember your name in a hospital the next day if you tried to do something like that here. You might disagree with these methods, you might call them antidemocratic, but we are just telling you the reality.

Why is the World Cup in Russia our last chance?

The World Cup will probably be the last chance for all of us the break down the wall that is created between us by the media, and documentaries like Russia’s Hooligan Army. This might sound incredible, but the level of prejudice is so deep that we need to meet with each other to understand that we are actually not that different. That the hatred has no basis. We have no doubt that direct interaction and communication will break many stereotypes on both sides. Almost 80% of Russians have never traveled abroad and not many of you have visited Russia—the World Cup is a unique chance for us to understand that this is all about mutual respect and our stunning love for the greatest game ever invented. The minute we share each other’s happiness of victory, hug each other after bitter defeat we will understand that the wall of hatred, which is being artificially constructed on both sides, will start to collapse.

Following the Russia’s Hooligan Army – What can we all do together to respond?

We believe there is a huge chance for our mutual effort to make the World Cup our carnival, but some solid steps need to be taken. Just criticizing something won’t change anything. For instance, we totally disagree with our state on the law prohibiting “propaganda of homosexuality and pedophilia among minors”. We can spend hours on continuous “condemnations” and “shaming” of Russian authorities, but how will it improve the situation? Believe us, they are really fed up with arrogant lecturing and labeling them as homophobes, racists, etc. Instead of this we are thinking about discussing possible collective actions with our friends from LGBTQ fan groups to make the World Cup in Russia welcoming to all fans. We have no doubts that we might do many great things together

We are actually thankful to the BBC, and the producers of the Russia’s Hooligan Army documentary, for forcing us to think about creating alternative dialogues between fans. The 2018 World Cup will be one of the greatest challenges to fans’ solidarity and mutual help. What is more important, we believe it might have some fascinating long-term consequences for both Russia and the West. Our cry from the depths is not about criticizing BBC but rather an invitation for mutual cooperation. This is our call to all media outlets, fans, international organisations that refuse to accept the growing wall of hatred, and believe in uniting power of football to come together and show that we all speak universal language of football. If you have any ideas on what can be done, please share them with us via our social media channels, which can be found at the bottom of the article. We sincerely believe that the World Cup in our country might be one of the last chances for a dialogue.

Loading...
Newer Post
Chicharito to Major League Soccer is Far from being a Done Deal
Older Post
What the Rest of the World can Learn from Liga MX