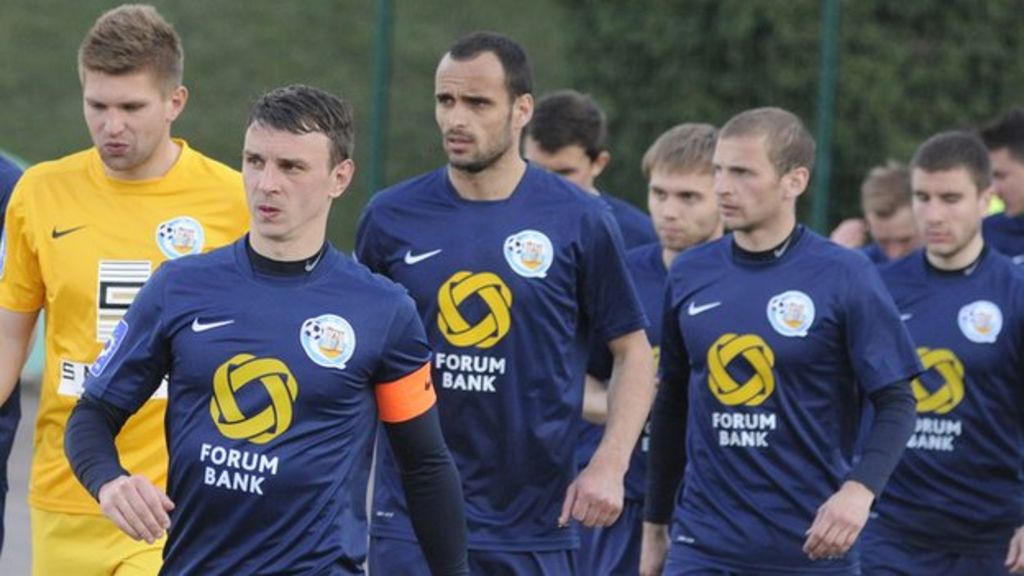 After a six-month absence, professional football is on the verge of returning to Crimea. Following the conclusion of the 2013-14 Ukrainian Premier League campaign the two Crimean clubs taking part in the competition – Tavriya Simferopol and FC Seveastopol – officially disbanded and were reformed as new entities under Russian law in order to gain entry into the Russian league system.

These two clubs, along with Zhemchuzhyna Yalta, another Crimean club, competed in both the early stages of the Russian Cup and in the first half of the Russian Professional Football League (the third tier on the pyramid) in late summer and fall of last year.

UEFA, however, did not recognize the results, and in December, following a protest launched by the Football Federation of Ukraine, UEFA officially banned Crimean clubs from taking part in Russian competitions, effectively ending all professional football on the peninsula.

Then early in 2015 UEFA offered a solution. In January Vitaliy Mutko, the minister of sport of the Russian Federation, told the news agency TASS that “UEFA has proposed the establishment of an independent footballing structure which will unite the existing football federations of Crimea and Sevastopol.”

Then on May 21 Georgiy Ilyakov, an official of the Crimean Football Federation, announced that talks with UEFA were successful and that they had received approval to form a Crimean league.

On Monday his words were confirmed by UEFA Executive Committee member Frantiŝek Laurinec, who told the website R-Sport that “there is an agreement in place that would see the Crimean Championship begin in August. Work remains to be done, but the Crimean side has already accomplished much.”

A UEFA Commission will visit Crimea in early July to inspect the footballing infrastructure, including the readiness of the stadiums. According to Ilyakov, eight teams will take part in the inaugural competition and though he brought up the idea of the Crimean league eventually gaining a Europa League spot, he admitted, “the possibility of Crimean clubs participating in European competitions in the immediate future is very small.”

The Crimean Football Federation has revealed that Tavriya and Sevastopol will automatically gain entry into the league, but did not confirm any of the other six clubs. As for the Ukrainian side, former President of the FFU and current member of the UEFA Executive Committee Hryhoriy Surkis did not raise any objections to the proposed league.

In an interview with the Ukrainian football website matchday.ua Surkis said “UEFA and FIFA aim to develop football in territories which are in a state of conflict and not recognized by the United Nations, so that people can use the most peaceful weapon on the planet – football. I don’t see anything bad in this.”

Surkis did emphasize that Crimean football remains under the jurisdiction of Ukraine even though the territory is “temporarily annexed” and that Crimean clubs “have no right to take part in Russian competitions.”

The league is a compromise that allows Crimean clubs to continue playing professionally without legitimizing the annexation of Crimea and violating the sanctions imposed by UEFA. Its long-term prospects are very much dependent on Crimea’s status; if the international community continues to condemn the annexation as illegal, the league will be the only opportunity for professional football to exist on the peninsula.