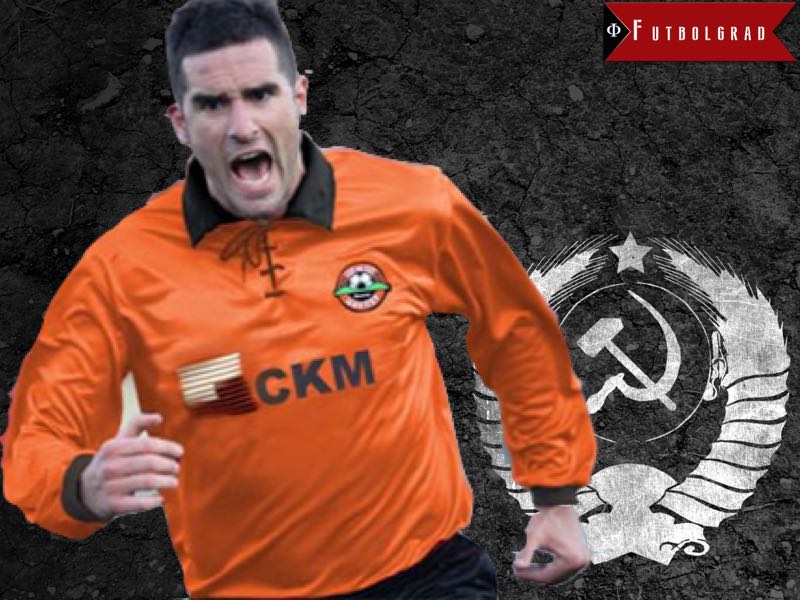 Cristiano Lucarelli and the sad ending of a Bolshevik fairy tale

Cristiano Lucarelli was born in Livorno in 1975. Livorno is a city deeply rooted in Italy’s working class, and in the 2000s the city’s major team AS Livorno Calcio became a symbol of left-wing politics and opposition to Italy’s populist politics that were dominated by Silvio Berlusconi.

Between 2001 and 2006 Berlusconi was in his second term as the Prime Minister of Italy (he also held the office from 1994 to 1995). The media mogul, and then owner of AC Milan, was a symbol of popular right wing politics that have dominated politics in Italy.

This was a time in which Lazio forward Paolo di Canio was punished with a €10,000 fine after he was seen celebrating a goal with the fascist greeting. The di Canio case caused a global uproar, especially after Lucarelli, who openly supported communism, received a €30,000 fine for celebrating a goal with the left fist raised—the communist greeting.

Lucarelli became the symbol of left leaning football fans in Italy in 2003 after he took a 50% pay cut to join his hometown club Livorno from Torino. Prior to joining Livorno, Lucarelli had played for eight different clubs from 1992 to 2003. 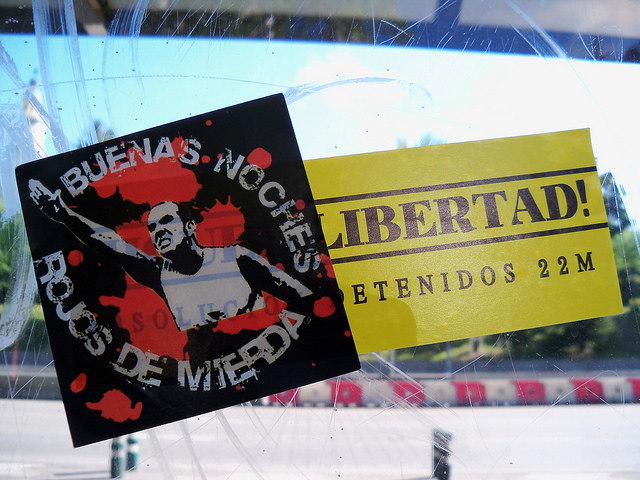 According to the Italian football historian, and author of Calcio a history of Italian football, Lucarelli had always been an ultrà of his hometown club, and even supported the team whilst playing professionally for other teams. When he finally signed for Livorno in 2003 he took the number 99, as homage to the ultrà group Brigate Autonome Livornesi (BAL), which had been formed in 1999.

BAL was formed out of the banned left-wing ultrà group Armata Stalinista, and several other left leaning fan groups. Livorno, a harbour town on the Mediterranean Sea, in general had always been a hotbed for communism in Italy, and in 1921 the Communist Party of Italy was founded there.

Livorno fans were fined several times between 2002 and 2003 for singing songs and displaying slogans that insulted Prime Minister Silvio Berlusconi. Hence, when Lucarelli agreed to sign for the club, and even took a pay-cut, he immediately became the symbol of the anti-Berlusconi movement in the city.

Lucarelli was, in many ways, the perfect symbol for the club’s ultràs. Raised in the notorious housing projects of the city, which was locally known as Shanghai, Lucarelli was not only an ultrà of the club, but also a member of the city’s working class, who grew up in the most difficult part of town.

Shanghai was constructed in the 1930s under fascism and, according to Lucarelli, was poorly built. “When you went to the toilet the whole building knew about it.” But at the same time Shanghai was also known as a strong community, and a hotbed of AS Livorno supporters.

His time at Livorno was indeed a bit of a fairy tale, as he scored 92 goals in 146 matches for the club. The story also became a rallying cry across Europe for left-wing opposition to right-wing tendencies in Italian football, and elsewhere.

The Frankfurter Allgemeine Zeitung in Germany drew comparisons between Livorno, and the popular European comic series Asterix. Livorno was described, as a small town that singlehandedly opposed right wing politics, and Lucarelli was called “a Bolshevik who is gearing up for the class struggle.”

In 2005-06 Livorno finished ninth, but the match-fixing incident known as the Calciopoli Scandal meant that Livorno was moved to sixth place, and therefore qualified for the UEFA Cup. But in the 2006-07 season, storm clouds gathered over the communist dream that was taking place in Livorno. Lucarelli had another astonishing season in which he scored 20 goals, but the club struggled and finished 11th, and security problems at the Stadio Armando Picchi meant that Livorno had to play without their fans in the UEFA Cup.

In April 2007 Lucarelli was criticized by fans, who accused him of match-fixing after a dull draw against Reggina. This was a serious charge after the turmoil of the Calciopoli Scandal in Italy. What followed next was everything but a fairy-tale ending for Lucarelli and Livorno.

In Ukraine, Shakhtar Donetsk emerged as a major football power. The club funded by the oligarch, Rinat Akhmetov, had a vision to build a squad that could become the first post-Soviet football club to win the UEFA Champions League.

In 2002 Shakhtar had won their first Ukrainian title under the Italian coach Nevio Scala and, according to Andriy Vorobey, who played with the club at the time, Scala ended communism at the club. Scala truly separated private life, and training, and allowed players the freedom to develop, which was unheard of in the post-Soviet society that was still very much stuck in the Soviet reality.

Scala was fired after losing 5-1 to Austria Wien in the UEFA Cup in the following season. In the next two years, Shakhtar employed three different coaches, before settling for Mircea Lucescu in 2004. By relying heavily on Brazilian players Lucescu later built the strongest squad in the post-Soviet space on the foundation that Scala had left behind.

Cristiano Lucarelli was supposed to help lead a young Shakhtar side

But, in 2007, Lucescu was still in the early stages of developing a long-term vision for Shakhtar Donetsk. Shakhtar had finished the Ukrainian Vyshcha Liha in second place eleven points behind rivals Dynamo Kyiv.

Owner Rinat Akhmetov was adamant that he would be able to end Dynamo’s dominance over the league, and provided Mircea Lucescu with the funds needed to improve the squad. Lucescu went out and invested €58.1 million. Shakhtar signed Nery Castillo for €15 million from Olympiacos, Willian for €14.5 million from Corinthians, Ilsinho from FC São Paulo for €10 million, and finally Cristiano Lucarelli for €7.81 million from AS Livorno.

Lucarelli’s move to Shakhtar Donetsk put an end to the fairy tale at Livorno. Livorno fans reacted in protest to his move. How could Lucarelli leave Livorno for a club in the Donbass, a region that was still deeply rooted in its communist past, and that, although it once represented the working class Stakhanovites of the Soviet Union, was now owned by a turbo capitalist oligarch? 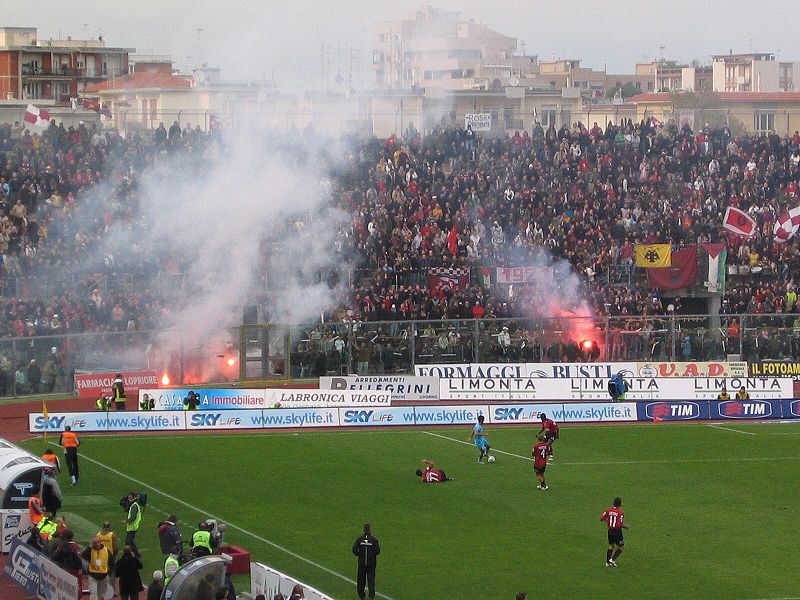 Livorno fans at the Stadio Armando Picchi took poorly to Lucarelli’s decision to leave the club – Image by Lucarelli CC-BY-SA-3.0-migrated

The news was even worse when it emerged that Lucarelli would earn €3.5 million a season at Shakhtar. Lucarelli, however, was adamant that he had not left Livorno for the money, but rather wanted to be a normal player again.

The 2004-05 Italian Serie A top scorer, and a popular communist on top of this, joining, at this point, a relatively unknown Ukrainian club with bottomless pockets, emerged as one of the major storylines of that summer. This was a time when the emergence of the oligarchs in Eastern Europe was a major new story—in many ways akin to the current emergence of China as a football super power.

Lucarelli, who was brought in to lead a squad of young Brazilians, struggled in Ukraine, however. In 12 games, Lucarelli scored four goals, not a bad rate, but Lucescu soon preferred playing the young Brazilians he had brought in for his squad.

Hence, Lucarelli quickly fled Ukraine, and he joined Parma in January 2008 for €4.5 million. Lucescu’s strategy payed off, and his young squad won the Ukrainian Vyshcha Liha.

His younger brother Alessandro joined Lucarelli at Parma, but he never became the same player he had been for Livorno—he scored only four goals in 16 matches in the remaining 2007-08 season, and things were made even worse when Parma was relegated to the Serie B.

Lucarelli remained with the club, but failed to feature in the first team on a regular basis, and in July 2009 he was loaned to Livorno. Perhaps this would have been the time to turn the sad ending of the fairy tale between Lucarelli and his hometown in to a happily-ever-after story.

Despite the fact that Lucarelli played regularly and scored 10 goals in 28 matches, the happy ending was not meant to be, as Livorno was relegated at the end of the 2009-10 season. Lucarelli played two more seasons with Napoli before hanging up his boots.

Lucarelli’s short-lived episode at Shakhtar Donetsk, therefore, has become a symbol for the end of the happy marriage between a communist football-playing idol, and his favourite club, which was a bastion for left-leaning political supporters in Italy.