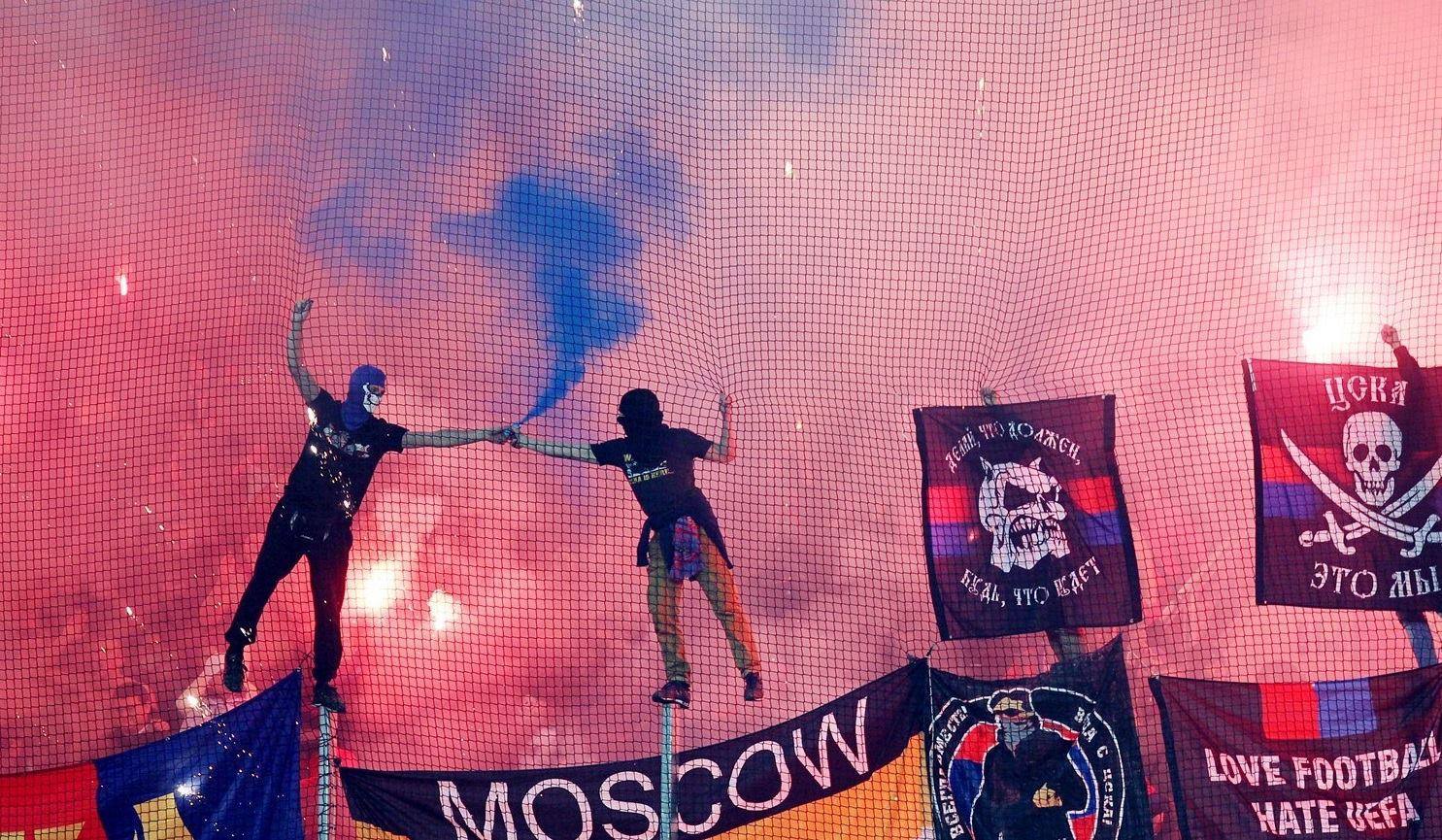 The Russian Premier League is coming to a close and last year’s league champion CSKA Moscow, also known as the Red Army club, is in a tight competition for a Champions League qualification spot. It has been a tough season for CSKA in the league but also internationally both on and off the pitch as the club has increasingly been in the news for fan violence, racism and xenophobia.

Russian football in general has been plagued with fan violence this year as a recent report by the FARE Network highlights. CSKA’s city rival Torpedo for example has had several instances of racism this year, and is penalized to play the reminder of the season without their fans.

CSKA has also been punished for incidents involving racist chants and fights involving their fans, but CSKA in particular has been high profile because the club was punished by UEFA during the Champions League group stage. The club received a 2-match stadium ban by UEFA and fans also weren’t allowed to travel to away games for the rest of the Champions League group stage.

This wasn’t the first time CSKA had been punished by UEFA as they had already received a stadium ban during the 2013-14 season. This meant that the club had to play all of its home games in an empty stadium, an enormous lose of revenue.

On top of the match ban the Red Army club received a tough Champions League group with the English champion Manchester City, the German champion Bayern Munich, as well as the Italian club AS Roma. The punishment by UEFA meant that CSKA was forced to play all of its group matches without its most faithful supporters, and in the end the group turned out to be too strong for the Muscovites and they failed to qualify for the next round.

Then in the January transfer window the club’s leading scorer Seydou Doumbia was sold to AS Roma. This was a huge disappointed for CSKA fans who were hoping that Doumbia would stay till the end of the season, but this would not be the case as the club was dependent on the financial income from the sale of Doumbia due to the Russian rouble crisis, and also because the club took a massive financial hit due to UEFA’s punishment.

Amidst this difficult season some CSKA fans have formed anti-violent and anti-racist organizations and became active on Twitter. Such a group was the @WeAreCSKA11 which created a hashtag called #CSKAFansAgainstRacism to try to fight racism.

The people behind @WeAreCSKA11 gave us more information on their cause and what the aims of their organization are. They hope that the club manages to qualify for next years Champions League, “as this would give the organizers behind the initiative a chance to take an internationally recognized stance against racism and xenophobia.”

As the organizers point out: “This would take a lot of planning and support from other CSKA fans as well as the club’s management but hopefully we will be able to achieve this. Some of our ideas involve wearing tops that say “CSKA Fans Against Racism” on them or to hold up banners with the same phrase on them.”

The next few weeks will show whether or not CSKA can once again qualify for the Champions League, but CSKA fan initiatives against racism such as @WeAreCSKA11, @AndrewRCFC97, and @RPL_News will remain determined in their fight against racism and xenophobia no matter the end result of this years season.