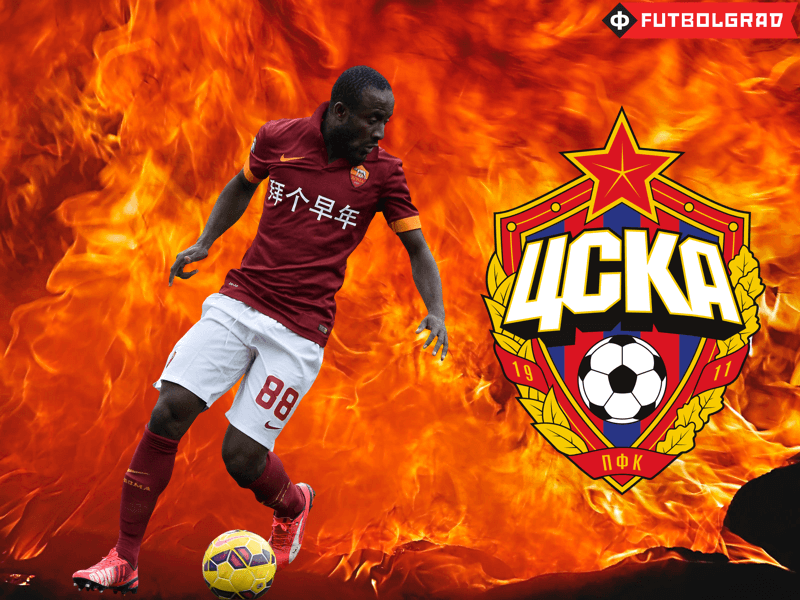 CSKA Moscow appear to have lost the battle to retain their star striker Seydou Doumbia. The Ivorian striker, who was on loan from AS Roma until December 31, 2015, has been reported to to be headed to the Turkish club Fenerbahçe Istanbul.

Doumbia was with CSKA Moscow until December 31 2015 on a loan deal. The Red Army team sold Doumbia a year ago to AS Roma, Doumbia, however, failed to gain a starting position in Italy, and was loaned back to Russia last summer. In the past, CSKA Moscow had hoped that they could extend the loan of the Ivorian striker. AS Roma, however, were set to sell Doumbia, as they were seeking to salvage the €15 million they had spent on him last winter.

Hence, AS Roma were looking to sell Doumbia for close to the amount spent a year ago, and with CSKA Moscow having failed to survive in Europe past the winter break—the club finished last in Group B of the Champions League—the Red Army team was going to face an uphill battle in their hope to retain Doumbia.

The Turkish journalist Mehmet Demirkol told SporTV today, “Doumbia to Fenerbahçe is 95% done. To my knowledge, there are only small details to resolve. It’s a good deal. Doumbia is a strong forward, and fully prepared to move to Istanbul.”

As we have seen in the past, reports from Turkey can be unreliable, and as it turns out, 95% in the Turkish media means nothing at all—Championat.com later reported that Fenerbahçe had failed to meet Seydou Doumbia’s personal demands. Doumbia is, in fact, also weighing up options in the English Premier League and, if that falls through, will try to fight for a spot at AS Roma.

No matter where Doumbia will end up, one thing is certain, CSKA Moscow have lost the battle for Doumbia, which could have far reaching consequences. Yesterday Futbolgrad reported that Leicester City have made a substantial offer for CSKA Moscow’s Ahmed Musa, who can play as a striker and winger and, while an initial bid was rejected, it is expected that Leicester will come back with a bid that could very well meet CSKA Moscow’s demands.

The Russian Football Premier League returns from its winter break on February 29, when CSKA Moscow will be facing its fierce rival Spartak Moscow. Currently, CSKA are first in the RFPL three points ahead of FC Rostov, and seven points ahead of the most likely title challenger Zenit Saint Petersburg, who are currently sixth. It now appears that CSKA Moscow will have to defend their lead at the top without their two best offensive players.

The departure of both Musa and Doumbia could also explain why CSKA Moscow were reluctant to extend Carlos Strandberg’s loan deal with Ural Yekaterinburg. The young Swedish striker was bought last winter from BK Häcken after Doumbia initially left CSKA Moscow last winter, but he has so far failed to leave a lasting impression in the RFPL.

Hence, CSKA Moscow could make another attempt at bringing in former Shakhtar striker Luiz Adriano. AC Milan are very interested in selling Luiz Adriano after the Brazilian failed to agree to personal terms with the Chinese Super League club Jiangsu Suning. Another option would be to bring in Aleksandr Kokorin from league rivals Dinamo Moscow. Kokorin’s contract is going to expire at the end of the season, and he was heavily linked to both Zenit Saint Petersburg and the London based club Arsenal. CSKA Moscow coach Leonid Slutsky is also in charge of the national team, and Kokorin could therefore be convinced that a crosstown move from Dinamo to CSKA could be best for his national team development.

The deal would also be beneficial for CSKA Moscow, as it is currently difficult to predict whether the foreign limitation rules in the RFPL will be tightened next season—currently clubs are allowed six foreigners on the field at any one time. Hence, Kokorin could be the right solution for CSKA Moscow’s striking shortcomings.