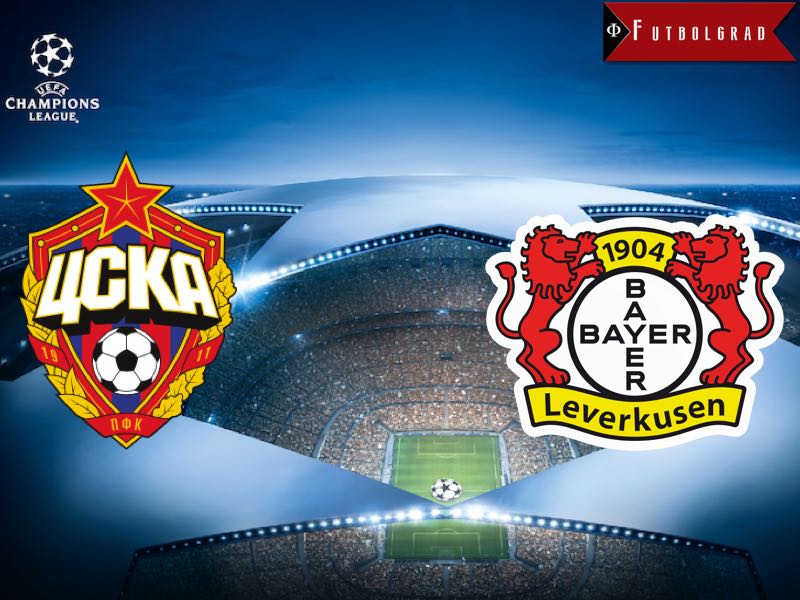 Bayer Leverkusen got an early lead by Kevin Volland, but had to work hard in the second half, after Bibras Natcho equalized, to secure an important point in the Russian capital.

Bayer Leverkusen dominated early proceedings, but it was CSKA Moscow with the biggest chances of the game early on, as Fedor Chalov and Aleksandr Golovin combined early Golovin, however, could not control the ball, and then shortly after Golovin once again broke away from Bayer’s defence, and Bernd Leno had to do well to stop the shot. It was the Germans, however, who would open the scoring, as Kevin Volland beat Igor Akinfeev after a clever freekick trick. Alan Dzagoev almost equalized with a wonderful volley that just about went over Leno’s goal.

It was a spirited start to the second half with both sides jousting for the upper hand in the first 15 minutes of the second interval. Çalhanoğlu could have put the match to bed his freekick from 18 yards, however, narrowly missed the far post of the goal. CSKA was determined to get back into the match, Chalov curled the ball passed Leno’s goal, and Golovin had a close ranged shot scraped off the line. CSKA were then awarded a penalty after a clumsy challenged by Benjamin Henrichs on Mário Fernandes, and Bibras Natcho stepped up to convert the penalty. Shortly after Volland made a cheeky play in the box, but his shot hit the far post.

The result means that CSKA can no longer qualify for the round of 16 of the UEFA Champions League. Bayer Leverkusen at the meantime are through to the next round if Tottenham Hotspur lose to AS Monaco later today.

Fedor Chalov was the player of the game, as the 18-year-old was a constant threat to Bayer’s defence. This was Chalov’s first start in the Champions League, and surely will not be his last.