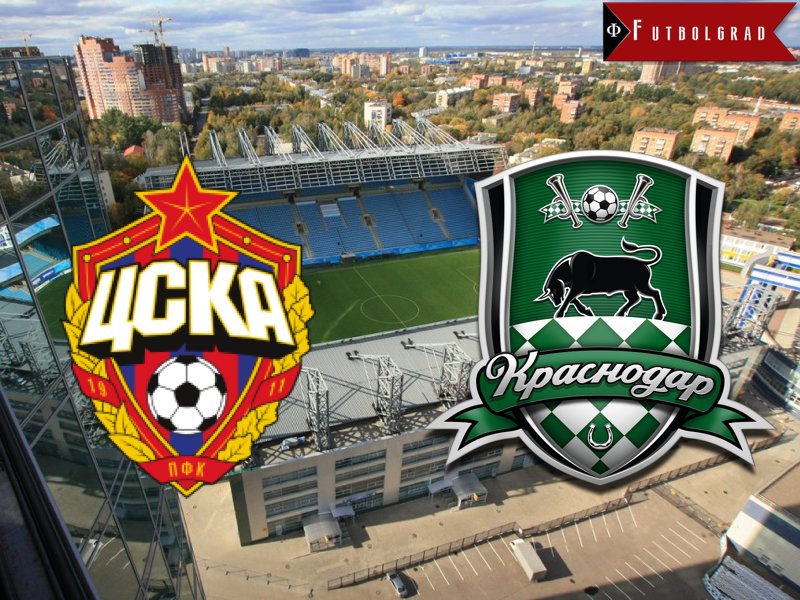 Our match of the weekend takes us to the outskirts of Moscow, more precisely the Arena Khimki for CSKA Moscow vs Krasnodar. The match between first placed CSKA Moscow, and fourth placed Krasnodar will be widely anticipated in Russia, as the result will have a major impact on the Russian championship.

CSKA Moscow are currently six points clear of Krasnodar, but even if Krasnodar wins the match and reduces the gap to three points, the Bulls (as Krasnodar are known) are already out of the title race. The Russian Football Premier League (RFPL) uses matches won as the first tie breaker should two clubs gain the same amount of points. CSKA Moscow have 18 wins, as opposed to Krasnodar’s 15 victories, and even by winning the last two games Krasnodar could reach CSKA in points but not victories.

This, however, does not mean that Krasnodar will go into the match without motivation, as the Bulls could still catch up with second placed Rostov, who will play Ural on Monday, and therefore still have an outside chance to reach the qualification for the UEFA Champions League by finishing second in the table.

CSKA Moscow on the other hand could make a major step towards securing their eighth Russian championship—their 13th national championship including the five championships won during the time of the Soviet Union. A victory by CSKA Moscow would mean that the gap would be at least two points to second placed Rostov, but a tie in the last match against Rubin Kazan might still not be enough for CSKA, as Rostov could tie the former Red Army club in points and victories, in which case the next tie breaker would be head to head, which Rostov has won (3-2 on aggregate).

That is, of course, if Rostov is not found guilty of using the banned substance meldonium. FIFA tested eleven players after Rostov’s 2-1 victory over Dinamo Moscow on Thursday. The consequences according to Sport-Express could be dire, because should the results come back positive on all eleven tested players, FIFA, could, theoretically, exclude Rostov from the current championship in which case Rostov would be automatically relegated to the amateur competition (more on the subject here). In this, rather unlikely scenario, CSKA Moscow would only need a tie to win the championship on Monday.

In the case that either all or the majority of Rostov’s players are found not to have taken meldonium, the former Red Army club will be crowned champions if they win their game, and at the same time Rostov fail to win their match against Ural Yekaterinburg. Russia’s third title contender, and current champion, Zenit Saint Petersburg, will be eliminated should CSKA Moscow win their match on Monday, as the gap between the two clubs stands at four points.

But Krasnodar have been in excellent form in the last five RFPL matches, winning four, and tying one of the last five games. The results have been largely due to the excellent form of striker Fedor Smolov, who has been the best player in Russia since the winter break (read his profile here). At the same time Krasnodar’s last defeat in a competitive game came against CSKA Moscow—a 3-1 lose in the semi-final of the Russian Cup on April 20. With everything on the line the match should be balanced, however, and the most likely result will be a tie, setting everything up nicely for a photo finish for the Russian championship on match day 30.