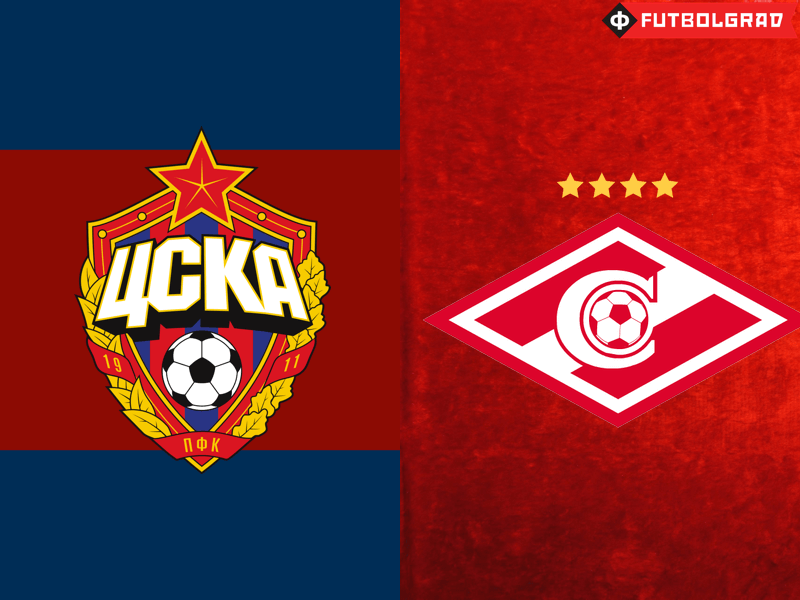 After a three month long winter break the Russian Football Premier League (RFPL) returns this weekend. Fans will be treated to a classic right away, as league leaders CSKA Moscow will host city rivals Spartak Moscow at Arena Khimki on Sunday March 6 (19:30 Moscow time). This will be the last derby in Khimki as CSKA will move to a new stadium in the summer.

Although Dinamo Moscow vs Spartak Moscow has the distinction of being Russia’s oldest derby, CSKA Moscow vs. Spartak Moscow is now considered to be the most heated derby in all of Russia.

The prominent Russian sports journalist Igor Rabiner explained to Futbolgrad that the Dinamo Moscow vs. Spartak Moscow derby was important for the four Starostin brothers (Nikolai, Aleksandr, Andrey and Pyotr), who founded Spartak. Their rivalry was linked to the fact that Lavrentiy Beria, NKVD (KGB) boss and Dinamo patron, was responsible for their ten year imprisonment in the Gulag labour camp system in 1942 (they were rehabilitated after Stalin’s death), and as a result hated everything associated with Dinamo. 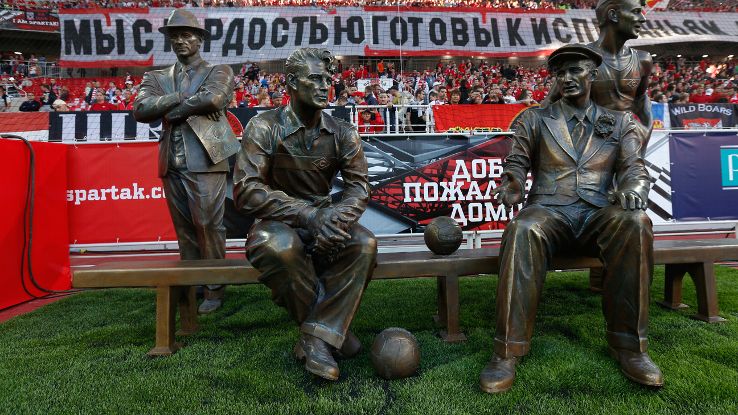 CSKA Moscow vs Spartak Moscow – The Institution vs the People

Spartak Moscow fans know that their club is built on the foundations of being a People’s Team, as opposed to a team that was propped up by a Soviet institution, as was the case with Dynamo Kyiv—a club backed by the communist party of Ukraine—or CSKA Moscow—a club that maintains connections to the military to the present day.

To a certain degree, however, the rivalry between the two clubs did not intensify until 2001, when Yevgeny Giner bought CSKA Moscow. Between 1992 and 2001 Spartak Moscow had won nine out of possible ten championships. Then in 2003 Lokomotiv Moscow became the first club—since Alania Vladikavkaz won the title in 1995—to break Spartak’s dominance. Hence, it first appeared that Lokomotiv would become Spartak’s biggest rival, but Lokomotiv, as the least supported club in Moscow, lacked the fan support to build up a proper rivalry with Spartak.

Thanks to Yevgeny Giner’s good connections with Russia’s then emerging oil and gas industry, CSKA Moscow was able to sign several high profile sponsorship contracts—including a three year sponsorship deal with Sibneft that was worth $54 million. Sibneft’s ownership by oligarch and Chelsea owner Roman Abramovich led to an investigation by UEFA over suspicions about whether Abramovich, and not Giner, was the owner of CSKA Moscow – a link that could not be proven.

Fuelled by new riches CSKA Moscow was able to make big investments on the transfer market, which led to its first Russian title win in 2003—they have since added another four Russian championships—and in 2005 they also became the first Russian club to win a European trophy when they beat Sporting Lisbon 3-1 in the UEFA Cup Final. In the 2000s CSKA Moscow—together with Zenit Saint Petersburg—became Russia’s most successful club. 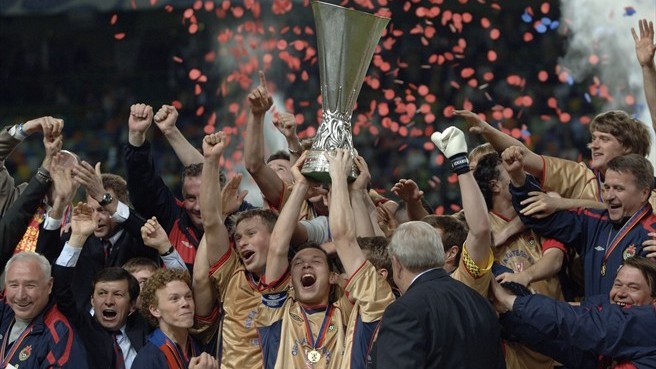 For Spartak fans the quick rise to the top of Russian football, as well as the questionable origin of CSKA Moscow’s money, has been a major issue of contention —despite the fact that an oligarch also owns Spartak. Furthermore, Spartak have not won a title since winning the Russian Cup in 2003, further adding to the animosity towards their successful league rivals.

CSKA Moscow is the clear number one in the Capital

Indeed chances are high that CSKA could add another title to their collection this season. CSKA Moscow currently lead the league table, three points ahead of surprise package FC Rostov, and four points ahead of city rival Lokomotiv Moscow. At the same time, however, the Red Army club has seen a surprising slip of form, as CSKA Moscow only managed one win in their last five RFPL matches before the winter break.

Spartak are currently in sixth place, only seven points behind CSKA Moscow—and even on points with both fourth placed Zenit Saint Petersburg and fifth placed FC Krasnodar. With the top six teams in the league only seven points apart, and with most clubs showing inconsistent form before the winter break—only Krasnodar has been in good form in their last five matches winning four and losing one—the title race will likely be a very close one.

Both clubs were busy during the transfer window in the winter. Spartak Moscow lost Serdar Taşçı to Bayern, but were able to add to their already impressive striker force by signing the Paraguayan Lorenzo Melgarejo from league rivals Kuban Krasnodar. It will be interesting to see how Melgarejo will fit in with Quincy Promes, who leads the league in goals.

CSKA Moscow meanwhile has lost striker Seydou Doumbia, but the Red Army team was able to sign playmaker Sergey Tkachev from Kuban Krasnodar, and Nigerian striker Aaron Olanare from China, as well as the central midfielder Roman Shirokov from Spartak Moscow. Shirokov’s move from Spartak Moscow to CSKA Moscow will add some spice to the match, as journalists in Russia have labelled him a mercenary as he has no problem moving from one rival club to another, and it will be interesting to see how both fan groups will react to Shirokov’s move between the two city rivals.

CSKA Moscow vs Spartak Moscow – Who Can Make a Statement?

Both teams will be attempting to make a major statement on Sunday. CSKA Moscow’s Zoran Tosić told championat.com that the new players have made CSKA stronger, and “that we will show our title ambitions on Sunday.” CSKA Moscow beat Spartak in the first match of the season 2-1, hence Spartak will be out for revenge.

In terms of the title race a Spartak victory would bring them within four points of CSKA Moscow. CSKA Moscow will want to show their competitors that the poor run of form before the winter break is now over, and that they are indeed the favourite to win the Russian title. So how will this match end? Both clubs are relatively even on the pitch with CSKA Moscow having the advantage in defense, and Spartak the better offense. Everything may come down to which coach can better prepare their respective teams.

CSKA Moscow’s coach Leonid Slutsky is not only more experienced than Spartak coach Dmitri Alenichev, but is also known for his pragmatic defensive approach, which in an emotionally charged atmosphere might give CSKA the necessary advantage to win the match.