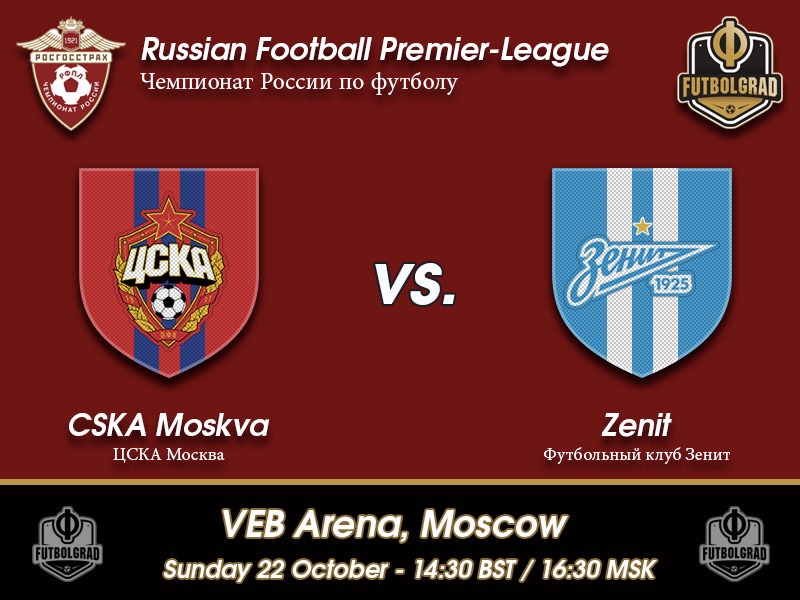 CSKA Moscow vs Zenit Saint Petersburg will take place at the VEB Arena in Moscow. (Photo by Epsilon/Getty Images)

What a difference a few weeks make. After the previous winter break, CSKA were looking well out of touch in the title race with Roberto Mancini’s charges in complete control of the Russian Football Premier League. Since then, however, CSKA haven’t conceded in the league as they have edged gradually back up into the Champions League qualification places while Zenit have dropped five points in the last two games, leaving this weekend’s hosts potentially one point behind with a win.

Granted, the Armymen have been very poor in the Champions League since shocking Benfica in Lisbon thanks to Timur Zhamlaetdinov’s winner, but they have emerged from a troubling injury-hit period unscathed domestically. The backs-against-the-wall performance to cling onto a 1-0 win against close rivals Krasnodar with a threadbare side was heroic, and with hopes of reaching the knockout stages of Europe’s premier competition all but extinguished now, they are well placed to launch an improbable assault on the Premier League.

Aleksandr Golovin and Pontus Wernbloom returned from injury midweek and will be available, with question marks remaining over the fitness and availability of Vasili Berezutskiy and Alan Dzagoev. The likelihood is that Zhamaletdinov will once again play a significant role after another mature performance in the 2-0 loss to FC Basle, allowing the more muscular presence of Aaron Olanare to be an option from the bench. Last season’s golden boy, Fedor Chalov, has seemingly fallen in the pecking order but is fit.

Zenit are hardly in crisis mode. The humiliating 1-0 home defeat to Arsenal Tula was their first domestic loss of the season, they still hold first place, and they are one of only four teams with a 100% record in the Europa League. The size of their squad means they can afford to drop some key players and still be able to replace them; the question is, does Mancini feel the need to do so. This represents the Italian’s first minor challenge – the first slight dip in form – but given his infamous stubborn nature, it is unlikely he will bow to whatever pressure they may be to change the lineup.

Sebastián Driussi arrived with a sizeable reputation despite his relatively tender age but has hit a terrifyingly poor run of scoring form. Since netting twice against Rubin Kazan back in July, he has scored just once in 17 appearances in all competitions. It has opened the door slightly for Artem Dzyuba to have a crack at reclaiming his starting position, with the latter featuring in all of the last five league games, but it isn’t certain who will get the nod away in Moscow.

The comfort with which they have sailed through the first half of the Europa League group stage shows that they are capable of finishing off opponents. Aleksandr Kokorin remains at the top of the RFPL scoring charts and has been directly involved in 18 goals in 20 appearances in all competitions so far this season, so will be a significant threat. Perhaps the most significant advantage Zenit can hope to have is the uncertainty their opponents will have over the composition of their starting XI, but Kokorin is certain to feature heavily.

The youngster has shot through to prominence this season having been a huge part of the youth team’s successful campaign in the UEFA Youth League last term, but his ability has long been known—what has come as a surprise is how he has managed to hold off the likes of Fedor Chalov and the slightly more experienced Olanare. He has earnt his place on merit, however, even when taking into account the thin squad and recent injury issues. Zenit will need to keep the confident forward quiet if they want to control the game.

The Italian skipper is one of only three ever-present players in the Zenit Premier League starting XI alongside Kokorin and Andrey Lunev, and there is a good reason why. His composure on the ball is an unheralded foundation for many Zenit attacks, but more importantly, his authority has been needed in recent weeks as Miha Mevlja has been drafted in. CSKA don’t come close to boasting Zenit’s attacking riches as a whole squad, but the misfiring livewire Vitinho and Zhamaletdinov form a slightly unusual but highly effective partnership that will expose a faltering backline. I Criscito hold the defence together; they will be confident of coming away with at least a point. 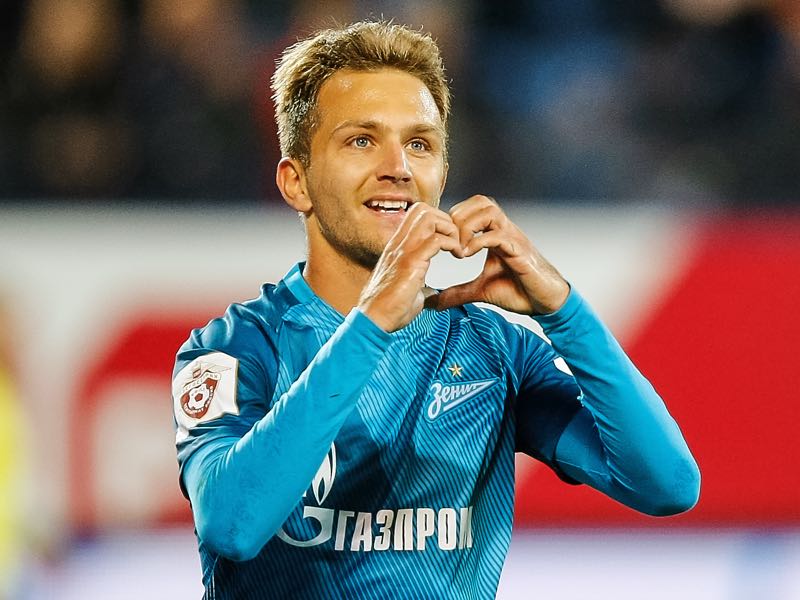 Domenico Criscito will be the Zenit player to watch. (Photo by Epsilon/Getty Images)