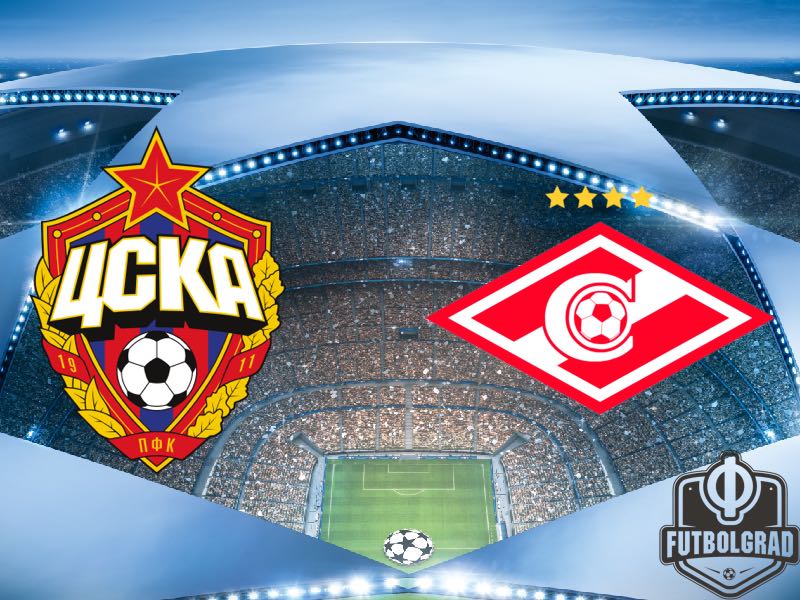 It has been a busy matchday for the Russian Football Premier League sides in Europe. Russia has sent four teams to European competitions this season with Spartak Moscow and CSKA Moscow playing in the UEFA Champions League. With four matches gone in the Champions League, it is time to take a look at the Russian clubs’ chances to advance from their respective groups.

It all started so well for CSKA Moscow in this UEFA Champions League season. The Red Army team managed a famous 2-1 victory over Benfica at the Estadio da Luz in Lisbon. Young Timur Zhamaletdinov was the scorer of the game-winning goal in the 71st minute. In 2014 Zhamaletdinov made the Next Generation list published by the Guardian, and now on his Champions League debut, the 20-year-old scored his first ever goal. Unfortunately, it would remain the only highlight for CSKA and Zhamaletdinov in Group A.

Hosting Manchester United on matchday 2 at the VEB Arena CSKA were hoping to celebrate a football festival. But instead, CSKA were crushed by the Red Devils, who scored four goals before Konstantin Kuchaev scored a late goal for CSKA to make it 1-4. Konstantin Kuchaev’s goal was perhaps the only bright spot for the side—like Zhamaletdinov Kuchaev has come through CSKA’s youth academy and is considered another bright prospect for both CSKA and Russia.

With a victory and a defeat in the banks, CSKA were going into the doubleheader against Basel. In many ways, the matches against the Swiss were seen as the determining factor of where CSKA will end up in this group. Basel shocked CSKA in Moscow winning 2-0 taking an edge in the race for the second spot behind Manchester United—the Red Devils have made no mistakes defeating Benfica twice.

Basel’s 2-0 victory meant that CSKA were in trouble and the performance at home against the Swiss side suggested that CSKA would also struggle in Basel. But Russian teams have that ability to surprise opponents when they appear down and out. CSKA went down at the St. Jakob-Park after Luca Zuffi strike in the 32nd minute. But Alan Dzagoev and Pontus Wernbloom turned it around for CSKA, who took the three points from Basel.

The results mean that Manchester United lead the group with 12 points ahead of Basel and CSKA Moscow, who are both on six points each and are almost a lock to advance to the next round. In their current form, Manchester United will be among the favourites to win the title this season, Betdsi will have odds, review them before wagering. Basel in the meantime have the head-to-head advantage over CSKA Moscow, but with the results, even the last two matches in Group A will mean a spectacular final in which both teams could still advance.

Drawn into a group with Liverpool, Sevilla and Maribor Spartak may have felt that their best bet to survive in Europe into the spring would be via the Europa League route. But with four matches gone in Group E, everything is still possible for the Myaso despite a disappointing 1-1 start against Maribor in Slovenia.

Spartak, however, were able to take confidence that Liverpool and Sevilla also split points on matchday 1. Spartak then next welcomed Liverpool FC on matchday 2 in what was one of the most anticipated international games in Spartak’s recent history. With the Otkrytiye Arena entirely sold out Spartak took the game to Liverpool and after a fantastic Fernando freekick even took the lead against the English giants in the 23rd minute. Liverpool’s class, however, was evident and in the 31st minute, Philippe Coutinho equalised for the Reds. Spartak, however, managed to hang on taking a vital point.

Then on matchday 3, Spartak were brilliant. Hosting Sevilla Spartak Moscow dismantled the Spanish side winning 5-1. Dutch winger Quincy Promes was especially brilliant scoring two goals and giving two assists announcing his arrival on the Champions League stage after some issues with his fitness. The 5-1 result meant that Spartak were now in the driver’s seat to advance from Group E ahead of Sevilla. 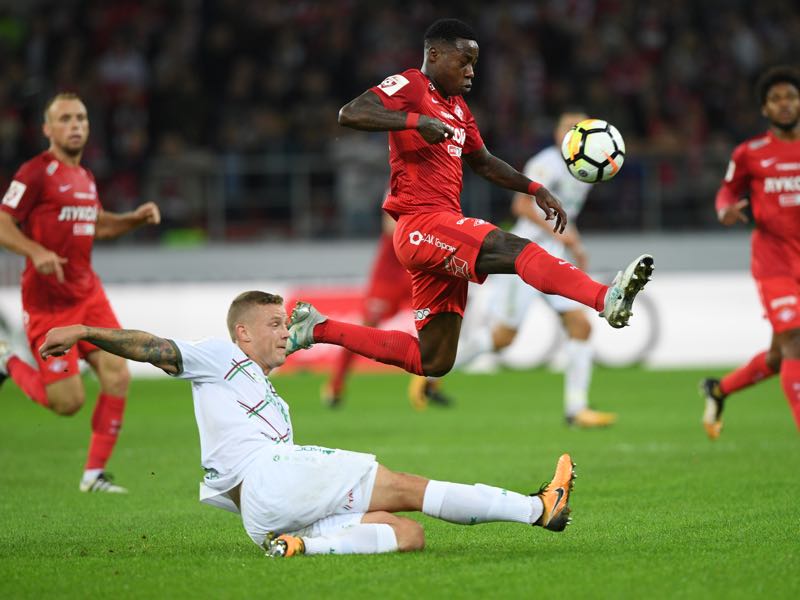 Quincy Promes was in fantastic form for Spartak Moscow in their Champions League victory over Sevilla. (Photo by Epsilon/Getty Images)

But Spartak have always had a history of flakiness. Going into Spain, even a draw would have meant an advantage. Goals by Clément Lenglet (30th) and Éver Banega (59th) meant that Spartak were even in danger of losing their head-to-head goal advantage. Sevilla pressured, but thankfully Spartak’s Zé Luís managed a 78th conciliation goal, and with a little luck Spartak could have gotten a late draw.

As it stands Liverpool lead Group E with eight points and are closely followed by Sevilla, who have now collected seven points. Spartak in the meantime are on five points, but will be hosting Maribor on matchday 4 and with Sevilla and Liverpool facing each other could close the gap significantly to set up a great final matchday in Group E in which Liverpool, Sevilla and Spartak could be battling it out for the two top spots in the standings.

It has been a mixed Champions League season for the two Moscow based clubs. But with two matchdays to go both CSKA and Spartak could still advance from their groups and indeed CSKA’s Group A and Spartak’s Group E could be the most exciting groups to follow as we approach decision day in the Champions League.