The Azeri national team is increasingly looking abroad to find new recruits for the national team. Fuad Alakbarov has taken a look at Ozancan Kokcu, Richard Almeida, and Renat Dadashov, who are all now eligible to play for Azerbaijan.

In Azerbaijani Turkic mythology, Basat’s heroic battle with Tapagoz was easy compared to Azerbaijan’s challenge in Group C of qualification for the 2018 World Cup. The Milli are pitched against three strong European sides, among them World Champions Germany, the Czech Republic and Northern Ireland.

After several disappointments in succession at the tournament qualifications, it has been a while since Azerbaijani supporters have had something to get excited about. Azerbaijan’s national team head coach, Robert Prosinečki, has described his team as the surprise package. Even a 4-0 loss in Belfast did not ruin the team’s spirit.”In such tough times, [the national team] is a little bit of a positive light for Azerbaijan,” said a 27-year old supporter. 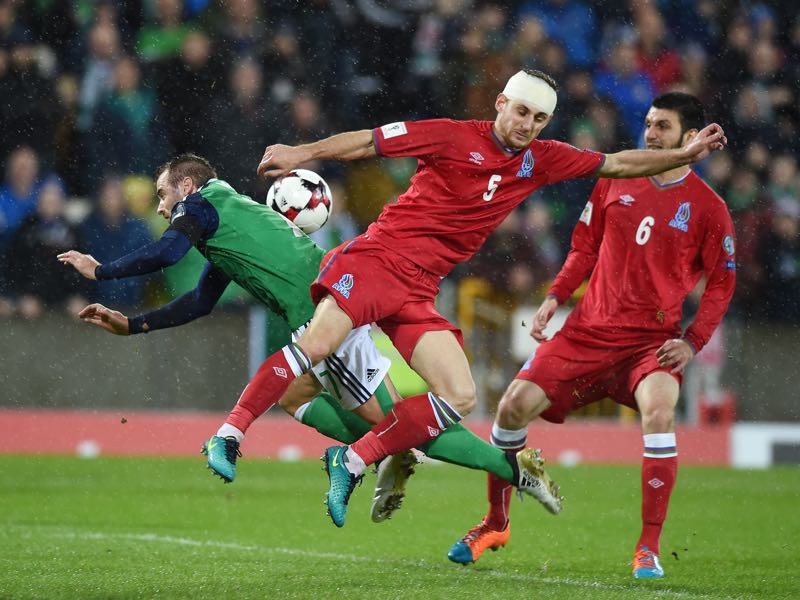 Despite a negative result the Azeri took a lot of pride from their game against Northern Ireland. (Photo by Charles McQuillan/Getty Images)

The country is currently going through some significant economic and political changes, and there are not many positive stories coming out of the tiny Caucasus Republic. “For the whole world, we are always going to be the revelation, and even more so during the qualification stage,” added a man from Baku. 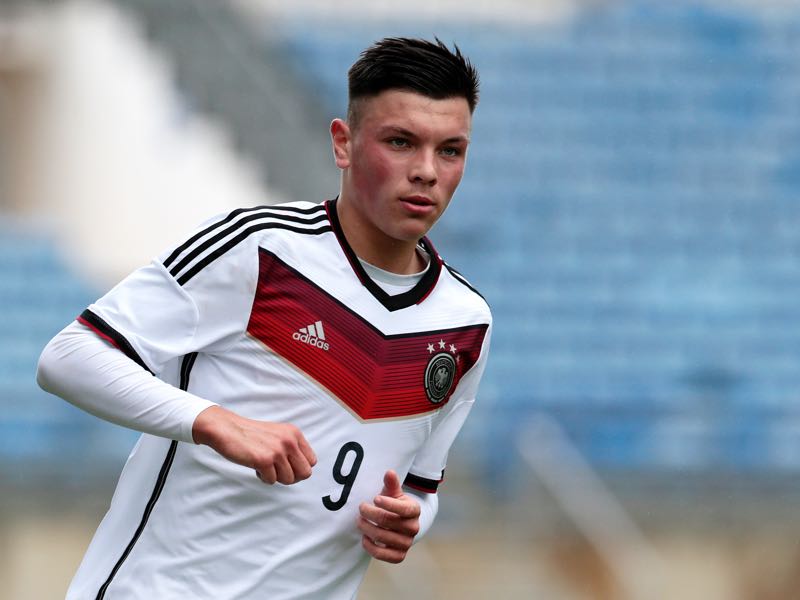 Tactical awareness is allegedly a chink in Prosinečki’s armour. On the other hand do not mistake the Croatian for someone who just collects the balls and lays out the cones. Prosinečki has the ability to attract players from abroad who could be eligible to play for Azerbaijan’s national team. But who could fit into Prosinečki’s plans?

The Azerbaijani Football Federation are continuing to lay down the foundations for the future by targeting Feyenoord Rotterdam prodigy Ozancan Kokcu.

The 18-year-old midfielder is highly rated on the continent and the Dutch side are resigned to losing him at the end of the season when his contract expires—both Tottenham Hotspur and Everton are looking to swoop in for the midfielder. Spurs and Everton have made a conscious effort to target some of the game’s most thrilling talents in recent seasons, and Kokcu certainly fits the bill.

Kokcu is a versatile player who can be used either on the wings, or in the number 10 position behind the striker.

The youngster has represented Azerbaijan at the under-19 level and scored a goal during his debut. He has been invited to link up with Azerbaijan’s senior team when he is eligible. Kokcu is also eligible to play for Turkey and the Netherlands at the international level.

The naturalisation of some of the Azerbaijan Premier league’s star players has been heavily criticised by local football pundits as ineffective way to improve the national team. But Qarabag Agdam is a club that combines home grown talent with Brazilian ability, and Prosinecki now plans to emulate this at the national team.

Richard Almeida, a 27-year-old Brazilian, has improved consistently season after season at Qarabag and is now vital to Prosinečki’s set up. Although overshadowed by the reputation and ego of his former teammate, Reynaldo, Richard showed at this year’s Europa League that he is capable of being the talisman for a team.

Not only did he come up with crucial contributions, he was also an excellent blue-collar team player. In addition, his incisive passing and dribbling through the lines is a joy to behold. Local supporters will be eager for the Brazilian playmaker to better his nine goals and eleven assists of the last campaign.

During the UEFA European Under-17 Championship, a banner was unfurled in one of the stands before kick-off, that payed homage to Dadashov, whose parents hail from Azerbaijan. The Eintracht Frankfurt front-runner is technically gifted, and likes to drop deep to get on the ball.

In January 2017, the FIFA Players’ Status Committee granted a request from AFFA and Renat Dadashov, that allowed the player to switch associations.