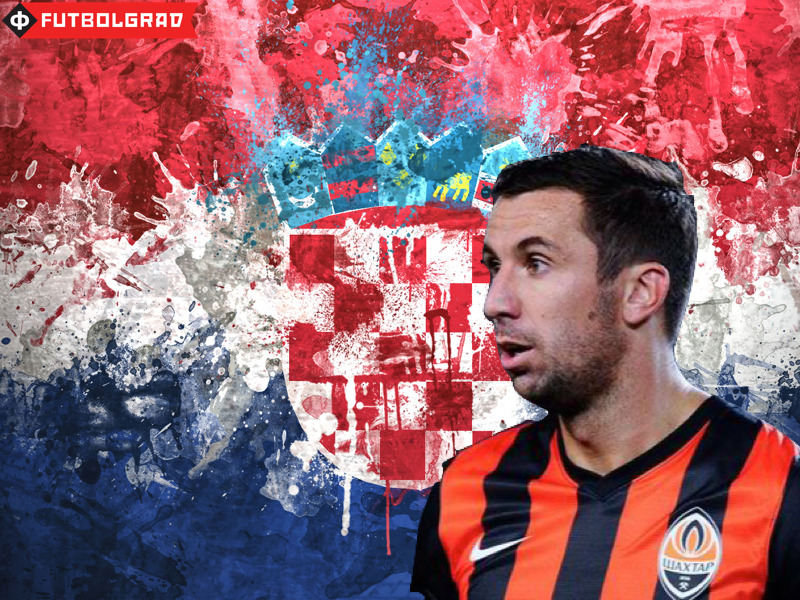 Darijo Srna – Shakhtar is My Second Home And Family

Darijo Srna, Shakhtar Donetsk and Croatia national team captain, is indispensable to both Shakhtar head coach Mircea Lucescu’s plans and the Croatian national team’s aspirations. For almost 13 seasons now, Srna has firmly held the right back position in Shakhtar’s starting XI; he is only 11 games short of breaking Mykhaylo Sokolovsky’s club record of 485 appearances. Srna, who is often referred to as the “Icon of Shkahtar”, has been the captain of Croatia’s national team for 8 years and with 127 appearances holds the record for the most caps in Croatian history.

Srna recently talked to Sportske Novosti, the Croatian sports daily, about his career and 2015 in general. In the extensive interview, the 34-year old right-back talked about retiring from international football after the European Championships in France and, what is more interesting from a Ukrainian perspective, about his future in Shakhtar Donetsk.

When speaking about 2015, Srna said: “It was a good year. Croatia qualified to EURO, while Shakhtar is level with Dynamo Kyiv at the top of the Ukrainian Premier League table. In the Champions league, we played well, considering that we played all our games as guests, and now the goal is to go all the way in the Europa league.”

In May, Darijo will celebrate his 34th birthday, an advanced age for a footballer. Various media reports, therefore, speculate about his retirement. Upon being asked if he will retire soon, Darijo replied:

“God forbid! I feel too good, both physically and motivationally to stop playing. I’m still 33, and have a few years ahead before retiring.”

Srna also responded to questions about signing a new contract with the Donetsk-based club, as his current contract expires at the end of the season:

“We still didn’t talk about contract extension, but that’s not a problem. Shakhtar is my second home and family, all my visions and plans are associated with this club! I have a superb relationship with president Akhmetov and, after 13 years of cooperation, we need only five minutes to decide and agree about my future. Of course, there is always a plan B.”

Concerning plan B and recent reports that Arsenal is close to signing him, Srna answered:

As Srna emphasizes in the interview, his short-term goals are to participate in the European Championship next summer and to stay with Shakhtar. Let’s be honest, a player who has declined offers from clubs like Chelsea and Bayern Munich because of his loyalty to Shakhtar and the people of Donbas, is unlikely to leave Ukraine any time soon.